Human induced pluripotent stem cell derived macrophages (iPSDMs) provide a cell-based model system to study chlamydia infection in the laboratory. Amy Yeung from Wellcome Trust Sanger Institute explains how she used this model in combination with CRISPR-Cas 9 technology to explore the potential of the two genes, IRF5 and IL10RA, as drug targets… 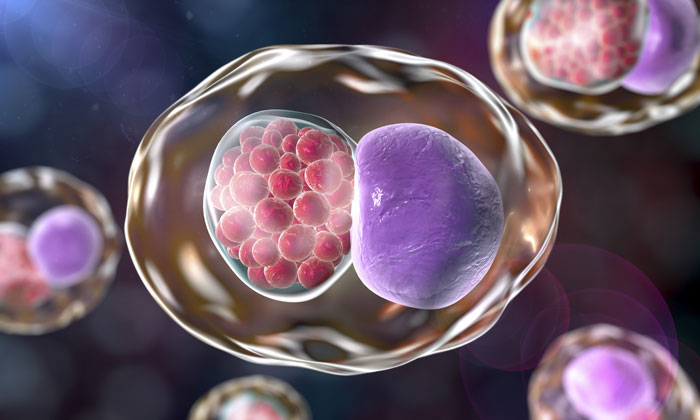 Chlamydia is one of the most common sexually transmitted infections in the UK and globally, accounting for 46.1% of all STIs diagnosed in 2015 (reported by Public Health England). There are various species of the bacteria that can cause infection: the most common being C. trachomatis. Chlamydia is often dubbed the ‘silent disease’, as it rarely produces symptoms in infected individuals early on. However, left untreated, chlamydial infection can trigger pelvic inflammatory disease, leading to infertility or life-threatening ectopic pregnancy. Chlamydial infections can also lead to blindness and reactive arthritis. Although chlamydia is a major bacterial pathogen in the community, it remains one of the less well-studied microorganisms. Antibiotics such as azithromycin and doxycycline are commonly used to treat infections but, due to the increasing threat of antibiotic resistance, there is an urgent need to develop new therapeutics. However, in order to do so we must first understand how chlamydia interacts with our immune system.

One of the major hurdles to studying the complex interactions between chlamydia and human macrophages is the lack of an appropriate cell-based model system to study infections in the laboratory. Macrophages derived from mice are commonly used, but there are critical differences in response between mouse and human macrophages. Other common models include the use of immortalised human macrophage lines (cells engineered to proliferate indefinitely), but their genomic arrangements are far removed from the normal genetic state. Primary macrophages derived from human blood have also been used, but the macrophage responses can vary between donors, and primary macrophages are inherently difficult to genetically manipulate.

Human induced pluripotent stem cell derived macrophages (iPSDMs) overcome these drawbacks and we provide support in our paper that these cells can be used as an alternative source of primary human macrophages to study chlamydial infection.1 In our paper, we described an optimised method to differentiate human induced pluripotent stem cells, generated from human genetic resources, into macrophages. The iPSDMs displayed high levels of macrophage markers, including CD11a, CD14, EMR1 and CD68, whereas stem cell pluripotency markers, SSEA4 and OCT3/4 were no longer detectable.1 Results of a transcriptomic study of naive iPSDMs compared to primary human blood monocyte-derived macrophages, showed over 95% similarly expressed genes in both cell types, suggesting iPSDMs can be used as a surrogate for human blood derived macrophages.

We were able to show that iPSDMs support the full infectious life cycle of C trachomatis in a manner that mimics the infection of human blood-derived macrophages. The chlamydial strain we used for this study was engineered to express GFP, which allowed us to monitor the levels of GFP expression as an indication of the level of infection in the macrophages. Using the high throughput automated imagining platform, Cellomics CellInsight NTX, we could track the level of C trachomatis infection in macrophages from 1-48hr and showed that generally 5-7% of macrophages were infected 24hr post-infection.1 In support, using high resolution transmission electron microscopy, we could visualise detailed progression of the chlamydia particles inside the macrophages from 1-48hr post-infection.

Interestingly, genital C trachomatis infections can develop into chlamydia-induced arthritis in some infected patients, suggesting that chlamydia can exploit circulating monocytes/macrophages as vehicles for dissemination. Using the Cellomics imagining platform, we could show that chlamydial progeny released from infected macrophages were highly infectious and only low infectious doses were needed to infect new cells.1

Omics analyses are generally very useful, as they provide a comprehensive detection of genes (genomics), mRNA (transcriptomics), proteins (proteomics), and metabolites (metabolomics) in a specific biological sample. For instance, we showed that, at 24hr post-infection of macrophages with C trachomatis, over 2,000 macrophage genes were dysregulated.1 The majority of the dysregulated genes were involved in immune functions, including type I interferon (IFN) response.1 However, in order to identify the key macrophage genes involved in fighting chlamydia for drug targeting, we needed to perform functional validation. To do this, we turned to CRISPR/Cas gene editing technology.

CRISPR/Cas technology has emerged as a powerful tool for engineering genomes in diverse organisms. In this study, we adapted an efficient and robust method2 using CRISPR/Cas9 for the generation of biallelic knockout mutations in human induced pluripotent stem cells (iPSCs). Using Cas9 nuclease and simple targeting plasmids, the homozygous knockout clones that we generated contained a targeted deletion in one allele and a non-homologous end joining- (NHEJ) induced frameshift mutation of the second allele. This method not only improved the frequency of biallelic mutations, but also greatly simplified the final genotyping step of the mutant clones by requiring only Sanger sequencing, and thus is particularly useful for the generation of biallelic mutants at scale. The mutations generated in the human iPSCs are also highly stable, such that the mutation is maintained during the process of differentiation into macrophages. To validate this methodology and uncover new key players in macrophage-chlamydia interactions, we explored two candidate genes identified from our omic analyses, namely interferon regulatory factor 5 (IRF5) and interleukin 10 receptor α (IL10RA).

After generation of a human iPSC knockout mutant in the IRF5 gene, we demonstrated that the IRF5-/- mutant human iPSDMs showed increased susceptibility to C trachomatis infection compared to the parent iPSDMs. Transcriptomic analysis of the IRF5-/- mutant versus parent iPSDMs revealed changes in expression of a variety of factors involved in interferon signalling, including STAT1, IRF7, and IFITs.1 There we provided additional support that elements of the type I interferon pathway are essential for anti-chlamydial defence.

Overall, we can conclude that IRF5 controls critical mechanisms that limit the excessive growth of chlamydia in macrophages, enabling macrophages more time to exert their critical role in defence against the bacteria. Interestingly, current studies describe the development of drug inhibitors for IRF5 activity for treating inflammation and autoimmune diseases.3 However, our data suggest making careful considerations for using IRF5 inhibitors, because a consequence may be increased susceptibility to chlamydial infection.

Another interesting mechanism in chlamydial infection is IL-10/IL-10R signalling.  Associations of genetic variations (polymorphisms) in IL-10 with chlamydial disease pathogenesis have been reported; therefore, the role of IL-10/IL-10R signalling in infection is complex. IL-10 signals through interaction with its corresponding receptor, IL-10R, which consists of two chains – α and β. IL-10/IL-10RA/B interaction leads to the activation of several intracellular signalling pathways, causing pleiotropic effects such as the suppression of inflammation and induction of apoptosis. In this study, we report that blocking IL-10 signalling by a homozygous knockout of IL-10RA in human iPSDMs led to increased susceptibility to C trachomatis infection. This strongly supports a role for IL-10 in limiting chlamydia infection of macrophages. In addition to chlamydia infection, IL10 receptor has been studied as a therapeutic target in cancer and psoriasis.4,5

This model system can be extended to other pathogens to advance the understanding of complex host-pathogen interaction. Moreover, we can use this system to study the role of human genetics in influencing the outcome of infections and other disease states. The next step would be to adapt our model system to perform high throughput drug screens to identify novel drug targets for limiting bacterial infections.

Discover more about targets in our Targets In-Depth Focus

Amy Yeung is a research fellow at the Wellcome Trust Sanger Institute, working in Gordon Dougan’s group to develop novel alternative approaches to study host-pathogen interactions. Specifically, she uses omic analyses (transcriptomics, proteomics), and cellular assays (CRISPR/Cas, stem cells, high throughput imaging platforms) to understand the process of infection and identify novel host genes and mechanisms involved in pathogen interaction. Dr Yeung graduated in Biochemistry from the University of British Columbia and completed a PhD in Microbiology and Immunology at the same university. 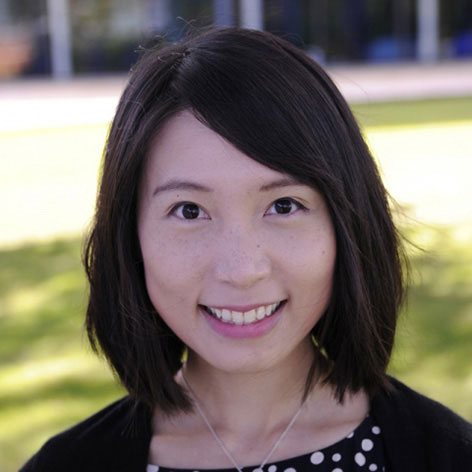