Many drugs fail in clinical trials due to toxicity-related issues; therefore, drug-mediated cellular toxicity should be determined at an early stage in the drug discovery value chain. There are many assay systems that can be utilised to measure cellular toxicity. In this article we demonstrate that intracellular ATP concentrations are a sensitive method with which to determine cellular toxicity and, as a validation exercise, we report a screening compatible cellular toxicity assay protocol. More importantly, we report the output of a Proof-of-Concept screen that made use of this assay against a known drug library and the MCF-7 cell-line. The results will be beneficial for those engaged in drug repurposing.

An understanding of the ADME-tox profile of a compound is important when deciding if it should be progressed in the drug discovery value chain. Failure to identify potential problems with a compound at an early stage will make it more likely to fail in the clinic. In order to mitigate such risks, cellular assay systems are being extensively used in screening campaigns against diverse compound libraries to identify chemical starting points for drugs.1,2 The hits from these screens are generally weakly active with IC50in the low micromolar range and a major issue with this is the associated compound mediated cytotoxicity. As a consequence, it is necessary to determine to what extent any observation is related to the desired drug target and the undesired off-target effects that could underlie the observation.

CRISPR approach could limit toxicity of CAR-T therapy in AML…

With regard to cellular toxicity, cellular ATP is a commonly used marker for cell viability as this is the primary energy source in cells.3 Following the loss of membrane integrity during necrosis or the latter stages of apoptosis, cells are unable to synthesise ATP. Meanwhile, endogenous ATPases rapidly hydrolyse the remaining intracellular ATP. Therefore, the amount of cellular ATP positively correlates with the number of metabolically-active cells and a measure of cellular ATP can be used to quantify cellular toxicity. A particularly sensitive assay to measure compound-mediated cellular toxicity is the CellTiter-Glo®Luminescent Cell Viability Assay system. This utilises the available intracellular ATP by a reagent containing thermostable luciferase and luciferin, which undergoes oxidation to oxy-luciferin resulting in the production of light. The amount of light produced correlates with the number of metabolically-viable cells.

In a Proof-of-Concept study, we have screened the SCREEN-WELL® FDA v. 2.0 Approved Drug Library,4 which is a widely used set of approved and clinical compounds, in the CellTiter-Glo®Luminescent Cell Viability Assay and report a standardised assay protocol and the output of the study. In this study, we made use of the MCF-7 cell-line as it is a well-characterised breast cancer cell-line and a good model system for drug discovery research.5,6 The results are publicly available and will be particularly useful for those scientists engaged in drug repurposing.7 This approach to drug discovery can accelerate as it exploits existing drugs that have well-characterised bioactivity, safety and bioavailability information, and is optimal for compounds whose patents have expired.8

a) Thereafter 100nL are transferred from the SCREEN-WELL® FDA v. 2.0 Approved Drug Library (2mM stocks) and 100nL from plates containing the controls (DMSO 100 percent v/v and medium) (Figure 1). All compounds and controls were stored at -20°C in Echo qualified microplates and, before addition to wells, equilibrated at room temperature for 30 min and spun down. 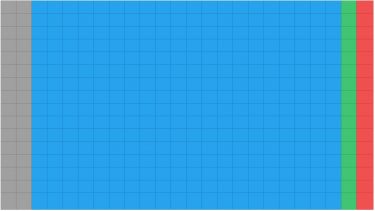 b) MCF-7 cells were harvested from a 175cm2flask at 80 percent confluency by washing them once using 10mL room temperature PBS and afterwards incubating the cells with 5mL Trypsin 0.05 percent / EDTA 0.02 percent for 3 min. Cells are suspended using 10mL of pre-warmed cell culture media using RPMI-1640 supplemented with 10 percent FCS, 100U/mL Penicillin and 100µg/mL Streptomycin for MCF-7 cells respectively. Cell number is counted using a Scepter. Cells are diluted to a concentration of 50,000 cells per mL and 20µL of this suspension is added to each well of the cell culture microplate (1,000 cells/well) using the multidrop reagent dispenseror a multichannel pipette. Cells were incubated for an additional 24 h at 37°C, 5 percent CO2and humidified atmosphere.

a) 10mL of CellTiter-Glo®Buffer was transferred into the amber bottle containingCellTiter-Glo® Substrate to reconstitute the lyophilised enzyme/substrate mixture. The reagent was mixed by gently vortexing, swirling or inverting the contents to obtain a homogeneous solution and incubated at room temperature for 20 min. This formed the CellTiter-Glo® Reagent.

b) Assay plates containing the cells incubated with compounds were removed from the incubator and equilibrated for 30 min at room temperature.

c) 10µL of the CellTiter-Glo® Reagent was added to cells using a Multidrop reagent dispenser or multichannel pipette, assay plates were centrifuged for 1 min at 700 x g and incubated for 10 min in the dark at RT.

d) Luminescence was measured on the EnVision plate Reader (Table 1and Figure 2). 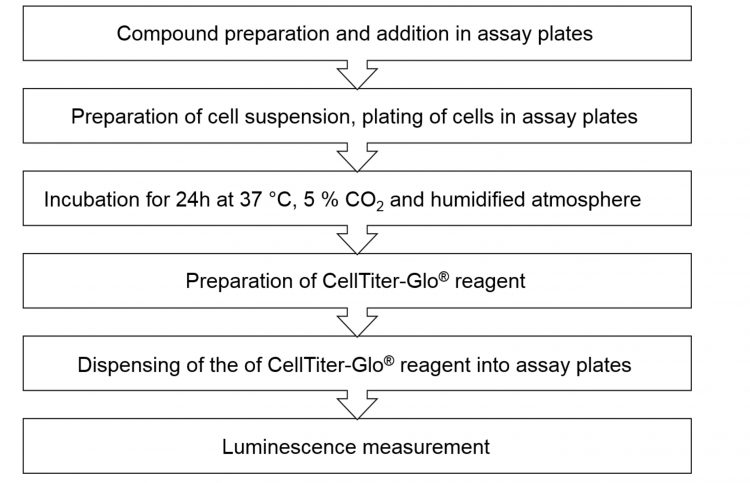 Figure 2: Workflow of the Proof-of-Concept screen. 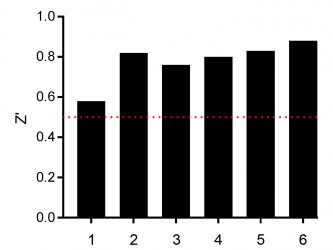 Before analysing the effect of the compound on cell viability, assay quality and robustness was analysed by calculating the Z’ value.8All assay plates yielded Z’ >0.5 revealing a robust and screening-compatible assay (Figure 3). 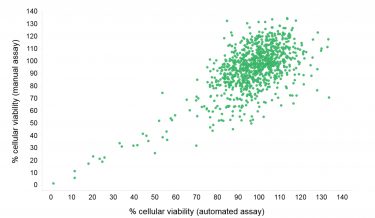 Figure 4: Compound effect on viability of MCF-7 cells seeded and screened automatically or manually. MCF-7 cells were incubated with compound for 24 h. Cell viability was subsequently detected using the CellTiter-Glo® Luminescent Cell Viability Assay that uses ATP as a marker for viability.

OLIVER KEMINER has more than 20 years’ experience in pharmaceutical research and early drug discovery within Eli Lilly, Evotec and European ScreeningPort. As a biologist he has broad experience in assay development and validation including biochemical- and cell-based assays as well as biomarker studies. He holds a diploma from the Ruhr-Universty of Bochum.

Antibodies allow for a targeted approach to cancer therapy

The race to find a coronavirus treatment: are antibodies the answer?