Getting precise: how humanised models aid in biologics drug discovery

Humanised immune system (HIS) models have enabled numerous in vivo evaluations of immuno-modulating biologic drugs and ongoing improvements continue to extend their utility. Paul Volden explores the application of HIS models in precision and personalised medicine with a focus on biologics, including how HIS models are used, why they are increasingly leveraged for drug R&D and considerations to ensure appropriate model selection. 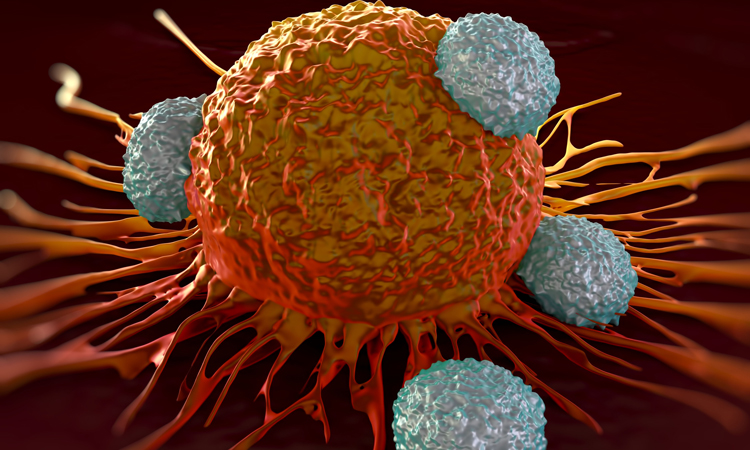 IN 2018 there were a record 59 US Food and Drug Administration (FDA) drug approvals, 17 of which were associated with biologic license applications, establishing a new single-year high for approved biologic therapies.1 According to the 2019 Pharmaprojects Pharma R&D Annual Review, biologics accounted for less than 30 percent of drugs in R&D pipelines in 2015, but three years later grew to represent four out of every 10 drugs in R&D pipelines.2 This R&D investment trend reflects the distinctive advantages of biologics.

Biologics tend to be highly specific to their target, bringing enhanced accuracy to precision medicine and yielding treatments associated with fewer side effects, lower toxicity and decreased likelihood of drug-drug interactions. Additionally, biologics have experienced higher rates of successful transition to the clinic. The likelihood of pre-clinical stage drugs making it to market was suggested to be more than three times greater for biologics than small molecules.3 However, the complexity of biologics contributes to prolonged research timelines and higher development costs. Biologic specificity is advantageous in the clinic but can introduce marked challenges during pre-clinical development.

In vivo modelling is a key pre-clinical research area challenged by biologic therapies designed for humans. This is because their drug specificity can severely limit or eliminate relevant therapeutic biology in non-human systems. As a workaround, researchers often produce biologic surrogate drugs that can function in rodent systems or use genetically engineered mice to express appropriate human targets, both of which are expensive and time consuming. A faster and potentially more cost‑effective option is to leverage mouse models with engrafted human components. For drug discovery, HIS mice are the most popular representation of such models.

The term HIS mouse describes any murine model engrafted with human immune system cells, whether a single immunological cell type or a broad spectrum of human immune cells from various cell lineages. Cells can be sourced from a mature population, eg, peripheral blood mononuclear cells (PBMCs) or a progenitor population that differentiates in the mouse host, such as human CD34+ haematopoietic stem cells (HSCs). 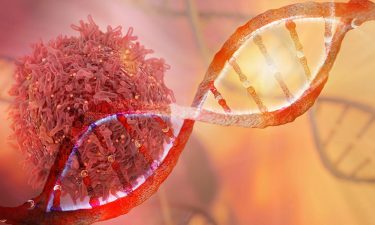 Having more human immune cells, however, does not equate to a better HIS model for drug R&D. Indeed, some advanced HIS models with high degrees of humanisation have been impactful to basic research but have shown limited or no utility for drug development. Furthermore, there is also no overall ‘best’ HIS model; each has limitations. Understanding HIS model strengths and limitations is key to selecting an appropriate model for biologics research, based on a given research goal.

HIS mice as models of human disease

Most HIS mice used in commercial research are based upon severely immunodeficient hosts, such as the NOG mouse and similar strains. These models lack key components of murine immunity and to a greater extent than standard immunodeficient strains, translate to better engraftment of certain human immune cells.

NOG mice and other severely immunodeficient strains also support efficient engraftment of other foreign cells, including human cancer cell lines and patient-derived xenografts. Though cancer drug efficacy studies represent the most prevalent commercial application of HIS mouse models, most disease states that can be induced in a naive host can also be studied in the immune-system humanised host. Induced disease models of colitis5 and rheumatoid arthritis6 have been established in HIS mice, for example. Furthermore, the engrafted human immune cells in HIS mice are amenable to infection by human-specific diseases. Various HIS model systems of HIV are documented in literature, including models leveraged to evaluate HIV treatments7 and other infectious diseases with species-specific and tissue-specific tropism, along with relevant immune-modulating interventions. Researchers need only to engraft infection-receptive human cells or tissues into a preferred HIS model host and then deliver the infectious disease agent to establish the model.

By functioning as human disease models, facilitating engraftment of various human cells and tissues and harbouring the multitude of human molecules expressed by the engrafted human components, HIS models provide versatility in the face of constraints associated with in vivo evaluations of human-specific drugs. In doing so, they eliminate the need to source a model genetically engineered to express a drug target and/or engineer surrogate test articles. Other key benefits of HIS mice stem from properties specific to the HIS model or its application.

Differentiating research applications with HIS mice

If surrogate models and/or test articles are readily available, there are instances where HIS models might still be preferred – such as when an HIS model has been shown to better mimic important clinical responses relevant to the study goals. Clinically-relevant prostate cancer modelling is one such example.

In rodent models of advanced prostate cancer, the standard of care (SOC) treatment (anti-androgen therapy) worsens outcomes in conventional xenograft and syngeneic prostate cancer models.8 This is problematic for researchers evaluating novel prostate cancer drugs against or with the SOC treatment in vivo. Ongoing work from the University of Michigan suggests HIS models could provide a solution. 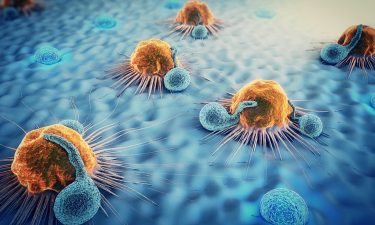 Similarly, an HIS model has been shown to reproduce clinical responses to cell-based anti-cancer treatments.10 This work evaluated response to adoptively-transferred tumourinfiltrating lymphocytes (TILs) in mice harbouring TIL-autologous tumours. The engrafted tumours were obtained from patients (responders and nonresponders) whose cancer was treated through adoptive cell transfer. Investigators found sufficient concentrations of human IL-2 cytokine were necessary to reproduce a patient’s clinical response to adoptively-transferred TILs. Leveraging mice expressing human IL-2 for their in vivo work, they reported that transferred TILs from non‑responders had no significant anti-tumour effects in the mice, regardless of human IL-2 levels, whereas responders’ TILs produced complete and seemingly durable responses, but only in mice with sufficient human IL-2. These examples suggest HIS mice may help unlock the next stage of precision and personalised medicine: patient avatar models.

HIS mice are also being investigated in drug‑related toxicity applications,11,12 an area with many examples of in vivo model failures. TGN1412, notorious for inducing near-lethal cytokine release syndrome (CRS) in clinical trials, had no remarkable effects in non-human primates, even at doses close to 400 times those used in the original trial. Conversely, HIS mice administered clinically‑relevant doses of TGN1412 manifested lethal CRS within hours.11 This is an example where biologic specificity led to disastrous outcomes that could have been avoided with relatively simple, cost-effective HIS models.

HIS mice may help unlock the next stage of precision and personalised medicine: patient avatar models”

In another toxicity application, humanised NSG-SGM3 mice administered autologous human CAR T cells reproduced a unique clinically-observed side effect of CAR T treatment: delayed-onset neurotoxicity.13 Reproducing this phenotype allowed researchers to identify macrophage-derived IL-6 as a putative driver of the pathology, which they later confirmed could be targeted with drugs to prevent neurotoxicity in the mice.

Deciding which human immune cells are necessary and which functional aspects of these cells are required are key considerations in HIS model selection, since no single HIS model can meet all the requirements demanded by drug R&D. The various HIS models support a narrow to broad spectrum of human immune cells, with each represented cell on the same spectrum of abundance and functionality. 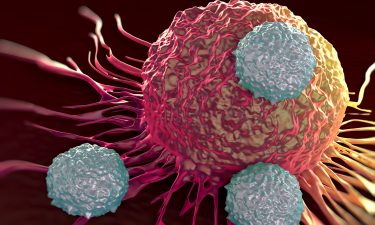 Addressing cell and functional requirements should help narrow the options to a few platforms, generally encompassing models established using human HSCs, human PBMCs or isolated immune cell populations. What will differentiate each HIS model are the properties conferred by the host. Some hosts, like the NOG-EXL, express human cytokines that enhance engraftment and/ or functional properties of certain cells. Others carry deletions of certain murine genes, facilitating human cell engraftment or improving on aspects that typically limit the host in R&D applications.

However, the study goals and constraints and the model’s application ultimately determine whether any property conferred by the interaction of host and engrafted cells is negative or positive. It would seem potentially beneficial to favour an HIS model with a broad immune repertoire. However, for studies focusing on one or a few immune cell types, the goal may be attainable with alternatives supporting only these cell types, reducing the associated time and resources. Additionally, model providers and contract research organisations (CROs) can provide guidance on optimal model selection based on study goals.

As increasingly complex biologic drugs continue to shape the personalised medicine landscape and garner greater investments, HIS models will continue to evolve, providing new solutions to new challenges. By enabling rapid establishment of in vivo systems with druggable human targets, HIS models empower pre-clinical work otherwise hindered by biologic specificity. For precision medicine in particular, HIS models prove a valuable research tool. By functioning simultaneously as partially-human hosts and unique human disease models, HIS mice expand what can be achieved pre-clinically to inform precision medicine.

Paul Volden holds a BSc in cell biology and neuroscience from Montana State University and a PhD from the University of Chicago’s Committee on Molecular Metabolism and Nutrition. With over a decade of experience in biological and biomedical research, Paul is now Associate Director, Product Management at Taconic Biosciences. 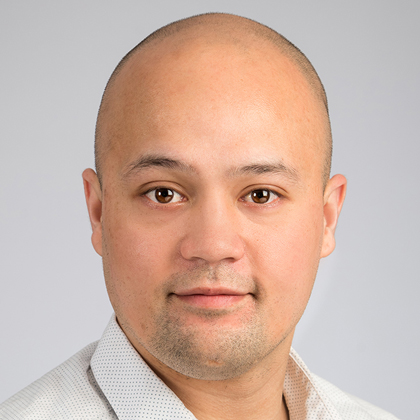