Adeno-associated virus (AAV)-mediated gene therapies allow for the treatment of a growing number of diseases; however, the presence of neutralising antibodies can lead to limitations of this technology, particularly for patients who may be excluded due to these pre-existing or developing neutralising antibodies. Recently, a study was published in Nature Medicine showing the elimination of neutralising AAV antibodies and restoration of gene therapy efficacy in controlled in vivo laboratory tests of animal models. Nikki Withers spoke to one of the study’s lead authors, Federico Mingozzi, to discuss the importance of their findings. 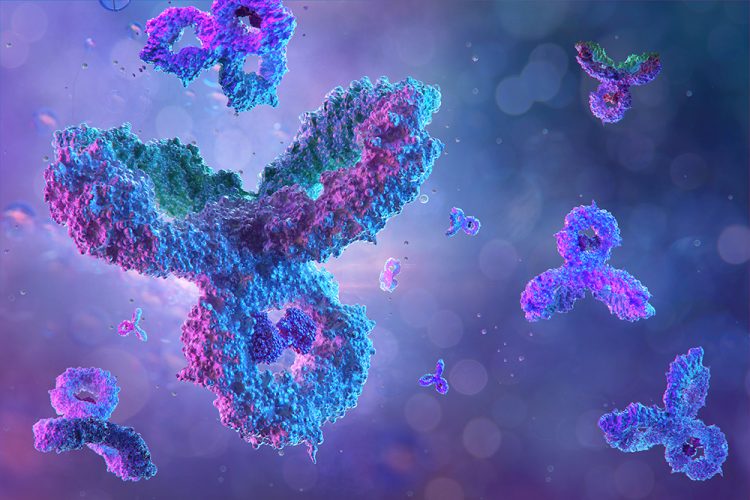 AAV vectors are currently one of the most actively investigated gene therapy vehicles and are being used for the treatment of a growing number of diseases. “AAV vectors derive from a virus and can almost be defined as a very complex biologic drug,” explained Federico Mingozzi, Chief Scientific Officer at Spark Therapeutics. “The difference between the wild‑type virus and the vector is that all the viral coding sequences in the genome of the wild-type virus are replaced by a transgene expression cassette – the promoter region and the gene of interest. However, pre‑existing neutralising antibodies directed against AAV vectors are frequently found in humans.” While AAV-mediated gene therapies are showing great potential for treating various conditions, the presence of neutralising anti-AAV antibodies – an antibody that defends a cell from a pathogen or infectious particle by neutralising any effect it has biologically – can lead to limitations of this technology. “Additionally, because AAV vectors do not integrate in the host genome, genome dilution occurs in proliferating tissues, leading to loss of expression over time and potentially requiring a second treatment. To date, vector redosing is not easily feasible due to the formation of anti-AAV antibodies post vector administration.”

As humans are a natural host for AAV, if someone has been infected by the wild-type virus they become immune to the virus. Mingozzi explained that in addition to T cells, an individual will also produce antibodies to combat the virus and because the gene therapy vectors are very conserved, the antibodies that are generated against the wild-type virus will cross-react against the gene therapy virus. 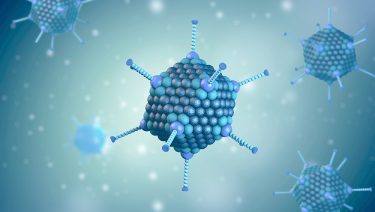 Neutralising anti-AAV antibodies are highly prevalent in humans and therefore can represent a major limitation to in vivo gene therapy. Specifically, neutralising anti-AAV immunoglobulin G (IgG) pre-exist in up to 70 percent of the population and block the entry of viral vector particles in a given target tissue. To date, researchers have been limited in their ability to bypass the neutralising activity of anti-AAV IgG. However, Mingozzi and colleagues were aware of an enzyme derived from Streptococcus pyogenes – imlifidase (IdeS) – which is an endopeptidase known to degrade circulating IgG. “This enzyme is very interesting because it cleaves IgG only; it does not work on IgM, for example. It cleaves the Fc portion of the antibody and results in rapid clearance of IgG from the circulation.”

In their recent study, which was published in Nature Medicine, the team considered whether IdeS could eliminate anti-AAV antibodies in the context of gene therapy. The study was conducted by an international collaboration of researchers from Spark Therapeutics in the US and Genethon, the Centre de Recherche des Cordeliers (Inserm, Sorbonne Université, Université de Paris) and the National Centre for Scientific Research (CNRS) in France.

“The clinical data was good because the enzyme appears to be quite safe in humans. This is mainly because you are removing IgG, but you are only removing them for a few days and then they return. Therefore, you are not really immunosuppressing the subject, so the risk of infection is relatively limited. It might seem like a significant step to remove all the IgG, but you can still make IgM in response to an infection, so the safety profile is quite excellent.”

First, the team tested the concept in vitro and observed that the antibody titer against AAV was decreasing. The next stage involved testing their hypothesis in mice. “This is more complicated because IdeS does not work on mouse IgG, so we had to inject the mouse with human IgG,” he said. The team observed that in mice passively immunised with intravenous Ig, IdeS administration decreased anti-AAV antibodies and enabled efficient liver gene transfer.

Finally, the team tested their theory on a “real‑life model” – in non-human primates. “The reason I call it real life is because first, IdeS can cleave the monkey IgG and secondly, monkeys are exposed to AAV, like humans.” He added that they performed experiments in seropositive monkeys because they had a “natural immunity to the virus.”

Of note, administration of AAV vectors systematically induces a neutralising anti-AAV immune response – high-titer anti-AAV antibody levels usually develop following vector administration and persist long-term thereafter – making gene therapy inefficient upon subsequent injections of AAV vectors. “We also conducted an experiment where we gave the animals an AAV vector, waited 200 days – which is a long time but effectively simulates an intravenous administration gene therapy – and then treated the animals with IdeS and gave the same vector again,” he said. 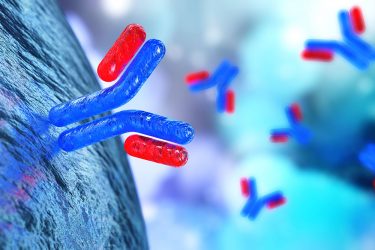 The researchers reported that IdeS treatment before AAV vector infusion was safe and resulted in enhanced liver transduction, even in the setting of vector re-administration. “I must say the results are quite exciting,” enthused Mingozzi. “It looks like you can enable vector administration to seropositive animals and vector re-administration also.” He added that the beauty of the system is that gene therapy does not need permanent removal of antibodies to work: “You just need to leave a sufficient window of time – only a couple of hours. We showed that when you use IdeS in the experiment, you only need to remove the antibodies for a few hours to allow the vector to reach the target tissue. Really, the more transient your intervention is at eliminating antibodies the better it is.”

Mingozzi concluded: “The IdeS technology has the potential to eliminate anti-AAV antibodies that allow for the extended use of gene therapy in a larger segment of candidates who may have been excluded due to pre-existing or developing neutralising antibodies and also enable vector re‑administration.”

Additional studies in the field of gene therapy have the potential to translate these findings to human trials, with the goal of opening a therapeutic window for patients with neutralising anti-AAV antibodies. The company will now assess and investigate the potential impact of the IdeS technology on its current gene therapy programmes and potential applications in the future.

Dr Federico Mingozzi is the Chief Scientific Officer at Spark Therapeutics. He began his scientific career studying the genetic bases of bleeding disorders. At the Children’s Hospital Philadelphia (CHOP) he conducted pioneering studies on liver gene transfer with AAV vectors and immunology. Federico was involved in several first-in-human clinical studies of gene therapy based on the AAV vector platform and led studies aimed at the characterisation of human immune responses to AAV vectors and the development of strategies to modulate vector immunogenicity. He then joined the French National Institute of Health and Medical Research (INSERM) as Research Director and Genethon as Team Leader. Federico served as faculty at the Pierre and Marie Curie University in Paris, France, and Universitat Autonoma de Barcelona, Spain. He received his bachelor’s degree in biology and his PhD in biochemistry and molecular biology from the University of Ferrara in Italy, and his MBA from Drexel University. Throughout his career, Federico has received several awards and has contributed to more than 100 publications, including seminal findings in the field of AAV gene therapy.