A new form of CAR T-cell therapy has shown promise in mice models to treat blood cancers; this article delves into the development behind the therapy. 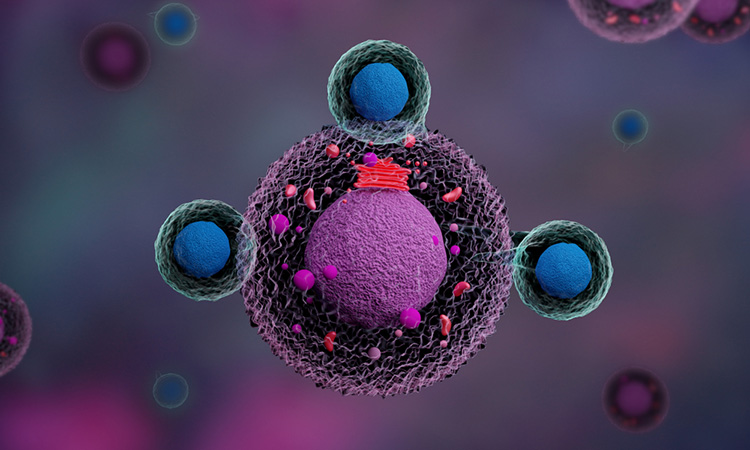 Cell and gene therapies have made a huge impact upon the treatment of various diseases, including cancer. One approach, using CAR T-cell therapies, has increased the prevalence of immunotherapy for leukaemia and lymphoma.

According to previous research, the “antenna” on CAR T cells used in immunotherapy to guide them towards and destroy cancer cells is primarily directed against the protein CD19, which B cells carry on their surface. However, this form of therapy is not effective in all patients.

Now, researchers from the Max Delbrück Center (MDC) for Molecular Medicine in the Helmholtz Association, along with colleagues from the Medical Department of Charité – Universitätsmedizin Berlin at the Campus Virchow Clinic, both Germany, have developed a new method to utilise CAR T-cell therapy to treat lymphomas.

Published in Nature Communications, the team showed that the new approach is particularly effective against follicular lymphomas and chronic lymphocytic leukaemia, the most common type of blood cancer in adults.

A new and improved method 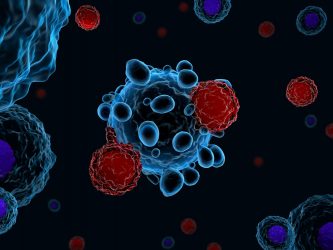 The team, led by Dr Uta Höpken, developed a new strategy to sensitise the T cells in the laboratory to recognise a different identifying feature: the B-cell homing protein CXCR5. This protein is a receptor that helps mature B cells move from the bone marrow to immune system organs such as the lymph nodes and spleen. According to the researchers, without this receptor, the B cells would not find their way to their target site, the B-cell follicles of lymphoid organs.

“CXCR5 was first described at the MDC more than 20 years ago and I have been studying this protein for almost as long,” said Höpken. “I am therefore very pleased that we have now succeeded in using CXCR5 to effectively combat non-Hodgkin’s lymphomas, such as follicular and mantle cell lymphoma as well as chronic lymphocytic leukaemias, in the laboratory.”

Janina Pfeilschifter, a PhD student in Höpken’s team and one of the lead authors of the paper, said: “All mature B cells, including malignant ones, carry this receptor on their surface. So, it seemed to us to be well suited to detect B-cell tumours – thereby enabling CAR T cells directed against CXCR5 to attack the cancer. “In our study, we have shown through experiments with human cancer cells and two mouse models that this immunotherapy is most likely safe and very effective.”

First successes in the petri dish

Pfeilschifter and Dr Mario Bunse, one of the authors of the paper from MDC, first showed that various human cells, for example, from blood vessels, the gut and the brain, do not carry the CXCR5 receptor on their surface and are therefore not attacked in the petri dish by T cells equipped with CXCR5-CAR.

“This is important to prevent unexpected organ damage from occurring during therapy,” Pfeilschifter explained. In contrast, experiments with human tumour cell lines showed that malignant B cells from different forms of B-non-Hodgkin’s lymphoma all displayed the receptor.

In tumour cells from patients with CLL or B-non-Hodgkin’s lymphomas, the researchers were again able to detect CXCR5 on all B-lymphoma cells and follicular T helper cells. When Pfeilschifter and Bunse placed the tumour cells in the petri dish together with the CXCR5-targeted CAR T cells, almost all the malignant B and T helper cells disappeared from the tissue sample after 48 hours.

The researchers also tested the new procedure on two mouse models. One model consisted of animals with a severely suppressed immune system that could therefore be treated with human CAR T cells without causing rejection reactions. 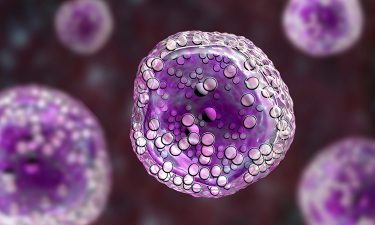 “We also developed a pure mouse model for CLL specifically for the current study,” Bunse said. “We administered mouse CAR T cells against CXCR5 to these animals by infusion and were able to eliminate mature B cells and T helper cells, including malignant ones, from the B-cell follicles of the lymphoid organs.”

The researchers discovered no serious side effects in the mice. “We know from experience with cancer patients that CAR T-cell therapy increases the risk of infection for a few months,” said corresponding author of the study Dr Armin Rehm. However, the team found that in practice, this side effect was almost always easily managed.

A clinical trial in the works

“No laboratory can tackle such a study on its own,” Höpken emphasised. “It has only come about thanks to a successful collaboration between many colleagues.”

According to the researchers, the next step for this study is towards creating a “living drug” – similar to other cellular immunotherapies being developed at MDC. The team say that they are currently working to collaborate on and prepare a Phase I/II clinical trial, adding that they hope the first patients will begin to benefit from their new CAR-T cell therapy in the near future.