Dr Ying Kai Chan discusses his latest research into how the delivery of AAV vectors for gene therapies can be made safer and more effective. 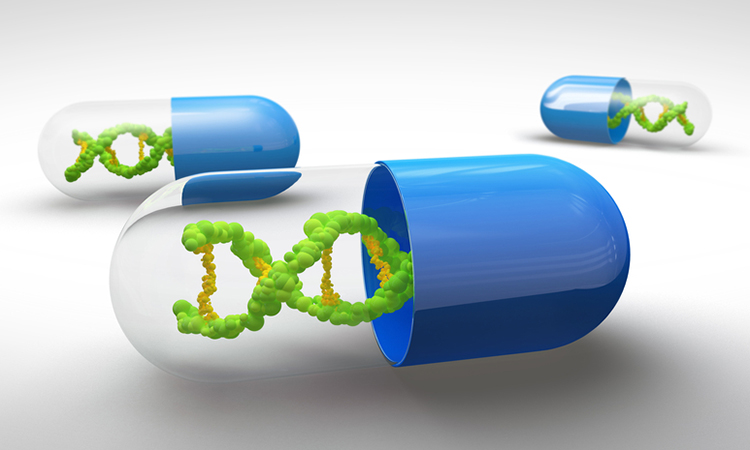 Adeno-associated viruses (AAV) are the vectors used to deliver gene therapies due to their ability to target a range of different cells and tissues. However, one challenge of in vivo gene therapies is their potential to induce immune reactions and inflammation, which can impact on the efficacy of therapies and can occasionally be life-threatening.

The vector genome, which includes the therapeutic gene, can activate a protein known as Toll-like receptor 9 (TLR9), which senses foreign DNA in specialised immune cells. This triggers the immune response, resulting in inflammation and more specific reactions such as cytotoxic T cells, against the AAV capsid, preventing the therapy from taking effect and posing a risk.

“There are numerous AAV gene therapies for various disease indications that are being translated to clinical testing. We need to improve AAV therapies, both in safety and efficacy, to increase the chances of delivering benefits to patients,” said Dr Ying Kai Chan, from Harvard’s Wyss Institute for Biologically Inspired Engineering, US, when speaking to Drug Target Review.

To address these challenges, Chan co-led an international collaboration to develop an AAV ‘coupled immunomodulation’ strategy. According to the researchers, whose paper was published in Science Translational Medicine, this technique involves incorporating short TLR9-inhibitory sequences directly into the much longer AAV genome containing therapeutic DNA sequences.

The team hypothesised that small sections of DNA that bind and inhibit TLR9 activation, including DNA sequences from the ends of human chromosomes called telomeres, could act as a ‘disguise’ for the AAV genome to prevent adverse immune reactions.

The team generated a series of synthetic DNA inflammation-inhibiting oligonucleotide (IO) sequences that contained a highly inflammatory portion linked to various TLR9-inhibitory sequences and tested their effects on cultured cells.

We need to improve AAV therapies, both in safety and efficacy, to increase the chances of delivering benefits to patients”

“We incorporated a TLR9-inhibitory sequence into the AAV vector genome as a vector-intrinsic approach to mitigate innate immune and inflammatory responses. TLR9 is well-documented in its role to sense CpG motifs in AAV vectors and set off immune responses,” explained Chan.

They found that the presence of the TLR9-inhibitory sequences reduced the inflammatory response by up to 95 percent. When incorporated directly into an AAV vector, the team found that the IOs dampened innate responses in immune cells compared to an unmodified vector.

To test the AAV strategy in vivo, the researchers administered the vectors locally or as a systemic treatment into the muscle tissue of mice. They found that control viruses lacking IO sequences induced antiviral interferon responses and the infiltration of innate immune cells in livers led to the infiltration and activation of cytotoxic T cells in muscle tissues.

The team did not observe these responses in mutant mice lacking a functional TLR9 pathway, proving that the receptor is a key regulator of AAV-induced inflammation. The effects were blocked or significantly reduced in mice that received engineered AAVs containing IO sequences in their genomes and the coupled immunomodulation strategy enhanced expression of the transgene that the virus delivered, potentially indicative of a higher efficacy.

Gene therapies for the eye 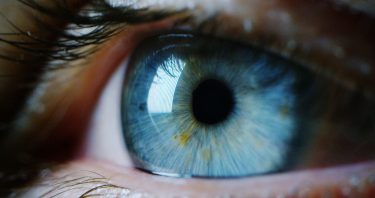 According to the researchers, most AAV-based gene therapies in the eye are directly applied to the retina via subretinal injection. AAV delivery via intravitreal injection to the eye would be far less invasive and potentially allow therapies to target more cells, however they emphasise that this pathway is highly inflammatory.

Using in vivo imaging and immune cell characterisation methods after intravitreal injection of AAV virus in mice, the researchers showed that the incorporation of IO sequences in the virus genome reduced inflammation and the number of infiltrating T-cell populations in the eye compared to unmodified AAVs. This correlated with an increase in the expression of the vector-encoded reporter gene in the retina.

Next, the team studied their coupled immunomodulation strategy in large animal models, first in pigs via subretinal injections and then in macaque monkeys via intravitreal injections. They found that the strategy enhanced distinct pathologies triggered by control AAV viruses in pigs, including the shortening of photoreceptor cells essential for sharp vision. They also discovered the photoreceptor layer of the retina – infiltrated by immune cells, including microglia and T cells – to be substantially rescued.

However, the team say that the use of prophylactic systemic immunosuppression was unable to prevent uveitis, revealing that immunogenicity challenges for this route are more complex.

The researchers emphasise that every novel therapeutic modality that achieves initial success in the clinic has issues before it can be deployed broadly and AAV gene therapy is no exception. However, they say that their work represents a critical step in the development of next generation AAV vehicles that are safer and more effective.

“This strategy could be incorporated into AAV vectors in a ‘plug-and-play’ fashion to reduce immunogenicity and even increase expression of the payload. We found striking benefits when we tested the strategy in pigs via subretinal AAV8 administration,” said Chan.