SARS-CoV-2 variants: the role of sequencing and vaccine development

Professor Martin Michaelis and Dr Mark Wass explain why new SARS-CoV-2 variants are emerging around the world and how vaccines will have to adapt in response. 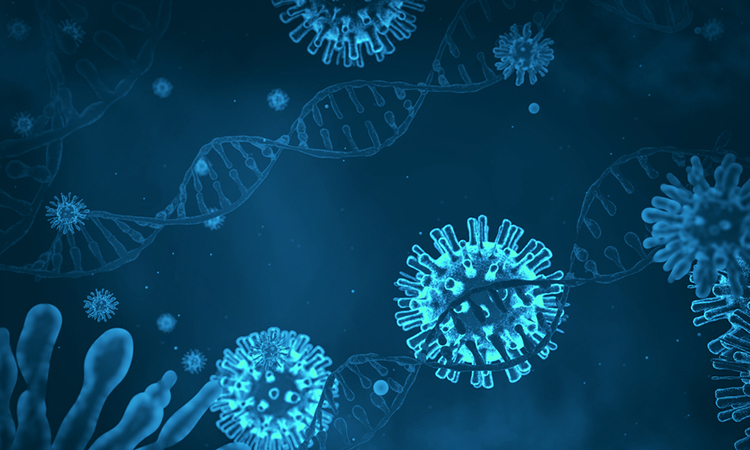 Emerging SARS-CoV-2 variants have caused some uncertainty as to whether the vaccines that have been developed to prevent the spread of COVID-19 will continue to work as intended.

Drug Target Review’s Deputy Editor, Victoria Rees, spoke with Professor Martin Michaelis and Dr Mark Wass from the University of Kent, UK, to discover why it is important to identify new variants of SARS-CoV-2 as soon as possible and how these mutations may influence the strategies used to combat the pandemic.

Why SARS-CoV-2 is mutating

Michaelis began by explaining why variants of SARS-CoV-2 are now being identified, despite disputes from the start of the pandemic about the stability of the novel coronavirus. For almost a year, there were no mutations identified in the SARS-CoV-2 viral genome; as an RNA virus, the coronavirus has a limited genome. Michaelis said that as a result, RNA viruses can only encode for a certain number of proteins which typically have more than one function. Due to this, there are very few changes that can occur to the virus, but those that do affect the function of the proteins.

…if SARS-CoV-2 mutates further, then more R&D will be required to combat the virus”

Although the likelihood of mutations was unknown at the beginning of the pandemic, Michaelis said that a selection pressure has now been generated for the virus. The high number of people who have now been infected with SARS-CoV-2 worldwide and a rise in vaccinations means that when mutations do occur in the virus, it can escape the immune response and replicate. This means the mutated virus has an advantage over its original form in people who have a pre-existing immune response, including antibody mediated, cytotoxic and T-cell mediated responses. The virus is then able to continue its circulation.

“We are generating this selection pressure at the moment by having high numbers of infection but also by vaccinating. This is why we think we are seeing new variants now,” said Michaelis.

Michaelis and Wass explained that new variants of SARS-CoV-2 have mutations in the Spike (S) protein, which the virus uses to gain entry into host cells via angiotensin-converting enzyme 2 (ACE2). The S protein is a main target of defensive antibodies generated against infection and current vaccines use various approaches to present the S protein to the immune system.

Many of the new variants harbour the E484K mutation in the S protein, including the South African B.1.135 variant, P.1 and P.2 variants from Brazil and the UK’s Kent variation.

With the E484K variant of SARS-CoV-2, antibodies are not able to recognise the coronavirus as well as its wildtype form, so cannot neutralise the variants to the same extent, Michaelis explained.

“The biggest concern that I have with this is that in Brazil there are two variants called P.1 and P.2. These now seem to infect people who have already been infected. So there has been a viral adaptation within this population that has some form of pre-existing immunity,” said Michaelis. As this variant has also arisen separately in other areas of the globe, he highlighted that mutations can happen repeatedly wherever there is enough selection pressure.

The effect on vaccines 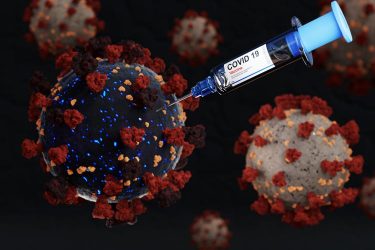 As these SARS-CoV-2 variations demonstrate that viruses will be able to evolve and adapt to pre-existing immunity, Michaelis suggested that vaccines will have to be modified. However, changing the vaccine will not be a technical issue – the challenge will arise when trying to keep up with the evolving virus.

“I think we will need five vaccines probably every year,” Michaelis predicted. However, he emphasised that this is not a certainty: “Many mistakes are made, in my opinion, by extrapolating information.”

The role of sequencing

“Clearly, if we have got these new variants, there will be other variants at some point that will completely escape from vaccination,” said Wass. Although he currently believes that the vaccines approved at present will be sufficient to prevent infection and serious illness, if SARS-CoV-2 mutates further, then more R&D will be required to combat the virus.

Wass highlighted that due to the strength of the UK’s life sciences industry, new variants will be rapidly identified.

…mutations can happen repeatedly wherever there is enough selection pressure”

“We have excellent sequencing systems set up in the UK. I think we are probably conducting the largest level of sequencing of SARS-CoV-2 in the world. So, we are very easily able to pick up these new variants as they appear,” explained Wass. Having helped other countries to sequence other viruses, including the Ebola virus, he said that the UK is in a good position to aid other countries around the world. “We have a lot of expertise and experience in sharing our experience with sequencing. I think it is very important that we continue to do that.”

“Although we are very good at sequencing and picking up new variants, other countries will not be,” said Michaelis. He agreed that this is a global challenge and the UK must ramp up its effort to identify new variants as quickly as possible to inform vaccine development.