Inherited blindness is the leading cause of vision loss in the working populations. Recently, the first gene therapy for the treatment of retinal dystrophy caused by mutations in the RPE65 gene became available. This gene therapy is based on adeno-associated virus (AAV) vectors injected under the retina. Subretinal injection is effective but carries the risk of tissue damage and only treats a portion of the affected retina. In this article, Professor Stylianos Michalakis explains how he and his team developed novel AAV vectors that efficiently reach retinal target cells after simple, less invasive intravitreal application. 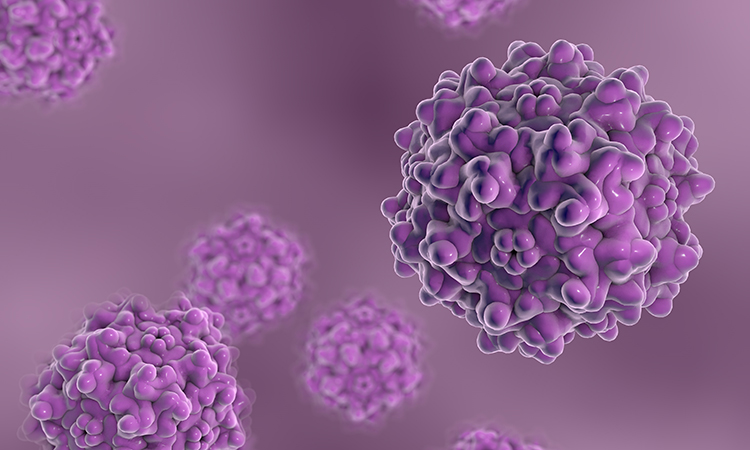 Over five million patients worldwide suffer from inherited retinal disorders (IRDs). These conditions are caused by defects in one of more than 250 genes and many of them encode key proteins of the visual process specifically expressed in the light-sensitive photoreceptors of the retina.

Until recently, no therapeutic options existed for IRD patients. With the development of novel gene therapy technologies, potentially curative therapeutic approaches for these previously incurable eye diseases can now be developed. Some of the most promising treatment concepts are gene-specific approaches, which rely on recombinant AAV vectors. Voretigene neparvovec (Luxturna®) is the first approved AAV-based gene therapy for a specific form of IRD. However, many other forms of IRD, caused by mutations in hundreds of other genes, remain without treatment.

Voretigene neparvovec uses the treatment concept of gene supplementation (also known as gene augmentation) therapy. In principle, this concept is applicable to all autosomal recessively inherited forms of IRD and involves using the AAV vector to introduce a healthy copy of the gene mutated in the patient into the affected cells of the retina. The goal is to supplement a missing gene function to the affected retinal cells of a patient in order to confer a functional benefit and, in the longer term, morphological preservation. While AAVs are non-integrating viruses, the AAV vector genome persist as episomes in the nucleus of the target cells and confers stable and long-term gene expression in non-dividing cells, such as retinal neurons. Therefore, AAV gene supplementation therapy holds promise as a one-time treatment option to prevent vision loss throughout the patient’s life.

Figure 1: The directed evolution screening procedure: a peptide-display library based on the AAV2 capsid consisting of five million variants with unique seven-mer peptide sequences inserted between N587 and R588 of viral protein VP1 was injected into the tail vein of wildtype mice and AAV genomes were isolated 24 hours later from mouse retina (rounds 1 and 2) and sorted cone or rod photoreceptors (round 3).

Despite many advantages, the currently available AAV technology also comes with drawbacks. One major disadvantage concerns the route of administration; to be effective, conventional AAV vectors must be administered under the retina by so called “subretinal” injection. Such injections are challenging and can only be performed by experienced vitreoretinal surgeons in specialised centres. Despite being effective, subretinal administration of AAV vectors carries the risk of collateral damage to the fragile retina of the affected patients. To mitigate this risk, only small volumes of vector are administered to detach only a small part of the retina. However, due to limited spreading of the vector out of the subretinal bleb, only a small portion of the affected retina can be treated in this way.

Thus, there is a high unmet need to develop optimised gene delivery vectors that enable efficient treatment of a larger number of retinal target cells, using a gentler, less risky route of administration.

Until recently, no therapeutic options existed for IRD patients”

We therefore combined directed evolution with a stringent in vivo selection procedure to engineer novel AAV vectors with optimised properties for gene therapy in the eye.1 The chosen directed evolution approach aimed to mimic the natural evolution in a laboratory setting under conditions which accelerate evolution to select AAV variants that outperform other variants in targeting retinal photoreceptors. The screening was performed with a AAV library and a unique selection procedure that generated a very high selection pressure. The AAV library consisted of five million distinct, specifically‑engineered variants of the naturally occurring AAV2 serotype commonly used so far. Specifically, the variants carried modifications in the surface of the protein part of the viral vector (capsid). The hypothesis was that these modifications would endow novel properties and enable the vectors to cross multiple biological barriers and more efficiently reach and transduce the target cells (eg, photoreceptors) in the retina.

Different from previous approaches, we applied the AAV library systemically via tail vein injection in the living mouse and then screened for AAV vector genomes that were able to enter photoreceptor cells or even retinal cell nuclei after a very short incubation time of 24 hours. The challenge was to setup a screening strategy with a very high selection pressure. To this end, we implemented a specific and novel screening design. In particular, successful vector variants from our screening had to overcome:

Within the retina, vectors need to escape from the retinal blood vessels and diffuse into the retinal tissue. If entry from the choroidal blood vessels is assumed, then vectors should move through the Bruch’s membrane, the retinal pigment epithelial cell barrier, the photoreceptor extracellular matrix and the outer limiting membrane to finally enter the photoreceptor cells. If the entry pathway is the photoreceptor outer segment, then the connecting cilium would need to be overcome as well. If entry from the vitreal blood vessels is assumed, vectors would need to penetrate though the inner limiting membrane, ganglion cell layer, the inner plexiform layer, the inner nuclear layer and the outer plexiform layer to finally enter the photoreceptors at their synaptic endings. Upon cell entry, the vectors also need to traffic through and escape the endolysosomal vesicle system, uncoat and finally shuttle their genome through the nuclear membrane into the cell nucleus. We narrowed the time window for overcoming these biological barriers to 24 hours.

Using this specific approach, we have now been able to develop several new AAV vectors that efficiently reach photoreceptors of different species after a single intraocular injection. The two most promising vector candidates are able to efficiently reach the retinal cells via less invasive intravitreal application. Such intravitreal injections (injection into the vitreous body) are low-risk and routinely used by ophthalmologists in the treatment of neovascular age-related macular degeneration in the outpatient setting. 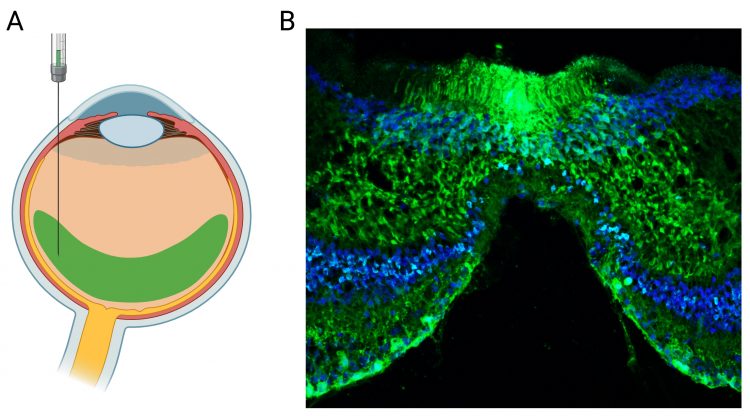 Figure 2: AAV-mediated gene expression in the non-human primate (NHP) retina. Representative transduction of NHP retina obtained via single intravitreal injection of the novel AAV vector carrying a genome with CMV-eGFP gene expression cassette. (A) Illustration of the intravitreal injection. (B) Confocal scan through the central NHP retina showing the foveal region. The eGFP signal is shown in green. Cell nuclei are labelled with the nuclear marker DAPI (blue).

The novel vectors demonstrated the improved transduction properties in three animal models. The two top vectors (termed AAV2.GL and AAV2.NN) achieved widespread photoreceptor transduction in mouse, dog and non-human primate models after single intravitreal delivery. Both vectors have cone and rod photoreceptor tropism, but also efficiently target other retinal cell types, such as Müller glia cells or retinal ganglion cells. One variant, AAV2.NN, was tested in comparison to existing vectors and showed higher levels of gene expression and faster onset kinetics in rod photoreceptors in mice. In addition, we showed in an ex vivo human retinal tissue culture model that they can also efficiently transduce human photoreceptors. This was corroborated by additional studies with human retinal organoids (HROs), which are multilayer three-dimensional (3D) models of the human retina grown from human induced pluripotent stem cells (hiPSC) in culture.2 The novel AAV vectors transduced efficiently mature HROs and resulted in high levels of gene expression in most major cell types, including photoreceptors. Finally, for one of these novel vectors, we demonstrated a first pre-clinical proof-of-concept for recovery of vision after intravitreal gene supplementation in a mouse model of achromatopsia (total colour blindness).

The use of these novel AAV vectors could help improve gene therapy in humans both in terms of efficacy and in reducing the risk of collateral damage that exists during administration. This could both increase the efficiency of gene therapies and make them available to a broader patient pool. Pre-clinical studies are advancing to enable fast translation of therapies based on these novel vectors into the clinics.

Stylianos Michalakis is Professor for Ocular Gene Therapy at the Department of Ophthalmology of the University Eye Hospital of the Ludwig Maximilian University (LMU) Munich. His research includes the analysis of disease mechanisms involved in inherited and acquired retinal disorders and he has a special focus on AAV vector design, engineering and production. He is a founding member of the RD-CURE consortium that completed the first ocular gene therapy trial on CNGA3-linked achromatopsia. In addition, he is co‑Principal Investigator on the US National Institutes of Health-funded R24 translational research programme on gene therapy for CNGB1-linked retinal pigmentosa. Finally, he co‑founded the ocular gene therapy company ViGeneron GmbH. 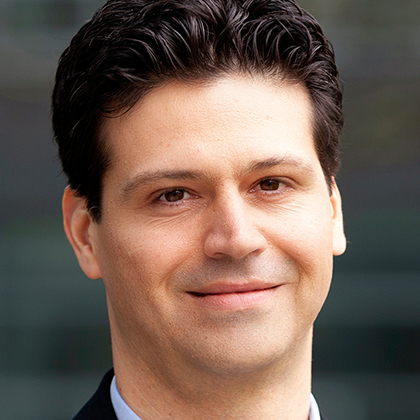