Taking a novel approach to antibiotic discovery, researchers at Rockefeller University have hit upon a promising solution to the problem of superbugs – a pervasive threat in hospitals the world over. 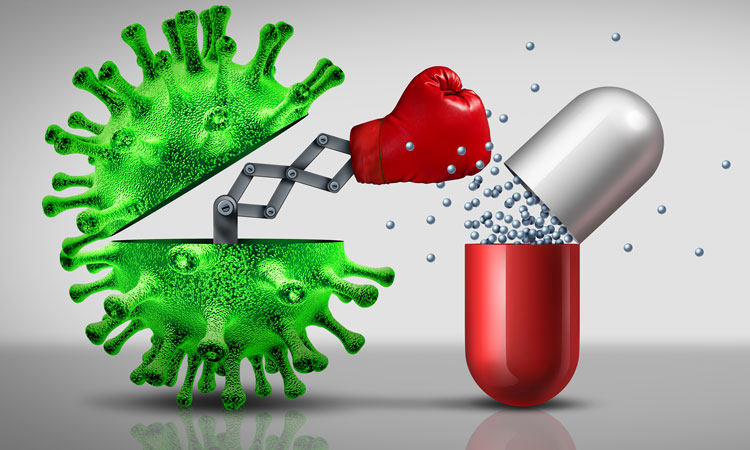 Long deemed a defiant obstacle to securing our wellbeing, the warning bell sounded by the United Nations in 20191 that drug-resistant diseases could cause 10 million deaths each year by 2050 and economic damage on a par with that of the 2008-2009 global financial crisis signalled a call to arms from the scientific community.

In gallant response, a research team at Rockefeller University used an innovative method investigating bacterial DNA for corresponding genes and found a compound that could potentially outmanoeuvre colistin resistance in bacteria.

Given that hospital superbugs are not only immune to blockbuster drugs like penicillin and tetracycline, but even colistin – an antibiotic that has long been relied upon as a vital last option for patients – there are often no remaining solutions for individuals with such infections.

The capability to thwart colistin-resistant bacteria is therefore a huge achievement.

The newly developed molecule, named macolacin, has demonstrated potency against several types of colistin-resistant bacteria including intrinsically resistant Neisseria gonorrhoeae, which is classified as a highest-level threat pathogen by the Centers for Disease Control and Prevention. Colistin, conversely, is completely inactive against this pathogen.

In a mouse model, optimised macolacin completely cleared infection by colistin-resistant XDR A. baumannii, another highest-level threat pathogen, while colistin and a placebo had little to no effect.

“Our findings suggest macolacin could potentially be developed into a drug to be deployed against some of the most troubling multidrug-resistant pathogens,” says Sean F Brady, who is Rockefeller’s Evnin Professor.

These findings were published in Nature.

New AI technology could shape the future of RNA therapeutics