Using a special laser-based 3D printing technique, researchers have produced micro-scaffolds with a diameter of less than a third of a millimetre, which can accommodate thousands of cells. 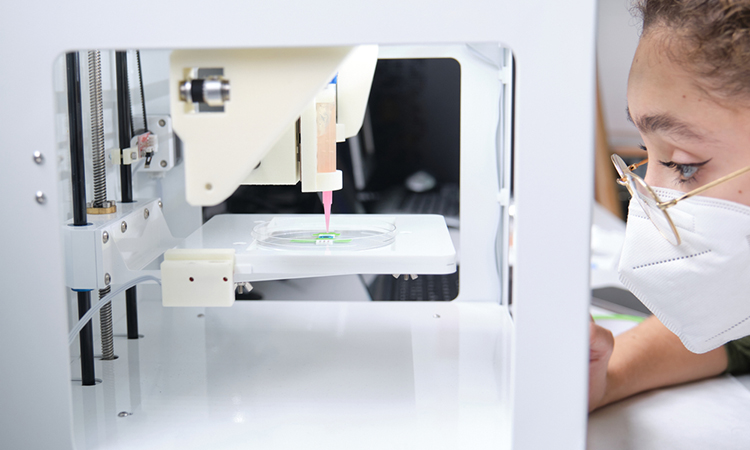 Until recently, there have been two completely different approaches to producing artificial tissue. Either one first creates small tissue building blocks, such as round cell agglomerates or flat cell sheets, and then assembles them, or one initially creates a fine, porous scaffold that is then cultivated with cells. Researchers from TU Wien, Austria, have developed a third approach which uses a special laser-based three-dimensional printing technique, micro-scaffolds with a diameter of less than a third of a millimetre can be produced, which can accommodate thousands of cells. In this way, a high cell density is present from the start, but one still has the flexibility adapt the shape and mechanical properties of the structure. The study was recently published in Acta Biomaterialia.

“The scaffold-based approaches that have been developed so far have great advantages: If you first make a porous scaffold, you can precisely define its mechanical properties,” said Dr Olivier Guillaume, lead author of the current study. “The scaffold can be soft or hard as needed, it consists of biocompatible materials that are degraded in the body. They can even be equipped with special biomolecules that promote tissue formation.”

The downside, however, is that it is difficult to populate such a scaffold quickly and completely with cells. A lot of manual work is still needed here, even though research is already being done on automated processes. Especially with large scaffolds, it takes a long time for the cells to migrate into the interior of the structure; often the cell density remains very low and inhomogeneous.

The situation is completely different if no such scaffold is used. It is also possible to simply grow small cell agglomerates, which are then joined together in the desired shape so that they eventually merge. With this technique, the number of cells is large from the start, but there are hardly any possibilities to intervene in the process. For example, it can happen that the cell spheres change their size or shape, and the tissue ends up with different properties than desired. 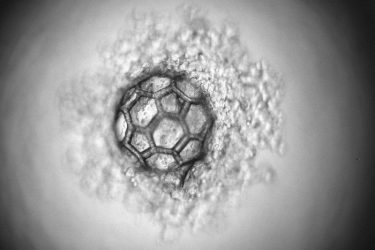 The micro-scaffold under the microscope
[Credit: TU Wien].

This technique, two-photon polymerisation, uses a light-sensitive material that is cured with a laser beam exactly at the desired positions. In this way, structures can be produced with an accuracy in the range of less than one micrometre.

This laser method is now used to create filigree, highly porous scaffolds with a diameter of just under a third of a millimetre. The design of these micro-scaffolds enables the rapid generation of cell agglomerates inside. At the same time, the cells are protected from external mechanical damage.

“We were able to show that the method actually delivers the benefits we were hoping for,” concluded Professor Aleksandr Ovsianikov. “We used stem cells for our experiments, which can be induced to produce either cartilage or bone tissue. We were able to show that the cells from neighbouring scaffold units do indeed merge and actually form a single tissue. In doing so, the structure retains its shape. In the future, these scaffold units could even be made injectable for use in minimally invasive surgery.”