Scientists have created a new imaging technique with graphene which generates clearer pictures of the structures of small molecules. 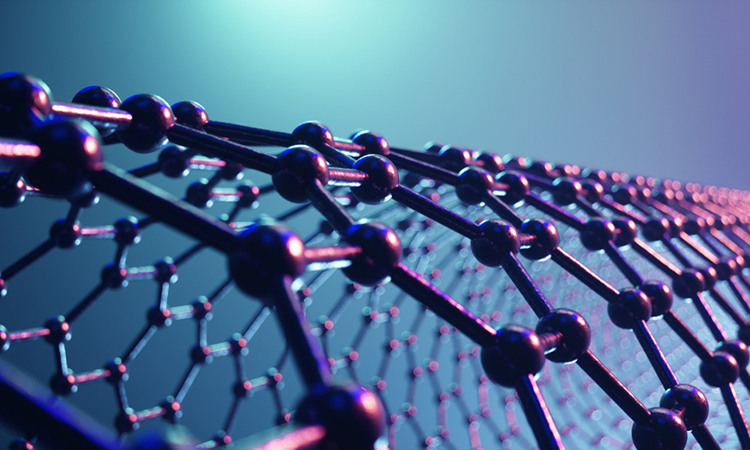 Scientists at the University of Illinois Urbana-Champaign have created novel imaging techniques with graphene that generate clearer pictures of the structures of small molecules. Their findings were recently published in Nano Letters.

Typically, molecular structures are determined with indirect techniques, a time-consuming and difficult approach that uses nuclear magnetic resonance or X-ray diffraction. Indirect methods can produce incorrect structures that give scientists the wrong understanding of a molecule’s makeup for decades. The ambiguity surrounding small molecules’ structures could be eliminated by using direct imaging methods.

In the last decade, the researchers at the University of Illinois Urbana-Champaign have seen significant advancements in cryogenic electron microscopy technology, where biologists freeze the large molecules to capture high-quality images of their structures.

The researchers aimed to do something similar with small molecules. To do so, they began by using existing large molecule methodology as a starting point for developing imaging techniques to make the small molecules’ structures appear.

However, unlike large molecules, the imaging signals from small molecules are easily overwhelmed by their surroundings.  Instead of using ice, which typically serves as a layer of protection from the harsh environment of the electron microscope, the team devised another plan for keeping the small molecules’ structures intact.

The researchers found that graphene, a single layer of carbon atoms that form a tight, hexagon-shaped honeycomb lattice, dissipates damaging reactions during imaging.

Graphene helps dissipate some of that charge away from the molecule so that we can actually get a nice image of it,” explained lead author, Blanka Janicek.

Stabilising the small molecule’s environment was only one issue the researchers had to manage. The team also had to limit its use of electrons, as low as one-millionth the number of elections normally used, to ensure that the molecules are still moving enough for the researchers to capture an image.

The trick was to isolate the atomic structures from that noise by using a Fourier transform — a mathematical function that breaks down the small molecule’s image — to see its spatial frequency.

This averaging approach allowed the team to create crisp images of the molecules’ atoms without damaging the integrity of any individual molecule. This collective discovery is paving the way for many more structural molecule imaging findings.