Researchers have found that the level of protection against Omicron declines as early as three months after a second vaccination or booster shot. 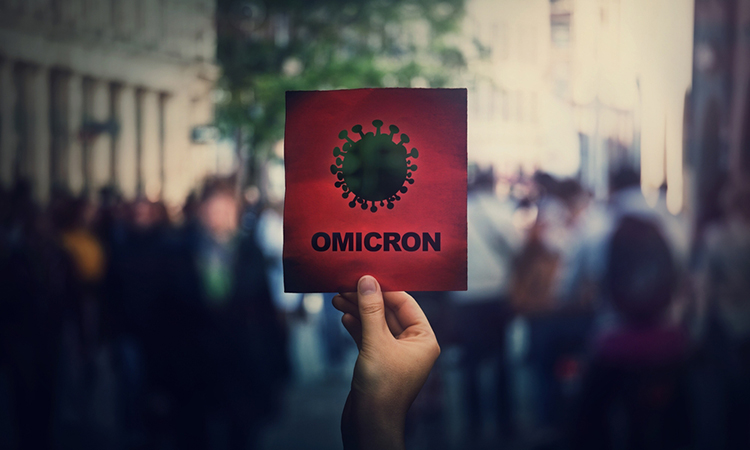 Scientists from the Institute for Medical Virology at the University Hospital of the Goethe University Frankfurt, Germany have studied how long the antibodies present in blood after a vaccination or recovery from an infection were still able to neutralise the virus variants Omicron BA.1 and BA.2. The findings, which were recently published in EBioMedicine, highlight that the level of protection against Omicron declines as early as three months after a second vaccination or booster shot.

In their study, the researchers collected blood samples from people who had been vaccinated twice or three times, placed the liquid blood component, which contains antibodies, together with SARS-CoV-2 viruses on cultivated cells and observed how many of the cells became infected. Furthermore, in each case they ascertained the quantity of antibodies in the samples that recognised the spike protein.

They found that six months after the second vaccination, the tested sera practically had no neutralising effect on the Omicron variants BA.1 and BA.2. The effect of a booster vaccination declined rapidly: although the sera still provided very good protection shortly after the booster vaccination, three months later the protective effect was merely very weak, with the effect that the tested sera were no longer capable of neutralising the two virus variants.

“This is due to the fact that the antibody titre in serum – the amount of antibodies, so to speak – after a vaccination or infection declines in the course of time,” said Marek Widera, one of the lead researchers of the study. “Because the antibodies have a significantly lower ability to recognise newer virus variants, a lower level of antibodies is then no longer sufficient to neutralise the virus variants and prevent an infection of the cells in a cell culture. However, the data from this study does not allow any conclusions to be drawn regarding protection against the seriousness of the course of the disease.”

The team argue that these results are particularly problematic for the use of monoclonal antibodies, which are administered to patients with a compromised immune system as a precautionary measure.

ICYMI: Researchers create weakened version of SARS-CoV-2 that does not cause illness or death
READ MORE

“We studied three such monoclonal antibodies in laboratory experiments and saw that their efficacy is very heavily dependent on the virus variant. So that we are able to protect vulnerable patients with such preparations, it is absolutely essential to also test in patients the extent to which such antibodies can neutralise the virus variants that are currently prevalent, therefore,” explained Professor Sandra Ciesek, senior author of the study.

“Our study shows, however, that we cannot afford to let up in adapting our protective measures in line with the genetic changes in the SARS-CoV-2 virus, at present to the Omicron variants BA.4 und BA.5,” concluded Ciesek.