The vaccine attaches spike proteins from SARS-CoV-2 and seven other SARS-like betacoronaviruses to a protein nanoparticle structure, to induce the production of a broad spectrum of cross-reactive antibodies. 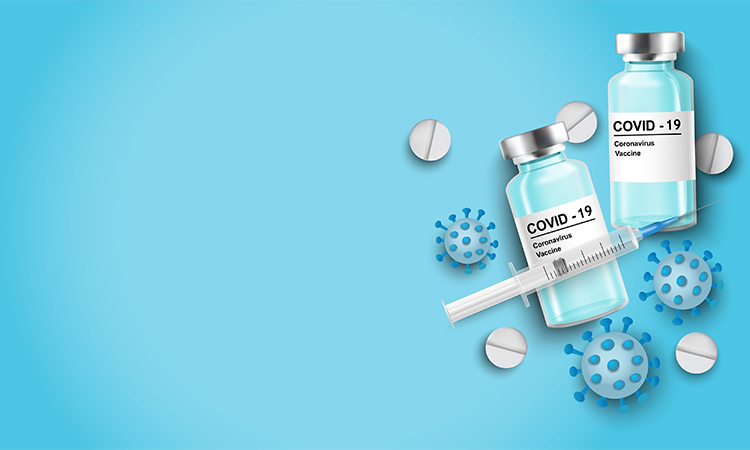 Scientists at the California Institute of Technology, US have developed a new type of vaccine that provides protection against a variety of SARS-like betacoronaviruses, including SARS-CoV-2 variants, in mice and monkeys. The work was recently published in Science.

The vaccine works by presenting the immune system with pieces of the spike proteins from SARS-CoV-2 and seven other SARS-like betacoronaviruses, attached to a protein nanoparticle structure, to induce the production of a broad spectrum of cross-reactive antibodies. Notably, when vaccinated with this so-called mosaic nanoparticle, animal models were protected from an additional coronavirus, SARS-CoV, that was not one of the eight represented on the nanoparticle vaccine.

The vaccine technology is a nanoparticle made up of proteins engineered to have “sticky” appendages on its surface, upon which researchers can attach tagged viral proteins. These nanoparticles can be prepared to display pieces of one virus only (“homotypic” nanoparticles) or pieces of several different viruses (“mosaic” nanoparticles). When injected into an animal, the nanoparticle vaccine presents these viral fragments to the immune system. This induces the production of antibodies, immune system proteins that recognise and fight off specific pathogens, as well as cellular immune responses involving T lymphocytes and innate immune cells.

The resulting vaccine, dubbed mosaic-8, is composed of (receptor-binding domains) RBDs from eight coronaviruses. The study aimed to build from this research to see if vaccination with the mosaic-8 vaccine could induce protective antibodies in a living animal upon challenge (in other words, infection) with SARS-CoV-2 or SARS-CoV.

The researchers conducted three sets of experiments in mice. In one, the control, they inoculated mice with just the bare nanoparticle cage structure without any virus fragments attached. A second group of mice were injected with a homotypic nanoparticle covered only in SARS-CoV-2 RBDs, and a third group was injected with mosaic-8 nanoparticles. One experimental goal was to see if inoculation with mosaic-8 would protect the animals against SARS-CoV-2 to the same degree as the homotypic SARS-CoV-2­-immunised animals; a second goal was to evaluate protection from a so-called “mismatched virus”—one that was not represented by an RBD on the mosaic-8 nanoparticle.

However, all the mice inoculated with mosaic-8 nanoparticles survived both the SARS-CoV-2 and SARS-CoV challenges with no weight loss or other significant pathologies.

The antibodies elicited by mosaic-8 targeted the most common elements of the RBDs across a diverse set of other SARS-like betacoronaviruses—the so-called “conserved” part of the RBD—thus providing evidence for the hypothesized mechanism by which the vaccine would be effective against new variants of SARS-CoV-2 or animal SARS-like betacoronaviruses. By contrast, homotypic SARS-CoV-2 nanoparticle injections elicited antibodies against mainly strain-specific RBD regions, suggesting these types of vaccines would likely protect against SARS-CoV-2 but not against newly arising variants or potential emerging animal viruses.

As a next step, the researchers will evaluate mosaic-8 nanoparticle immunisations in humans in a Phase 1 clinical trial.