Researchers have succeeded in developing organoids that contain mature Paneth cells, which were not present in the previous human small intestinal organoids. 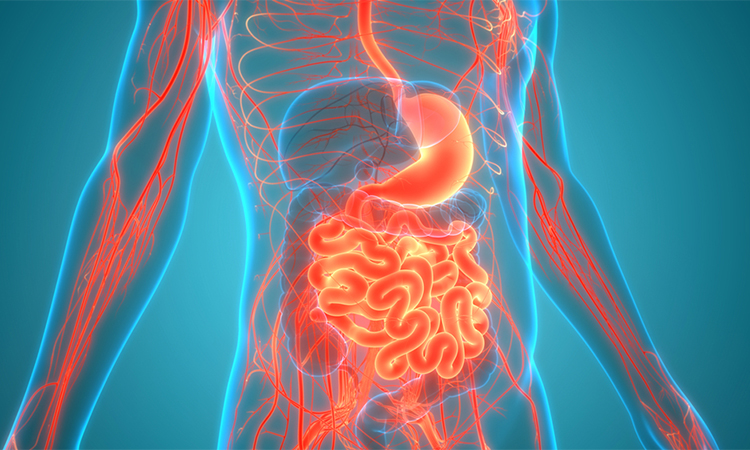 The small intestine contains a wide variety of cells, such as enterocytes, stem cells and Paneth cells. Together, these cells form a barrier between the side where the food passes and the side where the blood vessels and immune cells are. The stem cells in the small intestines continuously create all mature cell types, thereby keeping the barrier in good shape. Paneth cells are important for preventing infections. They do so by producing antimicrobial peptides that act against harmful bacteria. If active Paneth cells are absent, the small intestine will be more prone to infections. This is a problem in several diseases, among which inflammatory bowel disease (IBD).

To induce the formation of these cells in human small intestinal organoids, the researchers studied the effect of various molecules. They discovered that the molecule Interleukin-22 (IL-22) increased the numbers and activity of Paneth cells. 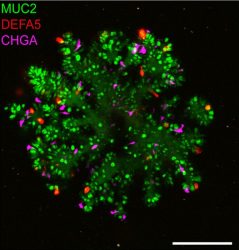 “At the moment, people believe that IL-22 can promote stem cell function. Our study actually showed that IL-22 does not do this, but rather stimulates the activation of Paneth cells.” The discovered function of IL-22 was therefore used to increase the numbers of active Paneth cells in human small intestinal organoids. This led to the development of organoids that mimic healthy small intestines,” Gui-Wei He explained.

Now that optimised human small intestinal organoids are available, the scientists hope to expand on their research.