A research team at the University of Exeter have found that the unexplored genomic control regions yield the key to finding causes of Congenital Hyperinsulinism. 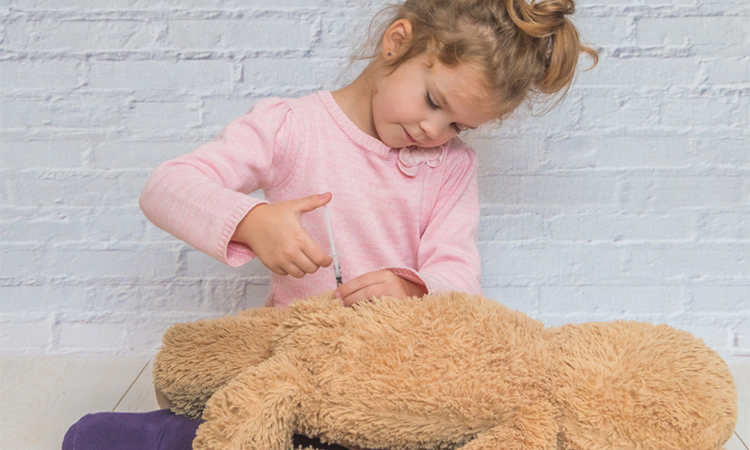 Researchers from the University of Exeter, UK, have discovered the cause of a rare condition called Congenital Hyperinsulinism within a part of the genome that has been largely unexplored in medical genetics. The team found genetic changes in a region that controls genome activity, turning on or off genes, and in doing so they have found a key that could unlock other causes of rare conditions.

The finding, published in Nature Genetics, is a very rare case of a cause of disease that only results from changes outside the exome. It is also the first time that changes have been shown to affect a gene – known as HK1 – that does not normally have a role in the relevant body tissue – in this case, the pancreas.

Until now, scientists have typically sequenced the part of the genome that describes the genetic code of all genes in individuals with a rare disease. They do this looking for variants in the DNA that affects a protein known to have an important role in the disease-relevant organ. A good example is observed in neonatal diabetes, where genetic variants disrupt the function of the pancreatic protein insulin, causing high blood sugar levels.

The team at the University of Exeter’s search for a genetic cause of Congenital Hyperinsulinism took a more complex path. In contrast to diabetes, this condition causes babies to secrete too much insulin from their pancreas.  That means babies can be born very large and suffer from problems associated with low blood sugar. If the condition is not treated appropriately, the brain can be starved of vital fuels, which can cause learning difficulties, or even death.

Until now, scientists have been unable to find the genetic cause of the condition in up to half of babies with Congenital Hyperinsulinism – one reason why treatments are scarce. The limited medications available often fail to work, sometimes meaning the patient must endure their pancreas being removed. This often fails to cure the disease or in some cases can cause diabetes.

State-of-the-art technology enabled the team to sequence the genomes of 17 individuals with Congenital Hyperinsulinism with an unexplained cause, revealing a revelation: the genetic variants that were causing the disease did not occur within a protein but within a ‘regulatory switch’ which is important for turning on and off a protein in the pancreas.

The impact of the genetic variants was that HK1 was turned on in the pancreas’ of patients with Congenital Hyperinsulinism. The gene, which leads to insulin being produced even when blood sugar levels are low, is usually turned off in the pancreas. But the team found it was active – meaning it was working to lower blood sugar to dangerous levels. Studying a unique collection of pancreatic tissue confirmed this hypothesis.

“Now that the HK1 variants have been discovered, routine genome sequencing in sick children would be the perfect method to detect them at clinical diagnosis allowing for improved outcomes. These findings also pave the way for improved treatment of this condition with the development of drugs that inhibit HK1, and consequently insulin production, being a real possibility,” concluded Dr Sarah Flanagan, the study’s lead scientist.