Finnish researchers have developed AI based neural network to detect an early knee osteoarthritis from x-ray images, that can save the patient from unnecessary examinations, treatments and even knee joint replacement surgery. 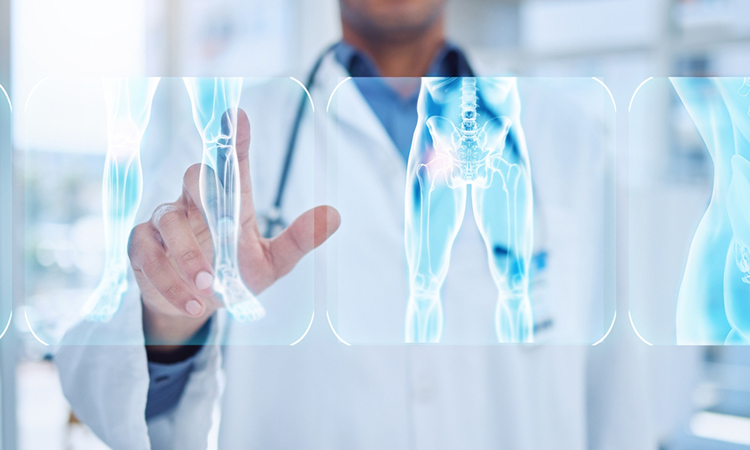 Researchers from the University of Jyväskylä and the Central Finland Health Care District, Finland, have developed an AI based neural network to detect an early knee osteoarthritis from x-ray images.

AI was able to match a doctors’ diagnosis in 87 percent of cases. This result is important because x-rays are the primary diagnostic method for early knee osteoarthritis. An early diagnosis can save the patient from unnecessary examinations, treatments and even knee joint replacement surgery.

Osteoarthritis is the most common joint-related ailment globally. In Finland alone, it causes as many as 600, 000 medical visits every year. It has been estimated to cost the national economy up to €1 billion every year.

The new AI based method was trained to detect a radiological feature predictive of osteoarthritis from x-rays. The finding is not yet included in the diagnostic criteria, but orthopaedic specialists consider it as an early sign of osteoarthritis. The method utilises neural network technologies that are widely used globally.

“The aim of the project was to train the AI to recognise an early feature of osteoarthritis from an x-ray. Something that experienced doctors can visually distinguish from the image, but cannot be done automatically”, explained Anri Patron, the researcher responsible for the development of the method.

In practice, the AI tries to detect whether there is spiking on the tibial tubercles in the knee joint or not. Tibial spiking can be a sign of osteoarthritis.

“Around 700 x-ray images were used in developing the AI model, after which the model was validated with around 200 x-ray images. The model managed to make an estimate of the spiking that was congruent with a doctors’ estimate in 87 percent of the cases, which is a promising result”, Patron added.

Docent Sami Äyrämö, Head of the Digital Health Intelligence Laboratory at the University of Jyväskylä, explained: “Several AI models have previously been developed to detect knee osteoarthritis. These models can detect severe cases that would be easily detected by any specialists. However, the previously developed methods are not accurate enough to detect the early-stage manifestations. The method now being developed aims for early detection from x-rays, for which there is a great need.”

The goal is that in the future, an AI would be able to detect early signs of knee osteoarthritis from x-rays, making it possible for the initial diagnosis to be made more often by general practitioners.

“If we can make the diagnosis in the early stages, we can avoid uncertainty and expensive examinations such as MRI scanning. In addition, the patient can be motivated to take the measures to slow down or even stop the progression of the symptomatic osteoarthritis. In the best possible scenario, the patient might even avoid joint replacement surgery”, CEO for Central Finland Health Care disctrict and professor of surgery Juha Paloneva, concluded.