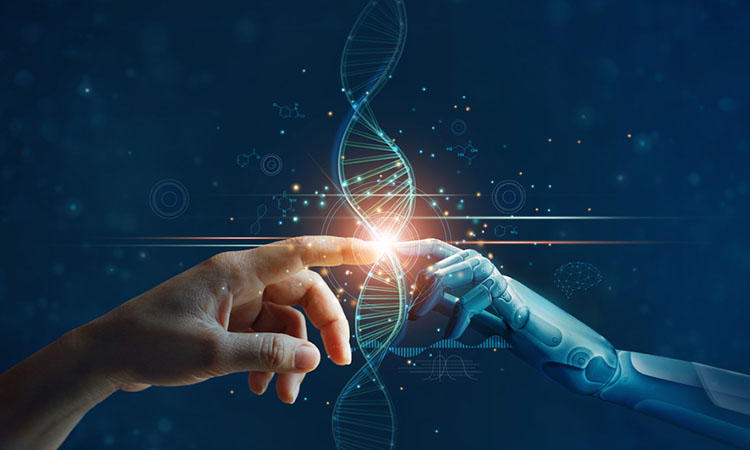 With the help of artificial intelligence (AI), researchers at Chalmers University of Technology, Sweden, have succeeded in designing synthetic DNA that controls a cells’ protein production. The technology, recently reported in Nature Communications, can contribute to the development and production of vaccines, drugs for severe diseases, as well as alternative food proteins much faster and at significantly lower costs than today.

Researchers have put a lot of effort into trying to control gene expression because it can contribute to the development of protein-based drugs.

A recent example is the mRNA vaccine against COVID-19, which instructed the body’s cells to produce the same protein found on the surface of the coronavirus. The body’s immune system could then learn to form antibodies against the virus.

Most of today’s new drugs are protein-based, but the techniques for producing them are both expensive and slow, because it is difficult to control how the DNA is expressed.

The Chalmers research group took an important step in understanding and controlling how much of a protein is made from a certain DNA sequence.

“First it was about being able to fully ‘read’ the DNA molecule’s instructions. Now we have succeeded in designing our own DNA that contains the exact instructions to control the quantity of a specific protein” said Associate Professor Aleksej Zelezniak.

The principle behind the new method is similar to when an AI generates faces that look like real people. By learning what a large selection of faces looks like, the AI can then create completely new but natural-looking faces. It is then easy to modify a face.

Similarly, the researchers’ AI has been taught the structure and regulatory code of DNA. The AI then designs synthetic DNA, where it is easy to modify its regulatory information in the desired direction of gene expression. Simply put, the AI is told how much of a gene is desired and then  ‘prints’ the appropriate DNA sequence.

“DNA is an incredibly long and complex molecule. Thus it is experimentally challenging to make changes to DNA. This way it takes years of research to find something that works. Instead, it is much more effective to let an AI learn the principles of navigating DNA. What otherwise takes years is now shortened to weeks or days”, commented Jan Zrimec, a research associate at the National Institute of Biology in Slovenia and past postdoc in Aleksej Zelezniak’s group.

“Protein-based drugs for complex diseases or alternative sustainable food proteins can take many years and can be extremely expensive to develop. With our technology, it is possible to develop and manufacture proteins much more efficiently so that they can be marketed”, concluded Zelezniak.