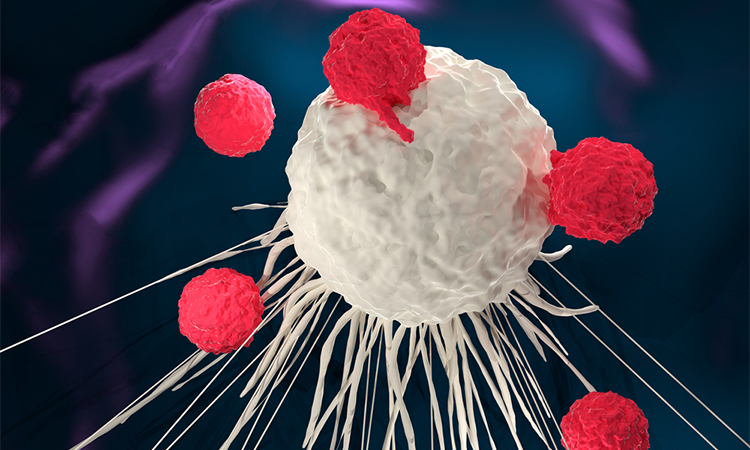 Researchers from Cima Universidad de Navarra and the Clínica Universidad de Navarra, both Spain, have described characteristics of CAR T cells that determine their therapeutic capacity. In their study, validated in patients with different types of blood cancer, the researchers have identified that these cells modified in the laboratory show differences in their therapeutic efficacy. This finding could help predict the effect of this advanced therapy on the patient and contribute to improving these therapies. The results of this study are published in the last issue of the scientific journal Science Advances.

Current medicine approaches face the challenge of generating more efficient and durable CAR T therapies for treating haematological malignancies, especially in the case of multiple myeloma. CAR T-cell therapy is a treatment in which the patient’s immune cells, specifically T lymphocytes, are modified in the laboratory to add a chimeric antigen receptor (CAR). This special receptor is designed to bind to specific proteins present in cancer cells to boost the immune response and attack the disease.

Several studies have shown that various factors external to CAR T cells, such as the number of tumour cells or the tumour microenvironment conditions, greatly influence the efficacy of this advanced therapy. However, until now, the impact of these cells’ characteristics has not been considered.

“Combining artificial intelligence (AI) with cutting-edge flow cytometry and massive sequencing technologies, we have identified that CAR T cells are different from each other, and that this heterogeneity plays an important role in the efficacy of the therapeutic product that reaches the patient,” said principal investigator Mikel Hernáez.

“We observed that when generating CAR T cells in the laboratory, some cells had more CAR receptors than others. Specifically, our data have shown that the presence of a high CAR density in CAR T cells is associated with a significantly worse clinical response in several haematological tumours,” explained Juan Roberto Rodríguez Madoz, a researcher in the Hemato-Oncology Program at Cima.

This finding “helps us to identify key mechanisms that regulate the efficacy of CAR T cells, which could be modulated to develop improved therapies. Furthermore, it could represent a valuable tool for predicting responses in patients undergoing CAR T-cell therapy”, concluded Felipe Prósper, senior researcher at Cima.