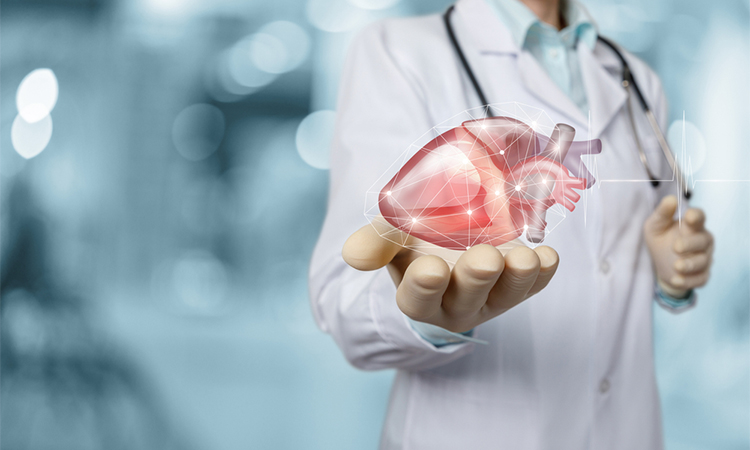 Researchers from the George Washington University, US, have developed a portable and low-cost macroscopic mapping system for all-optical cardiac electrophysiology. Their work was published recently in the Journal of Biomedical Optics.

Previous scientists adopted human-induced pluripotent stem-cell-derived cardiomyocytes (hiPSC-CMs) as a model of the human heart. Such lab-on-a-chip human hearts can be used to study the disruption in these cardiac waves in response to various stimuli, using patient’s own reprogrammed cells. Optical imaging can help visualise the waves, however highly sensitive high-speed cameras are needed for this purpose, and each one of them can be expensive, costing around $100,000.

Against this backdrop, the researchers aimed to develop an efficient and cheaper system for all-optical cardiac electrophysiology. Instead of using electrical stimuli, they triggered voltage, calcium waves, and mechanical contractions in hiPSC-CMs using optogenetic stimulation.

“Optogenetics uses light-sensitive proteins from algae that are genetically expressed in human cells to control them in a manner similar to that realised using electrical impulses. The utilisation of light, however, enables the stimulation of many samples simultaneously in a contactless manner without any wiring. This is not possible with electrical impulses,” explained Emilia Entcheva, a scientist at George Washington University.

Researchers developed a portable and low-cost macroscopic mapping system for all-optical cardiac electrophysiology with applications in drug development and personalised treatments. (a) Schematic of the imaging system. (b) The actual setup
[Credit: Heinson, Han, and Entcheva].

Once the system was in place, the researchers extensively quantified the effects of different experimental conditions on the measured wave parameters. Using illumination at various powers, they showed that the electrical and optogenetic stimulations of hiPSC-CMs were equivalent. However, because calcium waves were imaged using green light-excitable fluorescent sensors, and such light may partially also activate the blue light-based optogenetic actuators, the researchers found that extremely low illumination needed to be used to not alter calcium wave velocity. Voltage and calcium maps provided similar information under controlled electrical or optogenetic pacing conditions. The velocity of these waves varied with temperature and the type of experimental solution used.

Lastly, the researchers presented potential applications of their system. The system was shown to detect conduction changes due to drugs targeting cell–cell coupling. In addition, its transillumination mode could be reconfigured into an epi-illumination setting for imaging thicker samples, such as cardiac image slices or the surface of whole hearts.

The advantages of the novel all-optical setup are not restricted to the above demonstrations. The combination of multiple optical sensors and actuators in the setup design can handle spectral congestion and avoid parameter distortion. The new technology can help characterise hiPSC-CMs and further basic and translational cardiac arrhythmias studies. Moreover, it can open doors to other practical medical science applications soon.