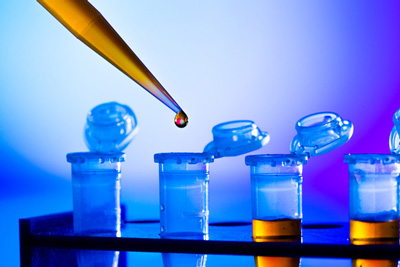 Ethris has announced the publication of data that underlines the broad therapeutic potential of the company’s proprietary mRNA transcript therapy platform.

The paper demonstrates that a modified mRNA construct based on Ethris’ technology coding for the human growth factor BMP-2 (bone morphogenetic protein-2) can induce bone regeneration in three different settings including an established in vivo model for bone healing.

Transcript therapy describes a range of potential therapeutics based on Ethris’ platform, which use modified mRNA sequences to deliver the information needed to produce a therapeutic protein in patients´ cells and tissues. Ethris is applying this therapeutic modality in a variety of diseases and has generated preclinical data sets in cystic fibrosis and a fatal lung disease in addition to today’s results in musculoskeletal regeneration.

In vitro, Ethris’ mRNA therapy was successfully delivered to rat-derived primary stem cells and resulted in the production and secretion of the growth factor BMP-2 and the activation of gene patterns typical for bone regeneration. The levels of secreted protein were sufficient in inducing osteogenic differentiation and mineralisation of the stem cells. These findings were further supported by studies performed with human tissue samples where a successful transfer of mRNA triggered comparable cellular activities.

In an in vivo model, Ethris’ approach was able to induce new bone tissue formation as early as 2 weeks after initial application. The study used an established model for bone fracture healing and delivered the mRNA construct loaded on a fibrin gel, which was implanted at the site of the bone defect in the femur of rats. No side effects were observed in the follow up of treated animals.

“Building on the previously reported data on the high stability and tolerability of our proprietary mRNA constructs, we today report on the specific therapeutic functionality of these molecules in bone healing, as a new indication area for Ethris. These are encouraging results towards the future clinical applications of our mRNA transcript therapy approach in musculoskeletal diseases,” commented Christian Plank, CSO of Ethris. “Transcript therapy using mRNA constructs could enable the patient’s cells to produce the required protein naturally, in the amount needed and at the relevant disease site. Our approach could thus overcome limitations of the use of manufactured growth factor proteins such as BMP-2 for bone regeneration in today’s clinical practice, providing a safer and more cost effective therapeutic option.”