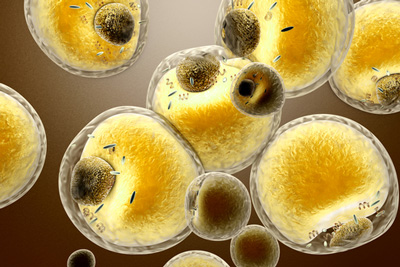 Scientists identified a natural molecular pathway that enables cells to burn off calories as heat rather than store them as fat.

The finding raises the possibility of a new approach to treating and preventing obesity, diabetes, and other obesity-linked metabolic disorders.

Scientists, led by Bruce Spiegelman, PhD, director of the Centre for Energy Metabolism and Chronic Disease at Dana-Farber, identified an enzyme, PM20D1, which is secreted by brown and beige fat cells and triggers the production of compounds called N-acyl amino acids. These N-acyl amino acids “uncouple” fat burning from other metabolic processes, allowing for weight loss. Such “uncouplers” were known as synthetic chemicals but this is the first known natural small molecule with uncoupling activity.

When they injected the N-acyl amino acids into obese mice which ate a high-fat diet, the researchers noted significant weight loss after eight days of treatment. The weight loss was entirely in fatty tissue.

“These data certainly suggest that either PM20D1 or N-acyl amino acids themselves might be used therapeutically for the treatment of obesity and other obesity-associated disorders such as diabetes and fatty liver disease,” said Spiegelman.

Brown fat – the colour results from the large number of mitochondria – is found in small amounts in humans, including mixed in with white fat in what are called “beige” cells. Mitochondria are the site of respiration, meaning the conversion of glucose into the molecule adenosine triphosphate (ATP) that transports chemical energy within the cell to drive its functions.

What’s unique about brown fat cells is that they consume glucose without making ATP. This is known as “uncoupled respiration.” Instead of producing ATP, the brown cells use their energy to burn stored calories in fat, releasing large amounts of heat in the process. Originally brown fat cells evolved to protect newborns from cold temperatures. But research by Spiegelman and others suggests that brown fat can be harnessed as a treatment for obesity, and work is underway in labs and companies aimed at increasing brown fat supplies in people.

Prior to Spiegelman’s new study, a mitochondrial protein called UCP1 (uncoupling protein 1) was believed to be the sole source of brown cells’ ability to make heat without performing any work. UCP1 is found exclusively in brown and beige fat cells.

Now, Spiegelman has found an alternate pathway, independent of UCP1, through which the N-acyl amino acids can turn on energy burning in born cells and also in the liver. He said the weight loss results in obese mice given N-acyl amino acid were “dramatic and need to be evaluated further in scientific studies.”

One response to “Newly identified pathway could lead to obesity treatments”