The ability of animals to regenerate body parts has always fascinated scientists but until the advent of sophisticated tools for genetic and computational analysis, they had no way of studying the genetic machinery that enables regeneration… 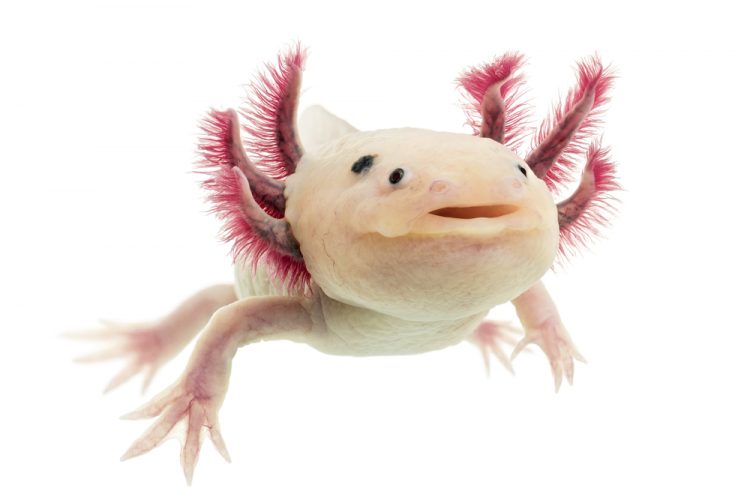 Many lower organisms retain the miraculous ability to regenerate form and function of almost any tissue after injury. Humans share many of our genes with these organisms, but our capacity for regeneration is limited. Scientists at the MDI Biological Laboratory in Bar Harbor, Maine, are studying the genetics of these organisms to find out how regenerative mechanisms might be activated in humans.

The ability of animals to regenerate body parts has always fascinated scientists but until the advent of sophisticated tools for genetic and computational analysis, they had no way of studying the genetic machinery that enables regeneration.

Using such tools, scientists at the MDI Biological Laboratory have identified genetic regulators governing regeneration that are common across species.

In the study, MDI Biological Laboratory scientists Benjamin King, PhD, and Voot Yin, PhD, identified these common genetic regulators in three regenerative species: the zebrafish, a common aquarium fish originally from India; the axolotl, a salamander native to the lakes of Mexico; and the bichir, a ray-finned fish from Africa.

The discovery of genetic mechanisms common to all three of these species, which diverged on the evolutionary tree about 420 million years ago, suggests that these mechanisms aren’t specific to any one individual species, but have been conserved by nature through evolution. The zebrafish, a common aquarium fish originally from India

“I remember that day very well – it was a fantastic feeling,” said King, of the discovery. “We didn’t expect the patterns of genetic expression to be vastly different in the three species, but it was amazing to see that they were consistently the same.”

The discovery of the common genetic regulators is expected to serve as a platform to inform new hypotheses about the genetic mechanisms underlying limb regeneration. The discovery also represents a major advance in understanding why many tissues in humans, including limb tissue, regenerate poorly, and how to possibly manipulate those mechanisms with drug therapies.

From Science Fiction to reality The bichir, a ray-finned fish from Africa

In particular, the scientists studied the formation of a mass of cells, a blastema, a reservoir for regenerating tissues. The formation of a blastema is the critical first step in the regeneration process. Using sophisticated genetic sequencing technology, King and Yin identified a common set of genes that are controlled by a shared network of genetic regulators known as microRNAs.

“Scientists here are studying an evolutionarily diverse range of animals to gain insight into the genetic mechanisms underlying the repair and regeneration of complex tissues and why these processes are poorly active in humans,” said Kevin Strange, PhD, the lab president. “The study reveals a genetic network governing limb regeneration that is common across three evolutionarily distinct animal species.”

The study also has implications for wound healing, which, because it also requires the replacement of lost or damaged tissues, involves similar genetic mechanisms. With a greater understanding of these mechanisms, treatments could potentially be developed to speed wound healing, thus reducing pain, decreasing risk of infection all with patients recovering more quickly.

Another potential application is development of more sophisticated prosthetic devices. When a limb is amputated the nerves at the site of amputation can be damaged. The repair and regeneration of these nerves could potentially enable the development of more sophisticated prostheses that could interface with these nerves, allowing for greater control.

While speedier wound-healing and improved prostheses may be on the nearer term horizon, the ability to regrow limbs is a long way off.

“It depends on the pace of discovery, which is heavily dependent on funding,” Yin said. He predicted the timeline could be hastened if enough research funding were available. “Unfortunately,” he added, “we are in a period of greatly diminished funding for scientific research.”

One response to “Mexican salamander holds key to limb regeneration”