Epigenetics provides new insights into the pathogenesis of lymphoma

Epigenetics looks at special regulation mechanisms, such as DNA methylation and histone modifications, which determine the gene expression pattern… 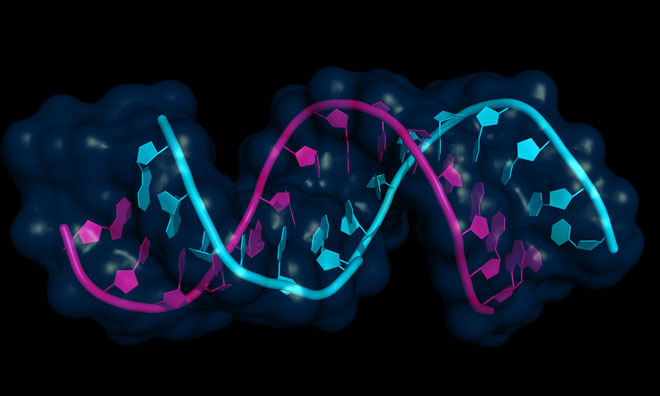 Cancer cells have a different DNA methylation pattern from that of healthy cells. These patterns can be used to explain tumour-specific deviations in gene expression and to identify biomarkers for the detection of tumours, as well as associated prognosis and treatment planning. This is all possible thanks to epigenetics. Epigenetics looks at special regulation mechanisms, such as DNA methylation and histone modifications, which determine the gene expression pattern of different types of cell and are passed on to daughter cells, without there being any specific changes to the DNA base sequence. Using this technology, it is now also possible to identify the original tumour cells, by comparing them with healthy cells.

In collaboration with scientists from the Austrian Institute of Technology (AIT), the University of Cambridge and the University of Southern California (USC), molecular biologist Melanie Hassler from the working group led by Gerda Egger has analysed the methylation pattern of Anaplastic Large Cell Lymphoma (ALCL), an aggressive non-Hodgkin lymphoma that primarily affects children and young adults. Read the study here

ALCL is a very aggressive form of leukaemia, which usually manifests itself as tumours in the lymph nodes, skin, lungs, liver and soft tissues.

However, the researchers were able to use the methylation pattern to show that – contrary to what we previously thought – ALCL resembles early T-cell development in the thymus gland, which is part of the lymphatic system.

Moreover, due to epigenetic silencing, these lymphomas lack important T-cell-specific factors for cell development and differentiation.

Hassler explains: “Certain drugs that interfere in the methylation programme of cancer cells could be used in future to adjust the methylation pattern of ALCL cells to that of healthy T-cells, thereby arresting tumour growth.”

A better understanding of ALCL

Egger, “The results of this study have given us a better understanding of the development of ALCL in children and adolescents, so that in future we will be able to attack cancer cells in a targeted way, using epigenetic therapies. Furthermore, decoding of the methylation pattern of ALCL provides us with a basis for establishing biomarkers in the area of personalised and translational medicine.”

Gerda Egger heads up the epigenetics working group at the Department of Pathology and is Deputy Director at the Ludwig Boltzmann Institute for Applied Diagnostics.