Stem cells are among the most energetically activated, migratory and proliferative sub-populations of tumour cells, according to observations by scholars at the Biomedical Research Centre at the University of Salford. 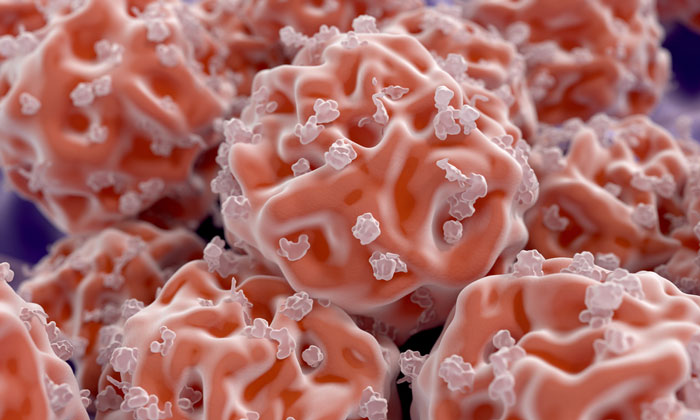 Cancerous stem cells are often left behind after chemotherapy with the potential to create new tumours – a process called recurrence and metastasis.

In their research, the Salford team conclude that stem cell characteristics and behaviour are instrumental in metastasis and believe the key to their reactivation is an enzyme called Telomerase, or hTERT.

Using lung, breast and ovarian cancer cells, the team set out to identify which cells are cancerous by their levels of Telomerase, an enzyme which endows cells with the ability to multiply.

To achieve this, they followed Telomerase activity with a fluorescent protein, GFP, more commonly found in jellyfish, effectively colouring each cells to mark it either  ‘active’ or ‘inactive’.

Cells highlighted ‘fluorescent’ (hTERT-high) were found to be up to 15 times more active than others with an vastly increased capacity for migration and cell proliferation.

Michael Lisanti, Professor of Translational Medicine at the University of Salford said, “We reasoned that if we could spot the telomerase activity, we could identify which cells were cancerous. What we had not expected was to find the very rapid rate of proliferation of the cancer stem cells.”

“Clearly, this contradicts the accepted view that stem cells do not proliferate quickly, and offers an alternative view of the process of metastasis, and moreover, a method of identifying, isolating and potentially killing tumour-forming cells.”

As part of the study, the team found that FDA-approved drugs, such as doxycycline and palbociclib, were effective at halting cancer stem cell propagation. Palbociclib blocks the activity of proteins known as cyclin-dependent kinases (CDK) and inhibits the division of cancer cells, but until now hadn’t been shown to effectively block cancer stem cell reproduction.

“The use of these FDA-approved drugs may provide a mechanism for treating metastatic disease on a larger scale and certainly opens the way for new Phase II clinical trials in multiple cancer types,” adds Professor Lisanti.

Dr Federica Sotgia, Reader of Translational Medicine at the University of Salford said: “We can now begin to think of cancer stem cells as being at the heart of tumour regrowth and turn our efforts away from ‘bulk cancer cells’, which don’t really drive tumour recurrence and metastasis.”