Researchers have uncovered molecular details of how pathogenic bacteria fight back against the human immune response to infection. 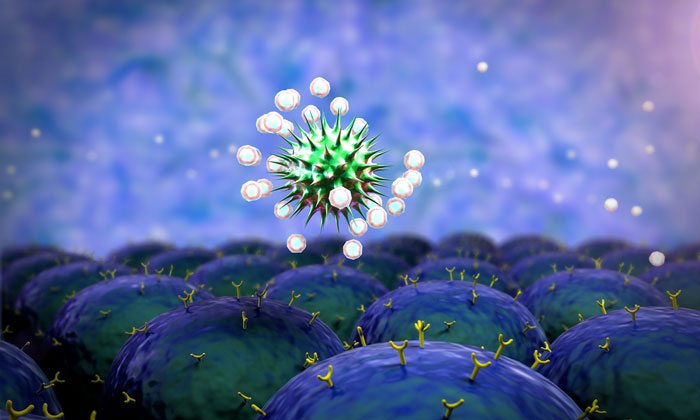 Scientists at the University of East Anglia (UEA) and Institut de Biologie Structurale (CEA-CNRS-UGA, France) have identified the structure of NsrR, a bacterial protein that binds to DNA and plays a key role in the bacterium’s resistance to nitric oxide (NO), which is produced in the initial immune response to infection.

In order to counter the effects of NO, which can be toxic to living organisms, many bacteria have evolved ways to detect it and mount a cellular response.

The most common dedicated NO sensor in bacteria is the regulatory protein NsrR. Regulatory proteins bind to DNA, and in doing so control whether particular genes are switched on or off.

NsrR contains a specialised type of co-factor – an additional component of a protein needed for its activity – called an iron-sulfur cluster. These are very fragile and reactive, which makes them hard to work with, but recent work in the Schools of Chemistry and Biology at UEA have provided important new information on how NsrR functions as a sensor of NO.

The team has now identified structures of the protein in its two principal forms – cluster-free and cluster-bound – revealing key differences that demonstrate how NsrR responds to NO.

These structural changes show how NsrR switches between DNA-binding and non-binding forms, enabling it to regulate the switching on or off of the production of enzymes which combat NO.

Prof Nick Le Brun, who led the work at UEA, said: “NsrR belongs to an important but poorly understood family of regulators, members of which are involved in a wide range of essential cellular functions in bacteria.

“Many of these regulators have been shown or are predicted to contain an iron-sulfur cluster, but our work provides the first example of a structure with the fragile cluster bound. It reveals the general mechanism by which these regulators respond to different signals.

“Furthermore, the structure reveals that the cluster is coordinated to the protein in a way that has not been observed before in biology.

“The process of how pathogens survive human immune responses is complex, and every step we take towards understanding it, the greater the possibility of developing intervention strategies that disable the response.”