A growing body of evidence suggests that virtual reality (VR) technology can be an effective part of treatment for phobias, posttraumatic stress disorder, and other mental health conditions, according to new research. 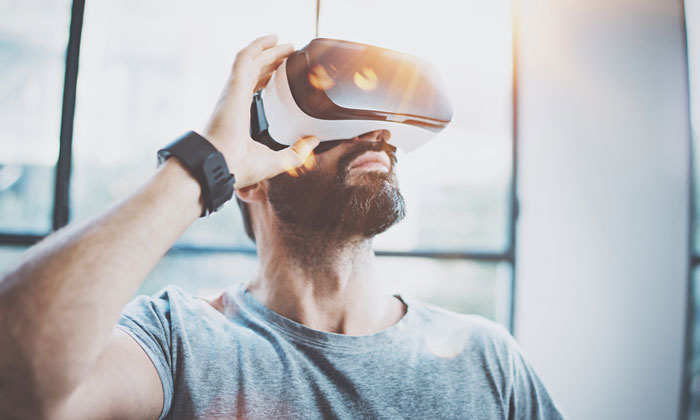 A growing body of evidence suggests that virtual reality (VR) technology can be an effective part of treatment for phobias, posttraumatic stress disorder, and other mental health conditions, according to new research.

“It allows providers to create computer-generated environments in a controlled setting, which can be used to create a sense of presence and immersion in the feared environment for individuals suffering from anxiety disorders.”

Dr Maples-Keller and colleagues review the current state of research on VR technology for psychiatric treatment. So far, research in this area has focused on exposure-based treatment for certain types of anxiety disorders. Studies have evaluated VR applications for progressive exposure to frightening situations in patients with specific phobias – especially fear of flying. Other studies have evaluated the use of VR for treatment of post-traumatic stress disorder in combat veterans.

Virtual reality applications can simulate exposures that would be costly or impractical to re-create in real life, such as airplane flight or combat conditions. It also enables the therapist to control the “dose” and specific aspects of the exposure environment. For example, the patient can “virtually” experience repeated take offs and landings without going on an actual flight.

Based on available evidence, VR has significant benefits in these types of anxiety disorders. Studies of flight phobia have reported significant and lasting reductions in flight-related anxiety. Patients report satisfaction with VR-based therapy, and in some cases find it more acceptable than traditional therapy.

Virtual reality has been studied in a wide range of conditions as well, including panic disorder, schizophrenia, acute and chronic pain, addictions (including smoking), and eating disorders. However, research on VR applications has important limitations including small numbers of patients and lack of comparison groups. The authors note that mental health care providers will need specific training before integrating VR approaches into clinical practice.

“With the cost of head-mounted displays coming down and smaller smartphone applications being developed, it is likely that virtual reality applications will proliferate,” Dr Maples-Keller and colleagues conclude.

“It will be important that these are treated as tools and therapists are properly trained in their applications.” The authors also note the exciting possibility VR provides to conduct methodologically rigorous and controlled clinical research.