A multi-institutional team based at Massachusetts General Hospital (MGH) has discovered how a potential treatment strategy for Huntington disease (HD) produces its effects, verified its action in human cells and identified a previously unknown deficit in neural stem cells from patients with HD. 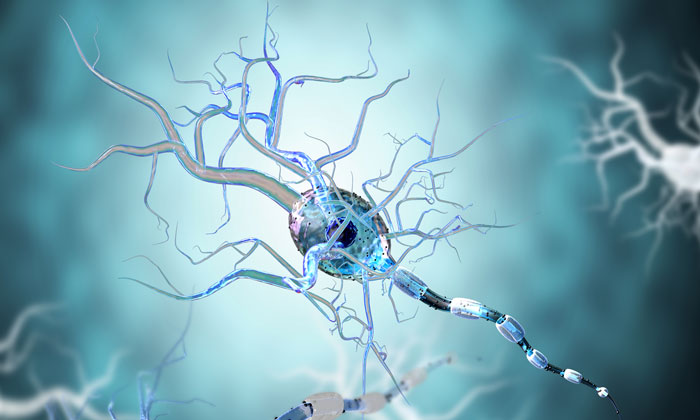 In their report, the team describes finding how a group of compounds activates the NRF2 molecular pathway, which protects cells from several damaging influences, and also discovering that NRF2-mediated activity appears to be impaired in neural stem cells from the brains of HD patients.

“NRF2 activates the expression of a large number of detoxification, antioxidant and anti-inflammatory genes, as well as genes involved in the clearance of damaged proteins,” says Aleksey Kazantsev, PhD, who led the study as an investigator at the Mass General Institute for Neurodegenerative Disease (MIND). “Previous work in cellular and animal models of HD demonstrated the neuroprotective efficacy of NRF2, but data in human HD cells have been lacking, precluding evaluation of the therapeutic potential of NRF2 signalling.”

A 2016 study led by Kazantsev identified a compound, which the investigators named MIND4, that appeared to protect against HD-associated neurodegeneration in two ways – by activating the NRF2-mediated pathway and by inhibiting the regulatory enzyme SIRT2, a strategy also being investigated to treat Parkinson’s disease. A related compound, called MIND4-17, was found to only activate the NRF2 pathway but to do so more powerfully than MIND4. The current investigation’s overall goal was to examine whether the NRF2 activation responses observed in that study were also present in human cells, indicating their potential for therapeutic development.

An initial series of experiments in cellular and animal models replicated the previous finding of powerful activation of the NRF2 pathway by MIND4-17 and also showed increased expression of antioxidant proteins further down the pathway. The investigators then found that MIND4-17 acts by mimicking the same process that activates the NRF2 pathway in response to oxidative stress. In stress-free conditions NRF2 is bound into a complex by two other proteins, one of which mediates a process leading to the breakdown of NRF2. MIND4-17 binds to and modifies the mediating protein in a way that changes the shape and arrests formation of the protein complex, thereby allowing newly synthesized NRF2 to escape degradation and move to the nucleus where it can activate protective antioxidant genes.

NRF2 activation also induced anti-inflammatory effects in microglia and macrophages, immune cells known to infiltrate the brain in late-stage HD; and treatment with MIND4, which crosses the blood-brain barrier, reduced levels of a key inflammatory protein in a mouse model of HD. MIND4-17 treatment of monocytes – the precursors to macrophages – from patients with HD reduced their production of inflammatory cytokines.

In human neural stem cells from patients with HD – cells reflecting a range of the CAG nucleotide repeats found in the mutated gene that underlies the disorder – NRF2 activation in response to MIND4-17 was found to be reduced at levels correlating with the number of repeats. While the response in cells with the number of CAG repeats typical for adult onset of HD symptoms was about half what was seen in control cells, in cells with the extreme number of repeats associated with juvenile-onset HD, MIND4-17 produced no detectable NRF2 activation. In a cell line in which extreme CAG repeats had been reduced to a nonpathologic level, MIND4-17 induced NRF2 activation at levels similar to those of control cells.

“These results in neural stem cells from HD patients are probably the most intriguing and significant of the study,” says Kazantsev, who is now based at the Cambridge, Mass., startup company Effective Therapeutics, LLC, but continues collaborating with colleagues at MGH and other institutions. “It is interesting that antioxidant responses to NRF2 activation were only reduced in neural stem cells, which are known to be depleted in patients with HD, but remained intact in non-neuronal cells. While these results strongly suggest NRF2 activation as a promising therapeutic avenue, that can only be confirmed by human clinical trials.”

Since MIND4-17 is unable to penetrate the blood brain barrier, future work is needed to develop powerful NRF2-activating compounds with enhanced brain permeability and to test their efficacy in models of HD and other neurodegenerative disorders. The previous and current work regarding therapeutic use of MIND4 and related compounds for conditions including HD, Parkinson disease and amytrophic lateral sclerosis is covered by an MGH-filed patent application.