A cancer drug for patients with certain types of leukaemia and lymphoma can also prevent reactions to some of the most common airborne allergens, according to a recent Northwestern Medicine study. The promising data from this pilot study could have greater implications for adults with food allergies. 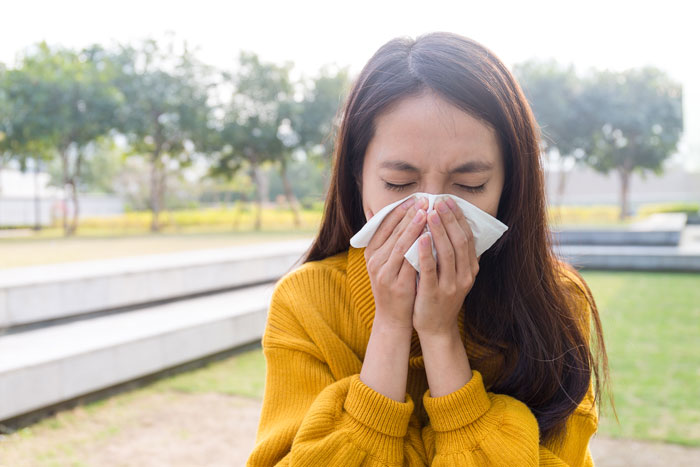 The cancer patients with allergies to such things as cat dander and ragweed experienced a reduction in their skin test reactivity of between 80 and 90 percent in just one week. This reduction persisted with continued use of the drug for at least one to two months.

This FDA-approved drug, ibrutinib, is currently on the market as a successful and less-toxic alternative to chemotherapy for patients with chronic lymphocytic leukaemia and mantle cell lymphoma. In this recent study, Bochner and his team performed traditional allergy skin tests and the basophil activation test – a related allergy test using blood cells – on cancer patients prior to taking ibrutinib; then one week after; followed by one to two months of use.
A rather unlikely pairing – cancer and allergies – Bochner thought to test if a cancer drug could prevent allergic reactions by collaborating with Feinberg’s oncology department.
He knew that the generally well-tolerated cancer drug was successful in blocking a protein inside a cell called Bruton’s Tyrosine Kinase (BTK). BTK plays a crucial role in B cell activation, growth and maturation, as well as mast cell and basophil activation – the latter two cells being responsible for immediate allergic reactions. Bochner teamed up with Northwestern oncologist Dr. Leo Gordon and colleagues to test if this BTK inhibitor could shut down an enzyme inside cells that is involved in allergic reactions.
“Ibrutinib is considered a game changer in these two types of cancers,” said Gordon, the Abby and John Friend Professor of Cancer Research at Feinberg.

“We understood that (Ibrutinib) might have some biologic effects in what Bruce is interested in, so we were happy to participate in his study. It’s an interesting repurposing of that drug.”

While the study was small – only two patients qualified out of about 35 that were screened for allergies – the implications are much larger for later phases of this study. Bochner and his colleagues Drs. Anne Marie Singh and Melanie Dispenza are now testing how successful the drug is at targeting allergies to food, such as tree nuts and peanuts.
“Preventing or lessening the severity of an allergic reaction to a food you’ve ingested that you’re allergic to is kind of the holy grail of food allergy treatment,” Bochner said.

“I don’t know if this or similar drugs will ever make it possible for a peanut-allergic person to eat peanut butter and jelly sandwiches, but we’re excited to use this approach to teach us how to lessen the risks of food allergy reactions.”

Currently, the study is being expanded to include adults with food allergies to see if their skin test and basophil activation test responses show a similar reduction with just a few doses of ibrutinib. They are also investigating how long such benefits might last. If the results are favourable, the next step would be to obtain funding to test whether taking a BTK inhibitor will improve the ability of food-allergic adults to eat foods they’re allergic to.