For nearly two decades researchers have sought a way to target an oestrogen receptor in the hope they could improve breast cancer survival, but an article contends that the effort may never pan out. 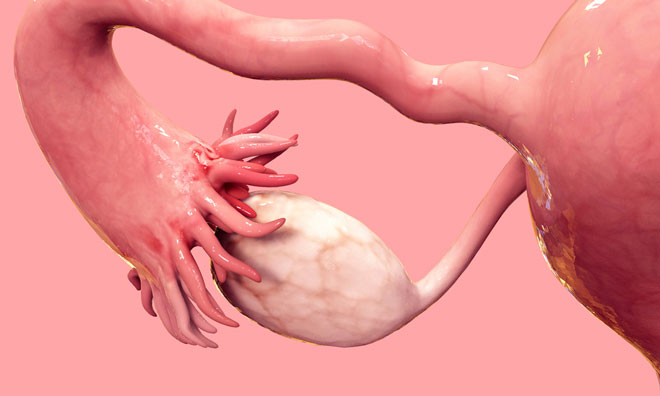 For nearly two decades researchers have sought a way to target an oestrogen receptor in the hope they could improve breast cancer survival, but an article contends that the effort may never pan out. The reason? The target receptor does not actually appear to be where they believe it to be.

The study questions whether reliance on insufficiently-validated antibodies has led science down a dead-end path since the discovery of oestrogen receptor beta (ESR2) in the 1990s.

Cecilia Williams, a researcher at KTH Royal Institute of Technology in Stockholm and the joint research centre, Science for Life Laboratory (SciLifeLab), says the beta receptor’s discovery changed our understanding of oestrogen signalling. It also raised hopes for a new endocrine treatment to complement the success of oestrogen-blocking drugs such as Tamoxifen.

These therapies target oestrogen receptor alpha (ESR1), which was the first and most important biomarker in breast cancer, and can predict which patients respond to anti-oestrogen treatment.

But about half of such breast cancer tumours do not respond to anti-oestrogen therapies, or they develop resistance over time, Williams says. “It has been thought that ERS2 had an opposite effect to ERS1, and that the beta receptor should not be blocked, but instead activated in breast cancer. This would supposedly improve survival.

“Clinical trials are ongoing in the world right now, which activate ERbeta in breast cancer patients – efforts that our study suggests are based on inadequate data,” she says.

“While we cannot claim that this receptor is completely absent in breast tumours, we do challenge the data behind the notion that the receptor is there.”

The Sweden-based research team says their study invalidates all but one of the antibodies used to detect oestrogen receptor beta. These 12 antibodies have instead been mistaking other proteins for ESR2, Williams says, and data generated with these antibodies cannot be trusted.

The one remaining antibody that can successfully be used against the beta receptor, however, can find no trace of the receptor in cancerous or healthy breast tissue, the study states.

Other oestrogen research relating to multiple other tissues and diseases are impacted by this study. Many false leads over the years may be due to “insufficiently specific” antibodies in the field of immunohistochemistry (IHC), Williams says.

The researchers validated the antibodies with a level of unprecedented rigor, she says. The team, which included researchers from Uppsala University and Karolinska Institutet, used negative and positive controls and applied multiple antibody-based applications. They compared performance of different antibodies on 44 different human tissue types and further identified bound proteins through techniques such mass spectroscopy at a scale not before undertaken.

They also searched large databases of gene expression, including The Cancer Genome Atlas, The Genotype-Tissue Expression, and the Human Protein Atlas, and pin-pointed a universal lack of oestrogen receptor beta messenger RNA in breast tissue.

“Our study contributes to improved reproducibility within research using biologics, or antibodies, and it clarifies earlier controversies within the field of oestrogen and breast cancer, thus helping move the field forward. In the end, we hope our study will help save both research funding and research time,” Williams says.

Anna Asplund, a researcher with Uppsala University, says the work should bring attention to a timely topic. “Significant problems due to poor validation of antibodies have recently been brought to the headlines. We hope that our study, together with other on-going antibody validation efforts, will lead to a better quality of antibodies and antibody-based research.”

In addition to the Swedish research universities, the research involved the Division of Pharmaceutical Industries, National Research Centre, in Dokki, Egypt; and the Department of Biology and Biochemistry, University of Houston, Texas, USA.

The project was supported by grants from the National Cancer Institute at the National Institutes of Health, Marie Curie Actions via the Swedish Governmental Agency for Innovation Systems (VINNOVA), the Swedish Cancer Society, the Stockholm County Council, the Swedish Research Council, and the Knut and Alice Wallenberg Foundation.