Lung cancer screening could save money as well as lives, research shows

Lung cancer screening is likely to be cost-effective, particularly if it also identifies other tobacco-related conditions in high-risk people, suggests new research. 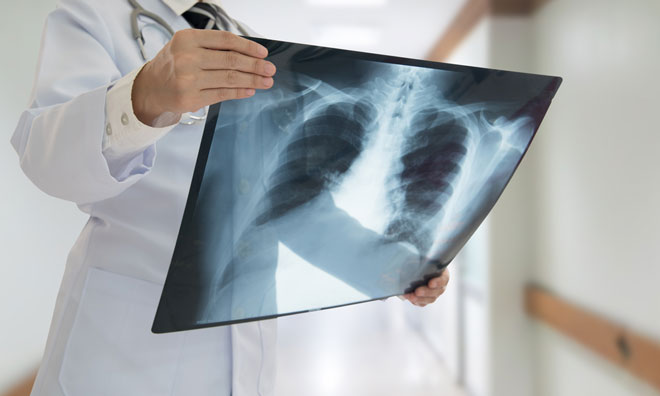 The authors of the study, a multidisciplinary team from Canada, suggest that combining CT screening for multiple conditions with efforts to stop smoking and manage the treatment of non-cancer heart and lung disease could make screening even more cost-effective.

Lung cancer affects millions of families around the world, and treatment is becoming more and more expensive. Healthcare systems are struggling to afford the drugs and give people access to new cancer medicines, so prevention and early detection are increasingly important. By diagnosing smoking-related diseases early on, it could be possible to improve people’s lives, both in length and in quality, more affordably. However, there are currently no national lung cancer screening programs in place, because there was little evidence that the benefit in terms of life improvement would outweigh the financial cost.

The new research shows that large-scale lung cancer screening programs could be economically viable if they targeted high-risk people and were also used to identify non-cancer conditions such as chronic obstructive pulmonary disease (COPD).

Lead author Dr Sonya Cressman, of The Canadian Centre for Applied Research in Cancer Control, and The British Columbia Cancer Agency in Canada, said: “We need to think about how we manage lung cancer and focus on more economically viable strategies, including prevention and screening. Screening those at a high risk gives us the chance to prevent and treat a range of tobacco-related illnesses, and could also offer access to care for individuals who could be otherwise stigmatised or segregated from receiving treatment.

Dr Cressman and the team looked at patient-level data from two major screening trials: the National Lung Cancer Screening Trial (NLST) and the Pan-Canadian Early Detection of Lung Cancer Study (PanCan). They built an economic model to simulate the costs and benefits of introducing lung cancer screening programs for high-risk people – those who had a 2% or higher chance of developing lung cancer within six years.

The researchers found that focusing on high-risk people could reduce the number of people who need to be screened by more than 80%. They calculated the cost of screening to be $20,724 (in 2015 Canadian dollars) per year of life saved; this means the screening would be considered cost-effective compared to the benchmark of $100,000 that is often paid for other cancer interventions in national healthcare.

They also concluded that the overall cost-effectiveness of the program could be substantially improved if the health of the people being screened were to improve. Combining CT screening with smoking cessation and management of cardiac care and chronic obstructive pulmonary disease would ultimately improve the cost-effectiveness of lung cancer screening, they say.

“With increasing economic pressure from rising drug costs and a strong industry influence, I was attracted to the area of lung cancer screening as a way to harness existing potential within our healthcare system,” commented Dr Cressman.

“Working with this team of investigators has driven the success of the study. The project arose from a strong multidisciplinary collaboration bringing together experts from across Canada who are passionate about public health and willing to invest their protected time in finding ways to optimise the way lung cancer care is delivered.”