Research from King’s College in London, UK, and Lund University in Sweden could explain why diabetes drugs that have worked in animal experiments are not equally successful in humans. The researchers discovered differences – as well as hitherto unknown similarities – in the function of insulin-producing beta cells. 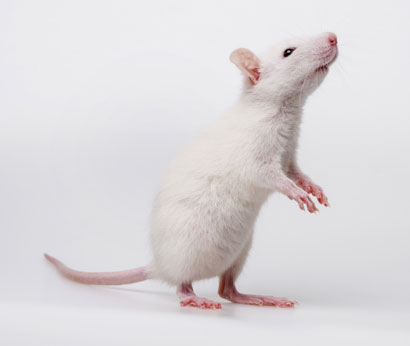 The team have mapped a category of receptors, known as G protein-coupled receptors, that control the function of beta-cells. They then compared the presence of these receptors in human cells with their presence in two types of laboratory mice, which have been used for more than 100 years to study human diseases.

“Our results show that there is a big difference between mice and humans, but also that there are differences between the two types of mice”, says Dr Stefan Amisten at King’s College and Associate Professor Albert Salehi at Lund University.

One of the differences is that humans lack a large part of the G protein-coupled receptors on the insulin-producing beta-cells that mice have and for which many drugs are developed. Of note is the fact that some of the receptors were only found in mice and others only in humans.

“This means that a drug developed to stimulate or inhibit a particular receptor which, in mice, can lead to increased insulin production, might have no effect on humans, or could even cause unbeneficial and diabetes-like symptoms”, says Stefan Amisten.

Another finding is that the GLP-1 receptor is produced to a greater extent in mouse- compared to human beta-cells. The GLP-1 receptor is activated by the GLP-1 hormone, which is released by the intestinal cells when we eat, and which in humans might slightly potentiate insulin secretion whilst also significantly delaying gastric emptying.

“So the question is whether what we’re seeing is merely a beta-cell effect, or also a stomach effect that, in turn, results in a lower food intake and consequently a lower blood sugar”, says Albert Salehi.

As the supply of insulin-producing beta-cells from humans is limited to that of donated cells from deceased organ donors, cells from mice are used in the development of new drugs. The same good results are rarely achieved when testing a new drug on human cells.
“This is well known, and a source of great frustration for researchers and the pharmaceutical industry. Is it then right to continue to develop drugs based on research conducted on mice, when these drugs cannot be used on humans?”, asks Albert Salehi.

Albert Salehi has also led another study which, on the contrary, has shown that there are new, previously unknown receptors that are found in both mice and humans. The study published in The Journal of Clinical Endocrinology and Metabolism shows that, for example, GPR56 is a common receptor in both human cells and the insulin-producing cells of the two types of mice, and is linked to improved cell function when activated.

“This opens up the door to new drugs with better potential to work on humans as well”, says Albert Salehi.