Mechanism identified to be responsible for the growth of epithelial tumours 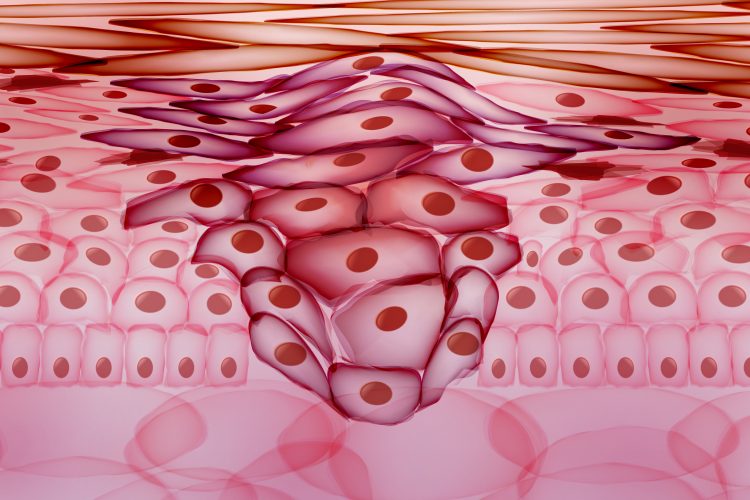 Researchers have identified the cell types and molecular mechanism responsible for the unlimited growth potential of epithelial tumours and demonstrated that the growth of these tumours is independent of its microenvironment.

To study the effect of the microenvironment on tumour development, the researchers from the Development and Growth Control Laboratory at Insitute for Research Biomedicine (IRB) Barcelona examined tumour growth in the absence of adjacent cell populations, such as cells of the immune system or mesenchymal cells, which can act as a niche by supplying tumours with growth factors.

The scientists observed that a tumour continued to grow in the absence of these two cell types.

Furthermore, they demonstrated that “the growth of epithelial tumours is dependent on activation of the JNK stress signalling pathway and that this pathway is intrinsically activated in a tumour, regardless of its microenvironment,” said Marco Milán, ICREA Research Professor and head of the laboratory.

The researchers have identified two functionally distinct cell populations within a tumour–one that proliferates and ones that does not–upon which internal growth mechanisms depend. “JNK is activated in a group of non-proliferating cells, namely those that show the highest degree of chromosomal instability or that have lost polarity.

JNK triggers the expression of growth factors and makes those cells still in the epithelium to go on proliferating. The continued proliferation of these cells leads to an increase in chromosomal instability and the loss of epithelial polarity in the tumours. Consequently, the number of cells expressing growth factors rises. These cross-feeding interactions explain the unlimited growth potential of these epithelial tumours,” said Mariana Muzzopappa, first author of the study and postdoctoral fellow in the Development and Growth Control Lab.

The mechanism of JNK activation differs depending on the tumour. “We have observed that tumours derived from chromosomal instability are induced by oxidative stress caused by ROS (reactive oxygen species), which triggers JNK. The mechanism in tumours that arise from the loss of cell polarity differs,” explains Dr Milán.

The results of this study shed further light on the causal relationship between chromosomal instability, loss of epithelial polarity and tumorigenesis and open new avenues for the search of therapeutic targets.

“We have induced tumour development in two ways–by generating genomic instability and the loss of cell polarity. We have validated the causal relationship between these two conditions–which are frequently observed in carcinomas–and the development of tumours,”