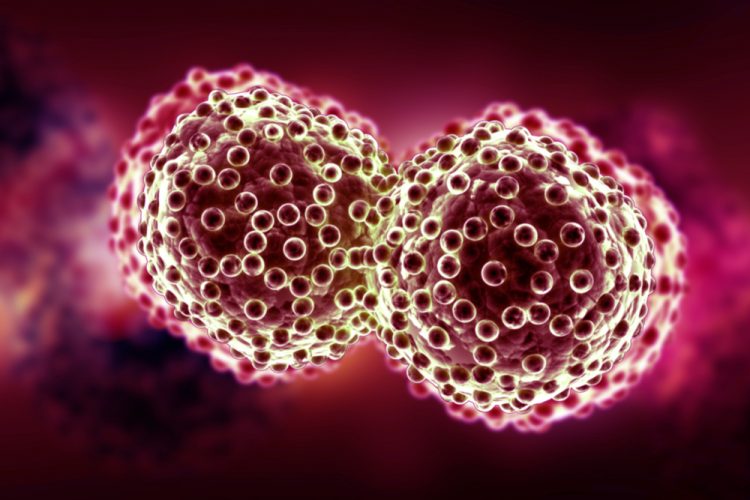 Scientists have developed and demonstrated a promising new strategy for the discovery of novel anti-cancer therapies.

The Scripps Research Institute (TSRI) scientists, collaborating with scientists at Pfizer, used their new approach to find small-molecule inhibitors of a protein that is important for the growth of non-small-cell lung cancers (NSCLCs).

The new approach is based on a set of sophisticated proteomics methods developed by Prof Cravatt and colleagues in recent years.

At the core of these methods is the recognition that certain amino acids on proteins have a special chemical reactivity that allows them to form irreversible covalent bonds with a suitably designed probe or “scout” molecules. Scientists can apply such molecules to a large collection of proteins, even the entire protein contents of a cluster of cells, to quickly identify proteins that have these reactive amino-acids–which would be considered potential drug targets.

Scientists can apply such molecules to a large collection of proteins, even the entire protein contents of a cluster of cells, to quickly identify proteins that have these reactive amino-acids–which would be considered potential drug targets.

For the study, Prof Cravatt and colleagues, including co-first authors Liron Bar-Peled, a postdoctoral research associate, and researcher Esther K. Kemper, sought to apply this proteomics strategy to the discovery of potential drug targets in NSCLCs that are supported by over-activity of the transcription factor NRF2.

NRF2 acts as an on-switch for a powerful antioxidant response. Some cancer cells use this response–forcing it to stay active always–to protect themselves from the cell-damaging oxidative byproducts of their unusual metabolic activity and runaway growth.

Pharmaceutical companies haven’t yet developed a drug that can switch off NRF2 in the substantial portion of NSCLCs that depend on its over-activity. Part of the reason is that NRF2 regulates the activities of genes expressed in cell types throughout the body, so a powerful NRF2-blocking agent could have excessive side effects. The researchers, therefore, looked for “downstream” elements in the NRF2 pathway that might be more easily and safely targetable.

To start, they used their proteomics platform, including a probe molecule, to identify reactive cysteine amino-acids within proteins in NRF2-driven NSCLC cells. Knocking down the expression of NRF2 in the cells, they observed how the reactivity of those cysteines changed.

Most of these NRF2-related changes in reactivity, as expected, came from changes in the production of these proteins with NRF2’s absence. But about 20 percent of these reactivity changes appeared to be due chiefly to oxidative modifications to the proteins as a result of the buildup of reactive oxygen molecules in the cells.

“Usually you think of a transcription factor such as NRF2 as regulating an enzyme’s function simply by changing the level of that enzyme,” said Dr Bar-Peled. “In these cases, it appears that NRF2 is shaping the enzymes’ environment to be more conducive to their proper function.”

The team next used a pair of more selective cysteine-binding probes in NSCLC cells to identify potentially drug-targetable cysteines that met two criteria: first, their reactivity changed greatly with NRF2’s activity, and second, their host proteins were primarily restricted in expression to NSCLCs driven by overactive NRF2.

One of the most promising targets meeting these criteria was in a protein called NR0B1. The scientists found that NR0B1 normally works in the nucleus in lung cancer cells as part of a larger protein complex to regulate gene expression. Screening a small-molecule compound library, they found two compounds that attach covalently to a reactive cysteine in NR0B1, resulting in disruption of its protein complexes.

The scientists used the compounds as probes for studying NR0B1’s functions and confirmed that the protein contributes to NRF2’s program of gene activity. They also used the compounds to provide evidence that targeting NR0B1 could be therapeutic.

“We were able to block and disrupt NR0B1’s functional output in these NRF2-activated lung cancers so that the cancers’ abnormal growth was reduced,” Dr Bar-Peled said.

“More generally, our findings demonstrate the existence of novel druggable proteins in cancer cells. NR0B1 was not previously known to have an ability to bind small molecules and would have therefore been considered difficult to hit with drugs.”

The researchers are now following up by investigating other potentially druggable proteins uncovered in the study. But they see the research above all as an initial demonstration of the power of their new approach to uncover new biology and new drug targets in hard-to-treat cancers.