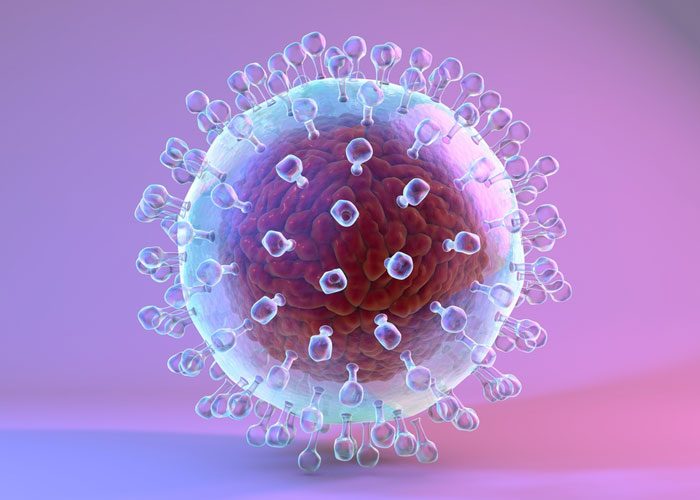 Researchers have identified differences in gene transcription within key immune cells that may distinguish those individuals infected with the hepatitis C virus (HCV) who develop the chronic infection from those whose immune systems successfully clear the virus.

These changes appear soon after the initial emergence of the T-cell response and long before conventional T-cell testing or clinical symptoms indicate whether or not an infection will become chronic.

“Our primary finding – that cellular energy metabolism is dysregulated at the transcriptional level very early on in chronic infection – harbors important clues for how we might want to think about the T-cell response to HCV infection and about T-cell exhaustion, in general,” says lead author Dr David Wolski, at the Massachusetts General Hospital (MGH) Gastroenterology Unit. “It gives us a potential avenue for finding earlier predictors of disease outcome and, more importantly, tells us what may be causing the failure of the T-cell response in chronic infection, giving us new opportunities to try and intervene before failure occurs.” 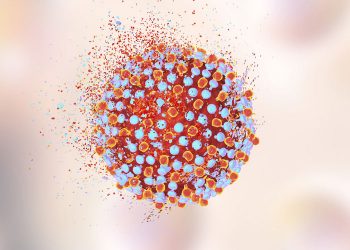 HCV differs from other chronic viral infection such as HIV or hepatitis B in that the infection spontaneously resolves in a small but significant minority of infected individuals, around 20 percent, within 6 months of infection. While the adaptive immune system responds to HCV in individuals who develop the chronic infection – producing CD8 and CD4 T cells specifically targeting the virus – the number of virus-specific T cells eventually diminishes, and those that remain to lose their functionality, a phenomenon called T-cell exhaustion.

This was only possible because of the availability of a group of 43 individuals diagnosed with HCV soon after their initial infection who provided a total of 78 blood samples – one to three from each – that were taken within 36 weeks of infection. Such patients are very difficult to identify, but the MGH group has one of the largest groups in the world, developed through the efforts of co-authors Dr Arthur Kim, MGH Division of Infectious Diseases, and Dr Lia Lewis-Ximenez, at the Oswaldo Cruz Institute in Rio de Janeiro, Brazil.

Of those 43 individuals, the infection resolved in 21 and became chronic in 22. Samples from participants in whom the infection persisted were further divided into two subgroups – “chronic” in which infection persists even though the CD8 T cells continue to recognise the circulating HCV viral strain, and “escape” in which the CD8 response is rendered “blind” because the virus has mutated in the region recognised by the T cells.

Studying patterns of gene expression in these two populations of chronic-HCV-associated T cells enabled the investigators to distinguish between expression changes related to T-cell receptor-mediated signalling and stimuli related to an inflammatory environment.

The most significant differences in gene transcription in HCV-specific CD8 T cells among the three groups were in genes related to cellular metabolism – the process of converting nutrients into energy – and to the regulation of gene transcription via the chromosomal structure called the nucleosome. In chronic samples, expression of metabolic genes increased briefly after infection but soon dropped.

This pattern, not seen in CD8 T cells from participants whose infection resolved, was observed long before standard T-cell analysis could reveal evidence of T-cell exhaustion, which has recently been linked to similar changes in cellular bioenergetics. Transcription patterns of the escape group samples shared features with both the chronic and resolved group, indicating the complexity of processes controlling the T-cell response.

Patient-related factors previously associated with the risk of chronic HCV infection – such as age, sex and the loss of HCV-specific CD4 T cells – also correlated with the early gene expression patterns of cells from the three groups. The researchers repeated their analysis in HCV-specific CD8 T cells from another 10 individuals – 7 whose infections became chronic and 3 in which it resolved – with similar findings, substantiating the original results.

Dr Lauer stresses, “This is not a final, definitive story about a single immune mechanism. Instead, we hope our overall analysis and our set of transcriptional data from virus-specific CD8 T cells in human HCV infection – which we believe is currently unique for its size and the inclusion of chronic responses not receiving T-cell receptor signals – will inspire and enable other studies into the molecular mechanisms that govern virus-specific and other T-cell responses. Our group is already planning more detailed studies of the metabolic requirements and the epigenetic regulation of T cells, and we’re trying to define the specific cellular processes that are affected by patients’ age, sex and the presence of CD4 helper T cells – research questions that warrant much greater attention.”

Dr Wolski adds, “Our findings highlight how paramount it is to move away from studying individual cell types in isolation if we want to understand the immune response to viral infections. While integrating transcriptional data from CD8 T cells with information on the presence of CD4 T cells and neutralizing antibodies is a start, future studies will have to examine multiple cell types simultaneously to understand how the complex interplay among cells orchestrates the induction of transcriptional changes and how epigenetic and post-translational mechanisms influence how these changes manifest at the protein level.”

The research has been published in the journal Immunity.