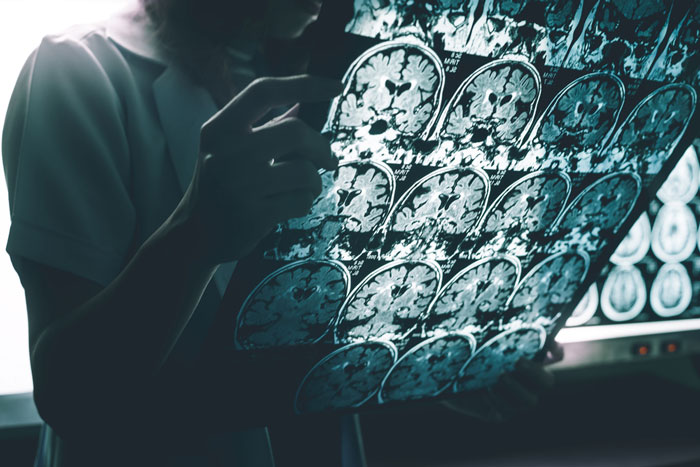 Researchers have genetically modified mice to exhibit characteristics of Alzheimer’s disease which are a valuable tool for studying the disease’s biology and testing new drugs.

Like people with the disease, the brains of mice accumulate clumps of proteins known as senile plaques. Dr Qingming Luo’s Visible Brain-wide Networks team at the Huazhong University of Science and Technology, China developed a system called cryo-micro-optical sectioning tomography (cryo-MOST) that improves the ability to image these senile plaques in the whole mouse brain.

“Studying the brain-wide distribution of senile plaques in mice will facilitate an understanding of how brain functions deteriorate during Alzheimer’s disease progression,” said Dr Jing Yuan. “We hope that cryo-MOST will accelerate the development and evaluation of Alzheimer’s disease treatments.”

The researchers detail their cryo-MOST system and report results from using it to create 3D, micron-resolution maps of senile plaques throughout the brain of a mouse model of Alzheimer’s disease.

The new system is simple and efficient compared with conventional approaches, requires no external dyes or labels, and because it is optical, offers more detailed information than other imaging techniques such as magnetic resonance imaging (MRI) or Positron Emission Tomography (PET).

Labels are not needed with cryo-MOST because it takes advantage of the natural fluorescence of senile plaques after exposure to an excitation light, a property known as autofluorescence.

Exogenous dyes may lead to unspecific, false-positive or uneven labelling in brain tissue

The researchers discovered that lowering the tissue temperature to less than -100 degrees Celsius brightened the autofluorescence from senile plaques and improved the resulting images.

To maintain the ultra-low temperatures required to enhance the fluorescence, the researchers created a system that allowed imaging of a sample immersed in liquid nitrogen. Because traditional optical microscopy can only image the surface of the tissue, they incorporated a mechanical milling machine that removed a layer of the tissue each time the surface was imaged.

When acquiring images of the whole mouse brain, the system automatically alternates between milling and imaging by using a mechanical stage to move the sample.

To demonstrate the ability of cryo-MOST to image the brain-wide distribution of senile plaques, the researchers used it to image a whole brain from a 17-month APP/PS1 mouse model of Alzheimer’s disease.

“The images from an aged Alzheimer’s disease mouse revealed that senile plaques have spread to the whole brain,” said Dr Yuan. “This indicates that the disease not only hurts memory and intelligence but may also cause an overall deterioration of other brain functions.”

The system used in the paper has a lateral resolution of 1.072 microns and an axial resolution of 17.152 microns when detecting fluorescence at a wavelength of 536 nm. The researchers say that these parameters could be further improved by using a better microscope.

Because the size of the tissue imaged is only limited by the maximum moving range of the mechanical stage, the system could be used for studying human brain tissue from deceased donors. It could also be useful for visualizing other biological molecules that exhibit autofluorescence in other organs. For example, it could image metabolism distribution in organs such as the kidney and liver.

The research team is currently working to improve the automation of the approach to speed up image acquisition and is incorporating enhancements that will improve image quality. These upgrades will allow their approach to be used for more applications.

They are also continuing to use cryo-MOST to study senile plaque distribution and morphology changes that come with the progression of Alzheimer’s disease.

“In addition to evaluating drug efficacy for neurodegenerative diseases, we believe our method will help neuroscientists understand the relationship between senile plaque distribution and other key factors of Alzheimer’s disease,” said Dr Yuan. “This will enhance the comprehensive understanding of the disease mechanisms and treatment.”

New microscopy method could lead to advancements in cell biology

Recognition of phosphohistidine-containing peptides by antibodies

ebook: Why you need to digitally transform your R&D organisation