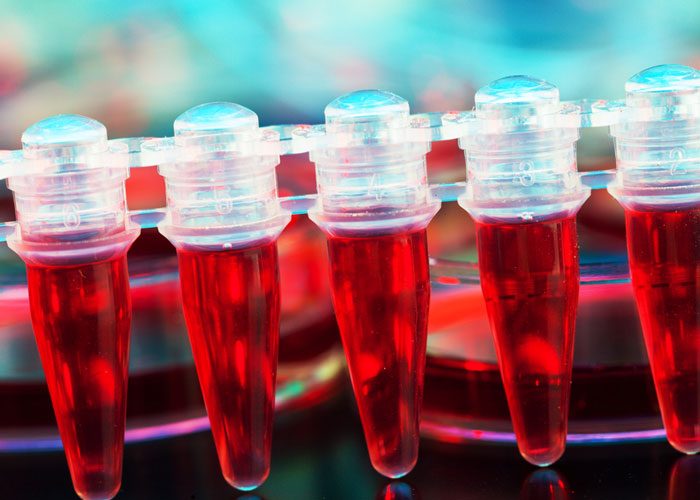 Researchers are leveraging the power of artificial intelligence to develop a new technique to detect ovarian cancer early and accurately. The team has identified a network of circulating microRNAs – small, non-coding pieces of genetic material – that are associated with risk of ovarian cancer and can be detected from a blood sample.

Most women are diagnosed with ovarian cancer when the disease is at an advanced stage, at which point only about a quarter of patients will survive for at least five years. But for women whose cancer is serendipitously picked up at an early stage, survival rates are much higher.

Currently, no FDA-approved screening techniques exist for ovarian cancer, making it challenging to diagnose the disease early in either women with a genetic predisposition for the disease or in the general population.

Ovarian cancer is relatively rare compared to other benign gynaecological conditions such as ovarian cysts. But early detection tests, such as ultrasound or detection of the protein CA125, have a high false positive rate for ovarian cancer. And clinical trials have found that when these tests are used to try to detect early-stage ovarian cancer, they do not have a meaningful impact on survival rates. The researchers at  Dana-Farber Cancer Institute (DFCI) and Brigham and Women’s Hospital (BWH) sought a tool that would be more sensitive and specific in detecting true cases of the early-stage disease.

The team looked at a set of molecules called microRNAs – non-coding regions of the genome that help control where and when genes are activated.

“microRNAs are the copywrite editors of the genome: Before a gene gets transcribed into a protein, they modify the message, adding proofreading notes to the genome,” said lead author Dr Kevin Elias, of BWH’s Department of Obstetrics and Gynecology.

“This project exemplifies the synergy of the two institutes DFCI and BWH and the power of clinicians working closely with lab-based scientists. My lab has been working on miRNAs for a decade and when Kevin came to us with the patient samples, it was a no-brainer to initiate this project” said the senior author Dr Dipanjan Chowdhury, Chief of the Division of Radiation and Genomic Stability in the Department of Radiation Oncology at DFCI.

In the lab, Dr Elias and Dr Chowdhury and their colleagues determined that ovarian cancer cells and normal cells have different microRNA profiles. Unlike other parts of the genetic code, microRNAs circulate in the blood, making it possible to measure their levels from a serum sample.

The team sequenced the microRNAs in blood samples from 135 women (prior to surgery or chemotherapy) to create a “training set” with which to train a computer program to look for microRNA differences between cases of ovarian cancer and cases of benign tumours, non-invasive tumours and healthy tissue.

Using this machine-learning approach, the team could leverage large amounts of microRNA data and develop different predictive models. The model that most accurately distinguished ovarian cancer from the benign tissue is known as a neural network model, which reflects the complex interactions between microRNAs.

“When we train a computer to find the best microRNA model, it’s a bit like identifying constellations in the night sky. At first, there are just lots of bright dots, but once you find a pattern, wherever you are in the world, you can pick it out,” said Dr Elias.

Finally, the group put their final model into practice, using the microRNA diagnostic test to predict the diagnoses of 51 patients presenting for surgical care in Lodz, Poland. In this population, 91.3 percent of the abnormal test results were ovarian cancer cases – a very low false positive rate. Negative test results reliably predicted the absence of cancer about 80 percent of the time, which is comparable to the accuracy of a Pap smear test.

“The key is that this test is very unlikely to misdiagnose ovarian cancer and give a positive signal when there is no malignant tumour. This is the hallmark of an effective diagnostic test,” said Dr Chowdhury.

To move the diagnostic tool out of the lab and into the clinic, the research team will need to verify how the microRNA signature changes over time as risk of ovarian cancer increases. To do so, they will need to use prospectively collected, longitudinal samples following women over time. They are particularly interested in determining if the tool will be useful for women at high risk of ovarian cancer as well as the general population.

Their findings are published online in eLife.