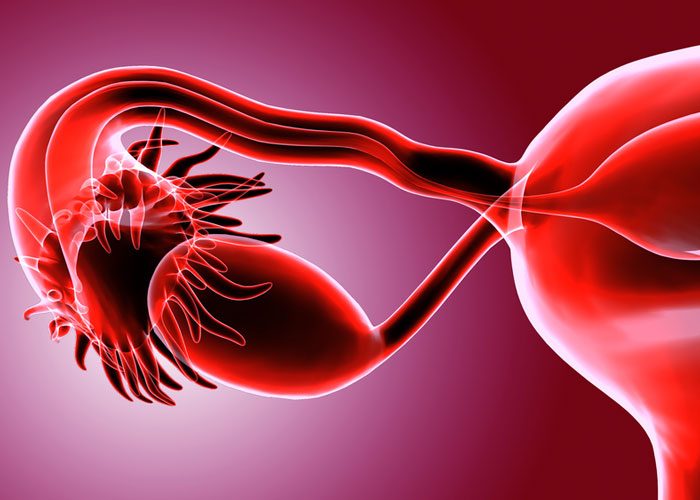 Screening for tumour cells in the fallopian tubes of women at high-risk for ovarian cancer may help detect the cancer years before it develops further, suggests a new study.

Dr Ronny Drapkin, an Associate Professor of Pathology in Obstetrics & Gynecology at the Perelman School of Medicine at the University of Pennsylvania and colleagues, have shown through human tumour studies and animal models that ovarian cancer can start in the fallopian tubes and secondarily move to the ovaries where it is clinically diagnosed.

However, it was not clear how and when these cancers developed, or how to best detect them before they progressed to the ovaries.

The new study traces the origins of high-grade serous ovarian carcinoma (HGSOC), the most frequent type of ovarian cancer that is often diagnosed at advanced stages, back to fallopian tube lesions known as ‘p53 signatures’ and serous tubal intraepithelial carcinomas (STICs) that harbour the TP53 gene mutations.

On average, the timing of the progression from the STICs to ovarian cancer in the five patients analyzed was 6.5 years, with cancer spreading to other areas quickly thereafter. The same TP53 gene mutations showed up in both the tube lesions and ovarian tumours of the women, all of whom also carried other high-risk mutations, such as BRCA or PTEN.

“These data provide much-needed insights into the etiology of ovarian cancer and have important implications for prevention, early detection and therapeutic intervention of the disease,” said Dr Drapkin, who also serves as director of the Penn Ovarian Cancer Research Center. “It points us to a signature in the tubes to look for, and shows us a window of time to spot these cancers before they morph into something more sinister in the ovaries.”

Samples were also taken from metastases in the appendix, abdomen, and rectum in three patients. In addition, the team further analysed isolated STIC lesions from four patients, three of whom had BRCA mutations and had their ovaries and tubes removed prophylactically. The fourth had her ovaries and tubes removed and a hysterectomy in the context of a pelvic mass surgery.

The researchers identified sequence changes in the TP53 tumour suppressor gene, a well-known driver gene in HGSOC, in all the patients. Those alterations were identical in all the samples from the same patient, including in the p53 signatures, the STIC lesions, and other carcinomas, suggesting that mutation of TP53 was among the earliest initiating events for HGSOC development, the authors said.

To recreate the timeline of the tumours, researchers used a mathematical model that estimates the interval between a “founder” cell of a tumour and the ancestral precursor cell in the lesions, using the mutation rates and cell division times observed in each patient.

The study further supports the concepts behind the recommendation for BRCA carriers and non-carriers to remove the fallopian tubes, rather than the ovaries – which may significantly reduce their risk, as it eliminates the underlying cellular precursors of ovarian cancer, and that preservation of the ovaries provides long-term benefits, particularly for younger women.

These insights also open the prospect of new approaches for screening, which is especially important, given the limited therapeutic options currently available for ovarian cancer. For example, recent advances in detecting mutations in liquid biopsies, pap smears, and other bodily fluids and imaging approaches may provide opportunities for early diagnosis and intervention, the authors wrote.

“These results represent an important step forward that helps fills a knowledge gap in the evolution of this cancer,” said Dr Drapkin. “More studies with a larger cohort of patients are needed to better understand these lesions and the progression into ovarian cancer, but this latest one suggests that examination of the fallopian tubes should become common practice in pathology, and not confined to just academic centres.”