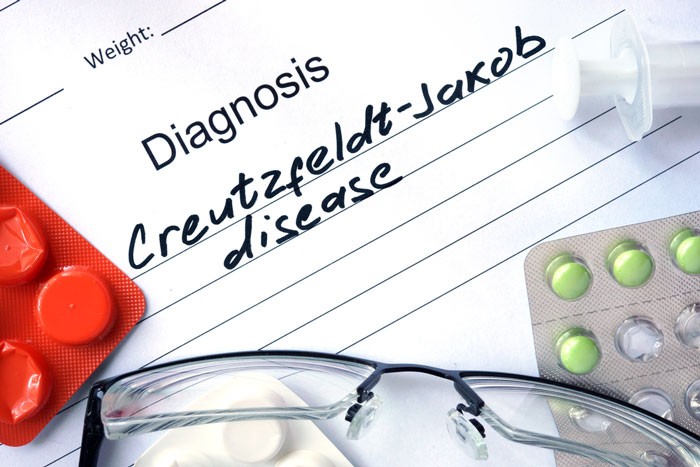 Scientists have detected abnormal prion protein in the skin of nearly two dozen people who died from Creutzfeldt-Jakob disease (CJD).

The study raised questions about the possible transmissibility of prion diseases via medical procedures involving the skin, and whether skin samples might be used to detect prion disease. Researchers from NIH’s National Institute of Allergy and Infectious Diseases (NIAID) were co-leaders of the study, which included multiple collaborating groups. They stress that the prion-seeding potential found in skin tissue is significantly less than what they have found in studies using brain tissue.

Using a test for prion diseases known as Real-Time Quaking-Induced Conversion (RT-QuIC), scientists analysed skin tissue from 38 patients–23 who had died from CJD, and 15 who died of other causes. They also collected brain tissue from the 23 CJD patients and from seven individuals who died of other causes. RT-QuIC correctly detected abnormal prion protein in each CJD patient sample tested and in none of the non-CJD group. The scientists noted that in the CJD group, the “seeding potential” for normal prion protein to convert to abnormal was 1,000 to 100,000 times lower in the skin than brain tissue.

The scientists then exposed humanised laboratory mice to either brain or skin extracts from two of the CJD patients. All 12 mice inoculated with brain tissue developed prion disease, as did all 12 inoculated with skin extracts, though disease in the skin group took about twice as long–roughly 400 days–to develop. The group also reported that brain degeneration in both groups of infected mice was similar.

“Perspective is important when interpreting these outcomes,” said Dr Byron Caughey, a senior investigator at NIAID’s Rocky Mountain Laboratories (RML) who helped oversee the study. “This study used humanised mice with tissue extracts directly inoculated into the brain, so the system was highly primed for infection. There is no evidence that transmission can occur in real-world situations via casual skin contact. However, the results raise transmission questions that warrant further study.”

The study also raises the possibility of using RT-QuIC with skin tissue samples as a diagnostic test for human and animal prion diseases. The test is widely used with samples of brain and spinal-fluid for the diagnosis of CJD, but such samples are not always available.

“Our objective has always been to facilitate RT-QuIC testing using the most broadly available and least-invasive sample possible, whether that is blood, skin, nasal brushings, or other samples,” Dr Caughey said. His research group has developed RT-QuIC over the past decade at RML, where he also has trained many international colleagues to use and advance the test.

Dr Caughey’s group is continuing its development of RT-QuIC applications, including further studies of when and where the pathological prion protein appears in the skin, and how to effectively inactivate its infectious forms.

The results of the study have been published in Science Translational Medicine,