The ATR protein has been imaged at ‘near-atomic resolution’, providing greater insight into its activation in DNA repair. 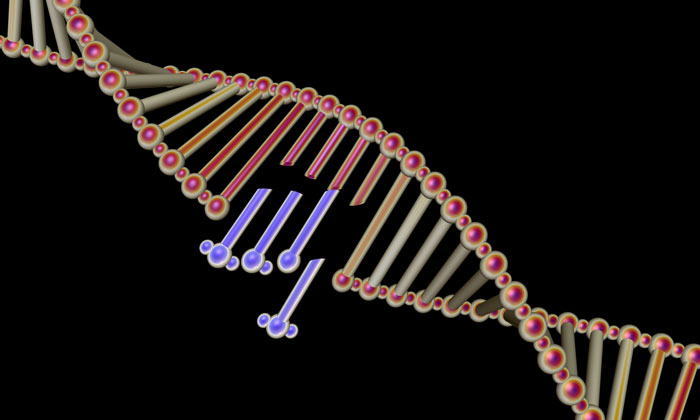 Cells continuously replicate to repair and replace damaged tissue, and each division requires a reprinting of the cell’s genetic blueprints. As the DNA duplicates, errors inevitably occur, resulting in damage that, if left unrepaired, can lead to cellular death.

At the first hint of DNA damage, a protein known as an ATR kinase activates the cell’s built-in repair system. Scientists have now imaged this protein at unprecedented resolution, and are beginning to understand its response to DNA damage.

The researchers published the structural information in Science.

“The ATR protein is the apical kinase to cope with the DNA damages and replication stress,” said Gang Cai, a professor of life sciences at the University of Science & Technology of China in Hefei, China, and the lead author on the paper.

“It has long been a central question to determine [the] activation mechanism of ATR kinase – how it responds to DNA damage and how it is activated.”

Cai and his team used electron microscopy to image the Mec1-Ddc2 complex at 3.9 ångströms, which is about eight times the size of a single atom of helium. The complex is found in yeast and is the equivalent of the human ATR protein and its cell-signalling protein partner, ATRIP.

The ATR kinase is one of six proteins responsible for maintaining the health of the cell. When this family of proteins identify a problem, such as DNA damage, they instigate the downstream signals needed to repair the damage.

“Cryo-electron microscopy of the Mec1-Ddc2 with state-of-the-art instrumentation has resulted in an electron density map at near-atomic resolution,” said Cai, noting that the improved map has confirmed and expanded upon previous findings.

ATR has long been a potential therapeutic target, according to Cai. The high-resolution structural information revealed regulatory sites of the ATR kinase, which are poised to activate at the first hint of DNA damage. Elucidating this mechanism could aid in the development of new therapeutics.

“The structure of [the] yeast member closely resembles those of the human counterpart,” said Cai, drawing attention to the substantial similarity in the detailed architecture.

“We believe the information acquired from the yeast Mec1-Ddc2 shed light on the architecture and mechanism of [the] human ATR-ATRIP complex.”

Cai and his team are now imaging the yeast Mec1-Ddc2 and its human counterpart at different points of activation. They plan to develop more specific and efficient ATR inhibitors to explore the possibility of improving cancer treatments.