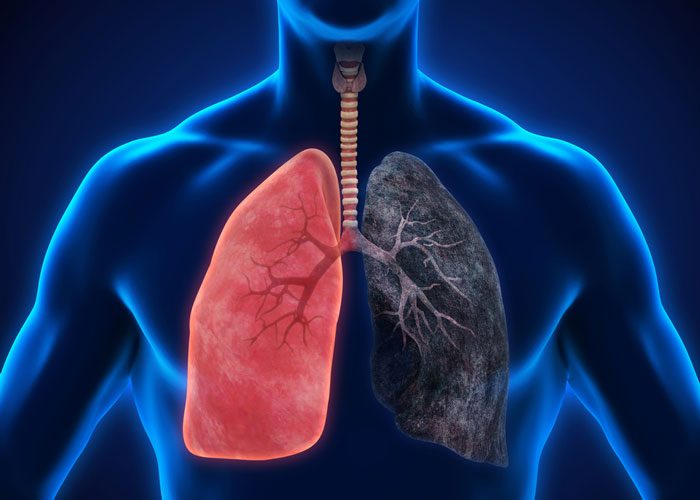 Researchers have discovered that genetic variations in the anatomy of the lungs could serve as indicators to help identify people who have low, but stable, lung function early in life, and those who are particularly at risk for chronic obstructive pulmonary disease (COPD) because of a smoke-induced decline in lung function.

Cigarette smoking has long been the most common cause of COPD, but not all smokers develop the condition, and many non-smokers do. Why that is has never been fully understood, but a team of researchers now have a clue after discovering that genetically programmed airway tree variation is linked to a higher prevalence of COPD among older adults.

“This work raises many interesting questions for researchers. Understanding precisely why these genes influence the development of COPD may lead to entirely new and more effective ways of preventing or treating this disease,” said Dr James Kiley, director of the NHLBI Division of Lung Diseases. “This novel study suggests that a CT scan, which is widely available, can be used to measure airway structure and predict who is at higher risk for smoke-induced lung injury.”

Until recently, researchers believed that COPD developed later in life as a result of prolonged exposure to cigarette smoke or air pollution, which accelerated the decline in lung function. However, recent studies have shown that many older adults with COPD had low lung function early in life and experienced the normal lung function decline associated with ageing, not an accelerated decline.

These airway tree variations are identifiable on low-dose screening lung CT scans, which are currently indicated clinically for lung cancer screening in older patients with a history of heavy smoking in the prior 15 years. Before CT scans are used outside of this group for the identification of airway variants in clinical practice, the study authors say more research will be needed to confirm that preventive or therapeutic interventions based on the presence of airway tree variations can improve patients’ outcomes.

In the meantime, the researchers say they will be investigating another important finding — this one around family history. Their study identified a common airway branch variation that occurs within families and is associated with COPD among non-smokers. Smith said while other developmental events that occur within families may be involved, his research team is looking into whether there is a genetic basis for this variant. “If proven,” he said, “this would represent a novel mechanism of COPD among non-smokers.”

The researcher emphasized that for all the new findings, quitting smoking remains the best antidote to COPD, and smokers trying to quit should seek professional help, if necessary, to succeed.