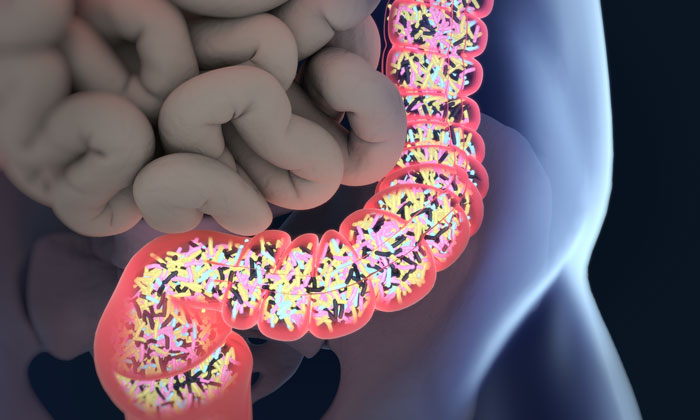 Every year in the United States an estimated 400,000 blood infections are attributed to the use (or mis-use) of central lines – flexible tubes that deliver medicines, fluids, blood and nutrients to treat cancer patients.

However, a study by University of Colorado Cancer Center investigators working at Children’s Hospital Colorado has explored another possible cause of cancer-associated blood infections, namely changes in the microbiome – the community of microorganisms that live within the human body. It now appears that an imbalanced microbiome in conjunction with a leaky gut may be the cause of some bloodstream infections and not an unhygienic central line, as previously concluded.

Commenting on the hypothesis that microbiome changes could lead to infections, Bryan Nycz – medical student at the CU School of Medicine – said: “Basically, we wanted to see if the composition of a cancer patient’s microbiome could predict who would go on to develop bloodstream and Clostridium difficile infections.”

The fungal microbiome contributes to alcohol-induced liver damage in mice…

The study examined samples collected during a 2012 outbreak of Clostridium difficile (C. diff). Between October and December of that year, stool samples were collected from all paediatric oncology patients admitted to Children’s Hospital Colorado, to check for C. diff colonisation. Some of these patients subsequently developed C. diff infections and, unfortunately but as expected, some developed blood infections. The fact that stool samples were preserved enabled the current study to explore the link between the composition of patients’ microbiomes (via the microorganisms identified in stool) and these two types of infection.

The total number of samples and records available were from 42 patients.

The microbiome composition of the research population differed based on the patient’s type of cancer and treatment – ie, the location and type of cancer, as well as the introduction of chemotherapy and antibiotics, affected the diversity and makeup of patients’ microbiomes. Patients who had received bone marrow transplants and subsequent therapies were most affected.

However, the composition of a patient’s microbiome did not necessarily predict which patients would develop C. diff infections, though Nycz reflects that the relatively small sample size may have contributed to this lack of proven connection.

“Although our results did not demonstrate a connection between the microbiome and C. diff infections, our data did hint there might be an association,” he says. (An ongoing study hopes to add additional data.)

“We’re proposing ‘here’s what they have in their bloodstream’, and ‘here’s where the microorganism may have come from’ i.e. their gut,” Nycz says.

Can we call it CLABSI?

“We can’t attribute all of these infections to poor central line hygiene,” says Nycz. “We should shy away from calling these infections CLABSI and start referring to them more generally as bloodstream infections.”

The implication is that appropriate prevention and treatment may depend on the source of infection. If some infections previously called CLABSI are, in fact, due to microbial populations leaking into the bloodstream from the gut (“leaky gut” is especially common in cancer patients), then prevention may depend on maintaining microbiome health, and treatment could include strategies that therapeutically adjust the microbiome. Likewise, patients with altered microbiomes may benefit from closer monitoring for infections.

“It’s way too early to suggest that paediatric oncologists make predictions or manipulate patients’ microbiomes,” says Nycz. “But our results add to a growing body of literature suggesting that the microbiome matters during cancer treatment. In this case, microbiome diversity and composition may help us identify patients at greater risk for blood infections.”

As part of the CU School of Medicine Research Track, Nycz will continue studying the link between the microbiome and infection in paediatric cancer patients. The next phase of this ongoing study follows patients for a year after hospital admission to determine how the microbiome changes over time in response to cancer and cancer treatment, and to examine more closely whether changes in the microbiome can predict the development of C. diff and/or bloodstream infections.