Researchers have identified a key protein that could explain why heavy bleeding occurs during menorrhagia, paving the way for potential treatments that avoid the need to take hormones… 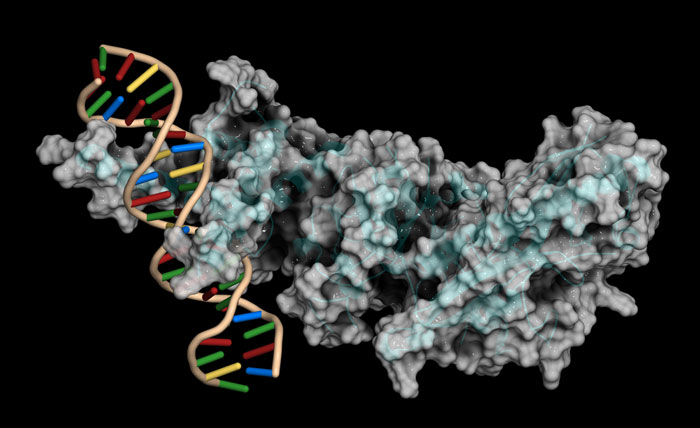 Researchers from the MRC Centre for Reproductive Health at the University of Edinburgh have identified a key protein that could explain why heavy bleeding occurs, paving the way for potential treatments that avoid the need to take hormones.

For their study, the researchers studied the womb lining, known as the endometrium. This is shed during menstruation, leaving behind a wound-like surface that must heal to limit blood loss.

They discovered that lowered levels of oxygen – known as hypoxia – stimulates production of a protein called HIF-1, which drives repair of the womb lining.

Women with heavy periods had reduced levels of HIF-1 compared with women with normal blood loss, the findings showed.

Tests on mice using a drug to boost levels of HIF-1 led to improved tissue repair and reduced blood loss. The results offer hope for therapies, the scientists say. Study lead author, Dr Jackie Maybin, Clinical Lecturer in Obstetrics and Gynaecology at the MRC Centre for Reproductive Health, said: “Our findings reveal for the first time that HIF-1 and reduced levels of oxygen in the womb are required during a period to optimise repair of the womb lining.

Heavy menstrual bleeding is one of the most common reasons for visiting the gynaecologist – about 20 to 30 per cent of pre-menopausal women deal with heavy bleeding, according to the researchers. Over 800,000 women per year seek treatment in the UK alone. The medical term for heavy periods is ‘menorrhagia.’

Diagnosing heavy menstrual bleeding can be subjective, but the medical community defines it as blood loss of more than 80 millilitres per menstrual cycle.

The condition can lead to severe anaemia – where there are not enough red blood cells to carry oxygen around the body.  It can lead to severe abdominal pain and disrupt daily life, as well as giving rise to other symptoms, such as bloating, unscheduled bleeding, and fatigue.

Current therapies to ease heavy bleeding are hormone-based and often prevent pregnancy. Hormonal treatments can result in side effects and in many cases, women experiencing heavy periods may have to undergo a hysterectomy. The researchers say there’s a “clear, unmet” need for treatment that doesn’t tamper with hormones and fertility.

Dr Neha Issar-Brown, Head of Population and Systems Medicine at the MRC, welcomed the findings: “Heavy bleeding is a debilitating condition that a staggering number of women have to live with. Unfortunately, there aren’t many therapies to help alleviate discomfort from menorrhagia which, added to the obvious emotional impact, can severely impact women’s day-to-day activities and well-being.

“This research, spearheaded by the MRC Centre for Reproductive Health, lays the much needed groundwork to developing new treatment options for women grappling with this condition. The fact that preliminary results suggest no interference with fertility makes it even more promising.”

The study has been published in Nature Communications and was primarily funded by Wellcome with support from the MRC, the Academy of Medical Sciences and Wellbeing of Women.

MRC Centre for Reproductive Health at the University of Edinburgh, Wellcome Trust