Scientists have successfully blocked the powerful call of two types of aggressive cancer – glioblastoma and breast cancer – in laboratory models; with evidence that inhibiting the chemical 20-HETE halts tumour growth. 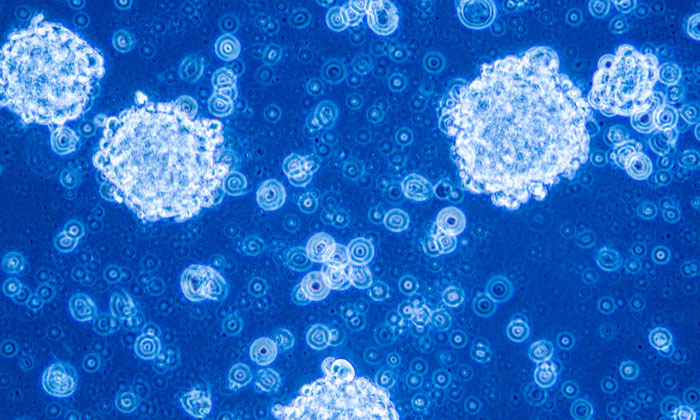 Aggressive cancers like glioblastoma and metastatic breast cancer have in common a siren call that beckons the bone marrow to send along whatever the tumours need to survive and thrive.

Scientists say a logical and effective new treatment target is to block production of the chemical that initiates that call.

They have successfully used an inhibitor of the chemical 20-HETE to control the growth and spread of human glioblastomas and breast cancer in laboratory models, says Dr. Ali S. Arbab, leader of the Tumor Angiogenesis Initiative at the Georgia Cancer Center and professor in the Department of Biochemistry and Molecular Biology at the Medical College of Georgia at Augusta University.

Commenting on the premise of their study, Arbab said: “Our idea is that the most aggressive tumours have the same basic mechanisms of growth and spread,”

“We have good evidence that blocking 20-HETE production is a good way to inhibit that growth.”

20-HETE is not only an essential partner for a healthy body, but apparently for cancer aswell. 20-HETE – or 20-Hydroxyeicosatetraenoic acid – is a metabolite of arachidonic acid, a fatty acid we make and constantly use for a wide variety of functions, including helping make lipids for our cell membranes.

Its normal functions include helping regulate blood pressure and blood flow, as well as being a known mediator of inflammation. Under healthy conditions it actually helps fight infection and protect us from cancer and other invaders.

However, tumours express too much 20-HETE, at which point the chemical turns on us. Dr B.R. Achyut, cancer biologist in the MCG Department of Biochemistry and Molecular Biology, explains that the chemical firstly activates immune cells that will send the cytokines that become the siren call to our bone marrow, then once the bone marrow cells arrive, 20-HETE also turns the cells’ usually lifesaving functions – like making blood vessels and populating our immune system – against us. This includes bolstering the primary tumour site and, in the case of breast cancer, helping prepare remote sites in places like the brain, lung and liver, he continues.

Arbab and his team have shown that 20-HETE aids activation  of several enzymes that promote inflammation to support – not fight – cancer. To reduce the numerous ill effects of too much 20-HETE, the scientists used an inhibitor, called HET0016, in combination with chemotherapy, says Dr. Thaiz F. Borin, molecular biologist in the MCG Department of Biochemistry and Molecular Biology. They expect its clinical usage will be as an adjuvant therapy.

After administering the drug alternately with the chemotherapy drug temozolomide for three to six weeks, they found in rats with glioblastoma, for example, that the rodents survived for at least six months. This represents a significant improvement on the few weeks survival that would otherwise have been the case.

One of the team’s many findings is that targeting the arachidonic acid pathway by inhibiting the production of 20-HETE resulted in a reduction of MDSCs in the usual sites of breast cancer spread, such as the lungs, liver, brain or bones. There was less communication between the tumour’s original site and these deadly satellite locations. When they examined the lungs, they witnessed fewer cytokines to summon the bone marrow cells and fewer enzymes that also support invasiveness of the breast cancer cells. HET0016 (the inhibitor of 20-HETE) was also able to decrease the amount of growth factors, cytokines and enzymes called metalloproteinases responsible for the aggressiveness and invasiveness of tumour cells, Borin says.

The primary tumours also shrank because they are no longer recruiting the factors that enable growth, Arbab says. “They are becoming static,” he adds, noting that the 20-HETE blocker does not kill tumour cells, rather essentially puts them on hold.

The Georgia Cancer Center team notes that chemotherapy does kill tumour cells but when the tumours start dying they actually increase their release of cytokines as another cry for survival, which is another good reason to also directly target the call for assistance that tumours are sending, Arbab says.

“Cytokines are the point of action and cancer releases a lot of them,” Borin says of these molecules, well known for their role in regulating the immune response.

The 20-HETE inhibitor they are using for the preclinical studies is made by Dr. Iryna Lebedeva, assistant professor in the Department of Chemistry and Physics at Augusta University. The scientists have already identified companies that could make a clinical grade inhibitor.

Their work is continuing by investigating the inhibitor’s mechanism of action; learning more about how it works to aid research into further possible treatment avenues.