Scientists in Switzerland have developed the tools to sequence genes from the leprosy bacterium, Mycobacterium leprae, revealing information about its origins and reasons behind its resistance to drugs. 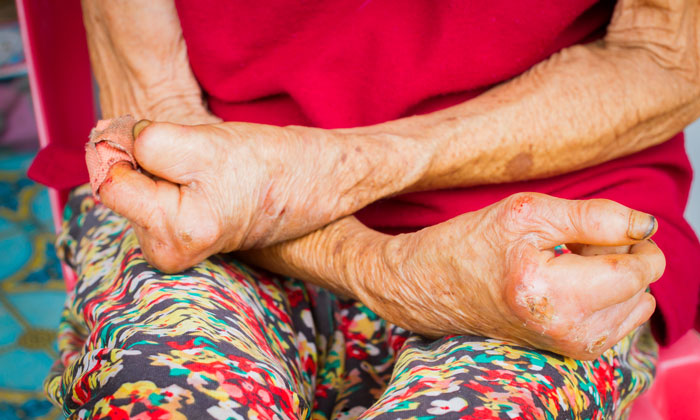 Leprosy is an infectious disease with gruesome symptoms. It damages the skin, peripheral nerves, the upper respiratory tract, and the eyes. Despite being curable with multidrug therapy, leprosy still persists in many developing countries, with more than 200,000 new cases every year and increasing drug-resistant strains of the leprosy bacterium, Mycobacterium leprae, emerging.

To fight leprosy, scientists need to better understand the biology of M. leprae – the bacterium that causes the disease –specifically, how it interacts with its host and resists antibiotics. However, studying the bacterium is difficult, as it cannot be grown in a lab.

Now, an international team of scientists led by Stewart Cole‘s lab at École Polytechnique Fédérale de Lausanne (EPFL)’s Global Health Institute have isolated, sequenced and analysed the genomes of 154 strains of M. leprae from around the world. The study found several genes that are associated with resistance to antibiotics, including new genes that might point to previously unknown mechanisms of drug resistance.

“This is an important finding,” says Stewart Cole.

The way clofazimine, one of the main leprosy drugs, works is completely unknown but now we have a new lead to investigate thanks to this analysis of multidrug-resistant M. leprae.”

Isolating M. leprae DNA presented a challenge, due to the low levels of bacteria in skin biopsies and the huge variety between different patients.

The scientists also found eight strains of M. leprae whose genomes harboured an incredibly large number of random mutations, accumulated over a period of several years or even decades. These eight strains are all resistant to multi-drug therapy, and were the only ones in the study in which a gene that is responsible for DNA repair is disrupted.

“It’s a fascinating survival strategy against antibiotics,” explains Andrej Benjak, the study’s leading author. “Disrupting DNA repair will result in a storm of random mutations, increasing the chance that the right gene mutates at the right spot and lead to drug resistance.

But random mutations can be deadly, so it’s like a desperate, genetic Russian roulette for the bacterium.”

The researchers also discovered that leprosy itself might have originated in the Far East. Several bacterial strains from East Asia belonged to the ancestral lineages of the leprosy bacilli. “People naturally assume that old human diseases originated in Africa, but for leprosy, the evidence points to Eurasia,” says Charlotte Avanzi, one of the study’s authors from Cole’s lab.

Narrowing down the location of the origin will facilitate the reconstruction of the spread of the disease. “We need more samples from Central Asia and the Middle East, but these are hard to get due to current geopolitical issues,” says Avanzi. “For Europe, where leprosy is eradicated, we have to rely on ancient human remains. But it’s possible – we have developed the tools, and now we are ready to sequence even more samples.”