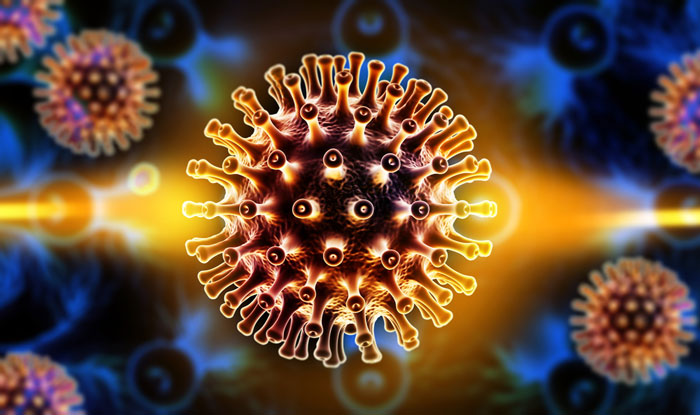 Scientists have shown a relationship between the proportion of key immune cells that display high levels of a gut-homing protein called alpha-4 beta-7 at the time of HIV infection and health outcomes.

Previous research carried out illustrated this relationship in monkeys infected with a simian form of HIV.

The new study found that women who had more CD4+ T cells displaying high levels of alpha-4 beta-7 on their surface were more likely to become infected with HIV, and the virus damaged their immune systems more rapidly than women with fewer such cells. The National Institutes of Health co-funded the study with the South African Medical Research Council as part of the US-South Africa Program for Collaborative Biomedical Research. In addition, NIH scientists collaborated on the study. The report appears online today in the journal Science Translational Medicine.

The research team compared the percentage of CD4+ T cells displaying high levels of alpha-4 beta-7 in blood samples drawn from 59 women shortly before they acquired HIV to the percentage of such cells in 106 women who remained HIV negative. Aged 18 to 40 years, the women were selected from participants in the CAPRISA 004 study, which evaluated the safety and efficacy of tenofovir gel for HIV prevention in KwaZulu-Natal, South Africa, from 2007 to 2010. Understanding HIV acquisition and disease progression among African women is especially important because women accounted for nearly 60 percent of new HIV infections among adults in sub-Saharan Africa in 2016. 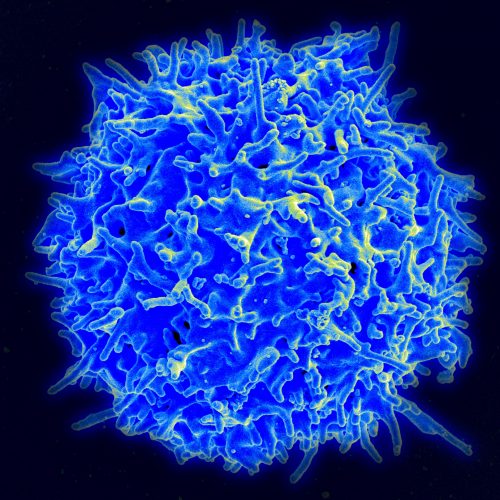 Scanning electron micrograph of a human T cell from the immune system of a healthy donor. NIAID

The proportion of CD4+ T cells with high levels of alpha-4 beta-7 had an effect, albeit modest, on the risk of acquiring HIV among both the women in the CAPRISA 004 study and a separate cohort of 41 female sex workers in Kenya. The risk of HIV acquisition rose by 18 percent for each one percent increase in alpha-4 beta-7 protein. The authors show a similar association in monkeys that were vaginally exposed to a simian form of HIV.

The mechanism for the immune system damage likely was HIV-related damage to the gut, the scientists report, as higher pre-infection levels of alpha-4 beta-7 were associated with higher levels of a biological marker of gut damage.

The scientists found that HIV targets CD4+ T cells displaying alpha-4 beta-7 very early in infection, particularly in the gut. In this regard, the researchers looked at data from the US Military HIV Research Program-led RV254 clinical trial at the Thai Red Cross in Bangkok, Thailand, and found that starting antiretroviral therapy (ART) right after HIV diagnosis did not prevent the depletion of CD4+ T cells from the gut or facilitate reconstitution of the depleted cells.

“Our findings suggest that having a high frequency of alpha-4 beta-7-expressing CD4+ T cells, which HIV preferentially infects, leads to more HIV-infected CD4+ T cells moving to the gut, which in turn leads to extensive damage to gut-based immune cells,” said Dr Anthony S. Fauci. Dr  Fauci co-authored the paper as chief of the Laboratory of Immunoregulation at the National Institute of Allergy and Infectious Diseases (NIAID), part of NIH. He also is director of NIAID.

The study was led by Dr Lyle McKinnon, and Dr Aida Sivro, Ph.D., both researchers at the Centre for the AIDS Programme of Research in South Africa (CAPRISA) in Durban, South Africa. Dr McKinnon is also an assistant professor in the Rady Faculty of Health Sciences at the University of Manitoba in Winnipeg, Canada, and an honorary lecturer at the University of Nairobi in Kenya.

“These findings suggest that interventions in addition to ART may be needed to restore CD4+ T cells in the GI tracts of people living with HIV,” said Dr McKinnon. “One such intervention could be an anti-alpha-4 beta-7 antibody called vedolizumab, which is FDA-approved for the treatment of ulcerative colitis and Crohn’s disease.”