Scientists have identified identified key regulators that are essential for controlling the inflammatory response in Crohn’s disease and multiple sclerosis. 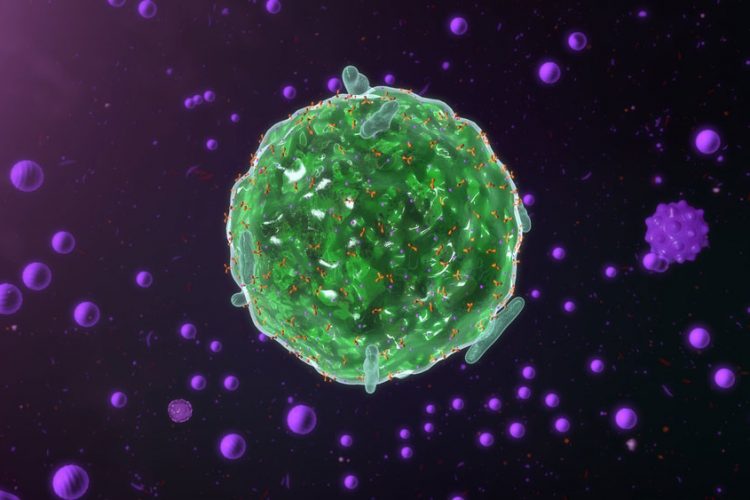 Inflammatory diseases such as Crohn’s disease and multiple sclerosis have been linked to faults in a critical immune pathway that enables inflammation to continue unchecked. Researchers from the Walter and Eliza Hall Institute in Melbourne, Australia, have shed new light on how this immune response is controlled, and hope it could lead to new drugs for people with these chronic diseases.

A NOD to inflammatory diseases

Mr Che Stafford, Dr Ueli Nachbur, Professor John Silke and colleagues at the Institute led the research, which was published in Cell Reports.

The critical immune pathway in question is the NOD2 pathway, which detects and responds to bacterial invaders by releasing inflammatory signals to fight the infection.

Inflammatory diseases such as multiple sclerosis, Crohn’s disease (an inflammatory bowel disease) and inflammatory skin diseases have been linked to faults in how the NOD2 pathway is regulated.

Dr Nachbur said faults in how the NOD2 pathway was controlled could enable the cell to continue to cause inflammation long after the bacterial threat has passed, leading to chronic inflammatory diseases.

“Inflammation occurs when our immune cells release inflammatory messengers, or cytokines, which is a normal response to disease. However when too many cytokines are produced, inflammation can get out-of-control and damage our own body – a hallmark of inflammatory diseases,” Dr Nachbur said.

Mr Stafford said the research team showed that a protein called xIAP was the ‘master controller’ that initiated inflammation via the NOD2 pathway.

“We revealed that xIAP was the key to initiating the inflammatory response in these cells,” Mr Stafford said. “We also showed that, once the NOD2 pathway trigger is initiated, the cells need a second, amplifying step to complete a full-strength immune response.”

Knowing the key players in the entire NOD2 pathway, from initiators to enhancers, would pave the way for new strategies to treat inflammatory diseases, Mr Stafford said.

“Targeting key components of the NOD2 pathway shows promise as a way of switching off ongoing inflammation associated with diseases such as Crohn’s disease and multiple sclerosis.

“In 2015 our research team showed that blocking a different protein in the NOD2 pathway could halt inflammation, and was able to halt the progression of multiple sclerosis in a preclinical model. So it is very exciting to identify other potential targets for treating these diseases,” he said.

Clarifying how the NOD2 pathway was regulated on a molecular level was important for developing new treatments for inflammatory diseases, Dr Nachbur said.

“Chronic inflammatory conditions such as Crohn’s disease and multiple sclerosis have a very significant impact to people’s lives and new, targeted treatments are urgently needed.

“xIAP has other roles in the cell, such as regulation of cell death, so it is a tricky target for treating inflammatory diseases. However these new discoveries provide us with vital information to develop new treatment strategies that could lead to a safe and effective way of switching off inflammation for treating disease,” Dr Nachbur said.