iPS cells could serve as an effective cancer vaccine 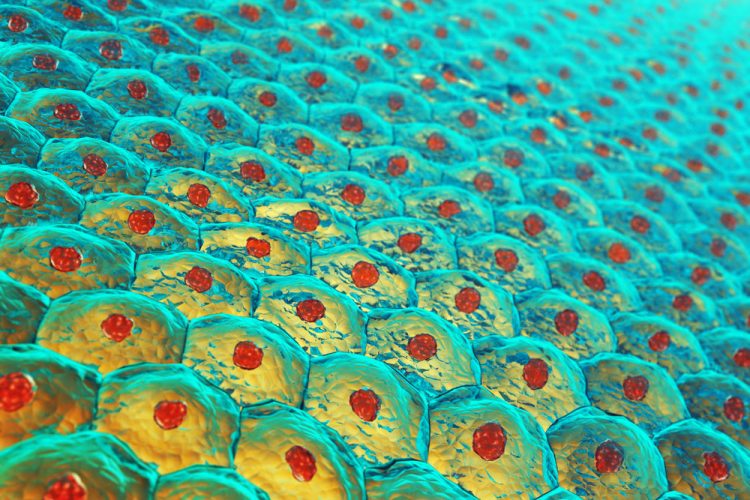 Induced pluripotent stem cells, or iPS cells, are a keystone of regenerative medicine. Outside the body, they can be coaxed to become many different types of cells and tissues that can help repair damage due to trauma or disease.

A study in mice from the Stanford University School of Medicine suggests another use for iPS cells: training the immune system to attack or even prevent tumours.

The results suggest it may one day be possible to vaccinate an individual with his or her own iPS cells to protect against the development of many types of cancer.

These cells, as a component of our proposed vaccine, have strong immunogenic properties that provoke a systemwide, cancer-specific immune response

The iPS cells work as an anti-cancer vaccine because, like many cancer cells, they resemble developmentally immature progenitor cells, which are free from the growth restrictions built into mature cells that make up the body’s tissues. Injecting iPS cells that genetically match the recipient, but that are unable to replicate, can safely expose the immune system to a variety of cancer-specific targets, the researchers found.

“We’ve learned that iPS cells are very similar on their surface to tumour cells,” said Dr Joseph Wu, director of Stanford’s Cardiovascular Institute and Professor of Cardiovascular Medicine and of Radiology. “When we immunised an animal with genetically matching iPS cells, the immune system could be primed to reject the development of tumours in the future. Pending replication in humans, our findings indicate these cells may one day serve as a true patient-specific cancer vaccine.”

“These cells, as a component of our proposed vaccine, have strong immunogenic properties that provoke a systemwide, cancer-specific immune response,” said Dr Nigel Kooreman. “We believe this approach has exciting clinical potential.”

To make iPS cells, researchers collect cell samples from an easily accessible source like skin or blood. The cells are then treated with a panel of genes that make them rewind their developmental clock to become pluripotent, allowing them to become nearly any tissue in the body. One key test of pluripotency is the ability of the cells to form a tumor called a teratoma, which is composed of many different cell types, after the cells are injected into animals. (IPS cells used in regenerative-medicine therapies are grown in the presence of other proteins to encourage them to specialise, or differentiate, into specific cell populations before being used clinically.)

Cancer cells also have long been known to echo many features of developmentally immature cells. As part of their cancerous transformation, they often shed the naturally occurring mechanisms that serve to block inappropriate cell division and instead begin proliferating rapidly.

Dr Wu and Dr Kooreman wondered exactly how closely iPS and cancer cells resemble one another. They compared the gene expression panels of the two types of cells in mice and humans and found some remarkable similarities, suggesting that these cells share proteins on their surfaces called epitopes that could serve as targets for the immune system.

To test this theory, they used four groups of mice. One was injected with a control solution, one received genetically matching iPS cells that had been irradiated to prevent the formation of teratomas, one received a generic immune-stimulating agent known as an adjuvant, and one received a combination of irradiated iPS cells and adjuvant. All animals in each group were injected once a week for four weeks. Lastly, a mouse breast cancer cell line was transplanted into the animals to observe the potential growth of tumors.

One week after transplantation, all mice were found to have developed tumors of the breast cancer cells at the injection site. Although the tumors grew robustly in the control groups, they shrank in size in 7 out of 10 mice vaccinated with iPS cells plus the adjuvant. Two of these mice were able to completely reject the breast cancer cells and live for more than one year after tumor transplantation. Similar results were obtained when Dr Kooreman and his colleagues transplanted a mouse melanoma and mesothelioma (a type of lung cancer) cell line into mice.

Dr Kooreman and his colleagues further found that immune cells called T cells from vaccinated mice were able to slow the growth of breast cancer cells in unvaccinated mice. Conversely, these T cells also blocked the growth of teratomas in mice injected with nonirradiated iPS cells, showing that the activated T cells were recognising epitopes that are shared between the breast cancer cells and the iPS cells.

“This approach is particularly powerful because it allows us to expose the immune system to many different cancer-specific epitopes simultaneously,” Dr Kooreman said. “Once activated, the immune system is on alert to target cancers as they develop throughout the body.”

The researchers next would like to study whether the approach works in samples of human cancers and immune cells in a laboratory setting. If successful, they envision a future in which people could receive a vaccine comprised of their own irradiated iPS cells as a way to prevent the development of cancers months or years later. Alternatively, the iPS cells could potentially be used as a part of the standard of adjuvant care after primary surgery; chemotherapy or radiation therapy, or both; or immunotherapy as a way to treat established cancers.

“Although much research remains to be done, the concept itself is pretty simple,” Wu said. “We would take your blood, make iPS cells and then inject the cells to prevent future cancers. I’m very excited about the future possibilities.”

The study has been published online in Cell Stem Cell.