Researchers in the US have undertaken meta-analysis studies to ascertain the optimum approach for doctors treating rare mixed phenotype acute leukaemia (MPAL). They found that a less-toxic regimen gives better results. 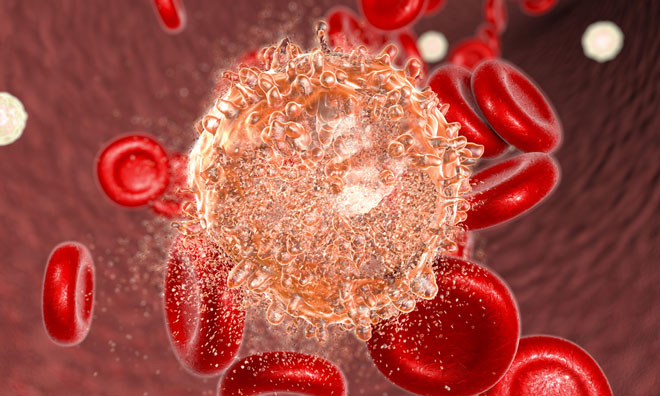 The study – a quantitative synthesis of 20 years of scientific literature – found that starting MPAL treatment with a less-toxic regimen is associated with clear benefits that include achieving remission and possibly long-term survival.

MPAL accounts for two to five per cent of leukaemia cases and has been historically difficult to treat, with five-year survival rates of less than 50 per cent. The disease affects both children and adults displaying characteristics of two more-common forms of leukaemia: acute lymphoblastic leukaemia (ALL) and acute myeloid leukaemia (AML).

Currently, physicians are faced with the options of either treating patients with therapy for ALL or AML, or a hybrid of both. The problem is that there is a distinct lack of consensus regarding which approach is best.

Elucidating on the reasons for this, Etan Orgel, MD, MS – a specialist in MPAL and physician at the Center for Cancer and Blood Diseases at Children’s Hospital Los Angeles – explained: “Because this disease is so rare, we haven’t had clinical trials with thousands of patients to define the optimal therapy. Instead, we have many small, isolated and often-conflicting case reports published in widely diffuse journals around the world. It’s disjointed.”

To make better sense of the available research and provide clearer treatment guidance for physicians, Orgel and a team of CHLA researchers embarked on the first-ever systematic review and meta-analysis of observational studies on MPAL. The team searched more than 17,000 published studies, eventually narrowing that list to 252 relevant papers from 33 countries covering 1,499 patients.

Their review included studies using both the European Group and World Health Organization definitions of MPAL.

Their key finding was that patients initially treated with ALL therapy – a significantly less-toxic regimen – were three to five times more likely to achieve a complete remission than AML-treated patients.

What was clear, however, was that patients given hybrid therapy fared the worst.

“This makes a really convincing case that starting with ALL therapy is beneficial on all fronts, from remission to overall survival – if not from increasing survival, then from decreasing side effects,” says Maria Maruffi, MD, first author on the study.

Researchers say the next step is a national clinical trial for this rare disease.

“This research provides key insights to help guide physicians treating patients walking in the door today,” says Orgel, associate professor of Clinical Pediatrics at the Keck School of Medicine of the University of Southern California. “But it also highlights the critical need for a clinical trial to definitively determine the best therapy for MPAL and help move treatment for this rare disease forward.”

The findings were published online in the journal Leukemia.