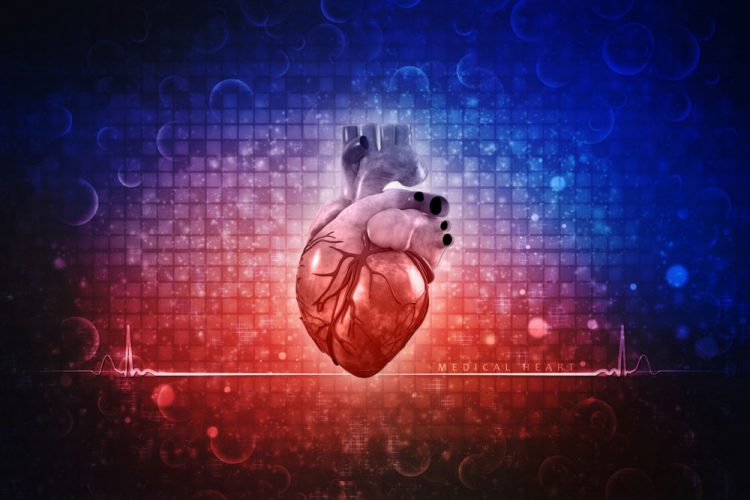 Researchers have discovered that accumulation of a type of lipid, known as ceramides, plays a crucial role in lipotoxic cardiomyopathy (LCM)–a heart condition that often occurs in patients with diabetes and obesity. The study also identified several potential therapeutic targets that could prevent or reverse the effects of LCM.

“We have used Drosophila as a model to show that elevated levels of ceramide–driven by genetic or dietary manipulation–is sufficient to induce LCM,” says Dr Rolf Bodmer, Professor and director of the Development, Aging and Regeneration Program at Sanford Burnham Prebys Medical Discovery Institute (SBP) and senior author of the paper. “This is the first direct evidence of the association between ceramides and heart dysfunction and supports previous indirect evidence in other animal models. Importantly, we were able to inhibit LCM symptoms by inhibiting ceramide synthesis.”

Ceramides play a complex role in the heart. They help form cellular membranes but can accumulate when we eat too much fat or consume excess calories, causing cardiovascular issues, such as ventricular thickening, weakened contractility and heart failure.

From a therapeutic standpoint, this work outlines the opportunity to control ceramide levels to treat LCM

The research team used a variety of methods to manipulate ceramide levels in Drosophila hearts. They showed that feeding the flies ceramides and reducing expression of genes that break down these lipids have similar, negative effects. They also found that reducing ceramide levels too much caused characteristic symptoms of ‘restrictive cardiomyopathy.

“Elevation or reduction of ceramide levels causes specific forms of lipotoxic cardiomyopathy,” says Dr Bodmer. “Too much or too little ceramide is detrimental to heart function–the levels need to stay within a well-balanced range to ensure robust cardiac function.”

This conclusion was based on a variety of genetic and pharmacological methods to increase and decrease ceramide levels, all pointing to ceramides playing a central role in LCM. These studies also reinforce fruit flies as an excellent genetic model to shed light on what causes or aggravates cardiac disorders because many of their metabolic control systems are also found in mammals.

“From a therapeutic standpoint, this work outlines the opportunity to control ceramide levels to treat LCM. In fact, we identified dozens and tested ten ceramide-interacting proteins (CIPs). Ceramide can affect these molecules through a variety of mechanisms, ultimately leading to apoptosis (programmed cell death), heart muscle protein instability or deregulation of lipid metabolism, to name a few,” says Dr Bodmer.

“In particular, we saw promising results from a protein called dIAP1. By overexpressing this protein, we inhibited protein breakdown enzymes called caspases, thereby alleviating many LCM symptoms. We also identified Unc45, a muscle protein maintenance factor that can be turned down by ceramides,” Bodmer explains.

“For example, if this interaction between Unc45 and ceramide is preventing Unc45 from performing its normal maintenance, then screening for small molecules that blocks that interaction could be an avenue to find therapeutics that help Unc45 maintain its role in optimising muscle protein function.”

These findings could influence research in a number of areas, including diabetic cardiomyopathy and cancer. The Bodmer lab is currently studying how these lipids influence breast cancer in patients where obesity is a risk factor.

“We see upregulation of ceramide levels in certain cancer cell lines,” said Dr Walls. “By targeting these interactions, we could manipulate cancer establishment or progression.”

The research has been described in Cell Reports,