KIF5A gene associated with the development of ALS 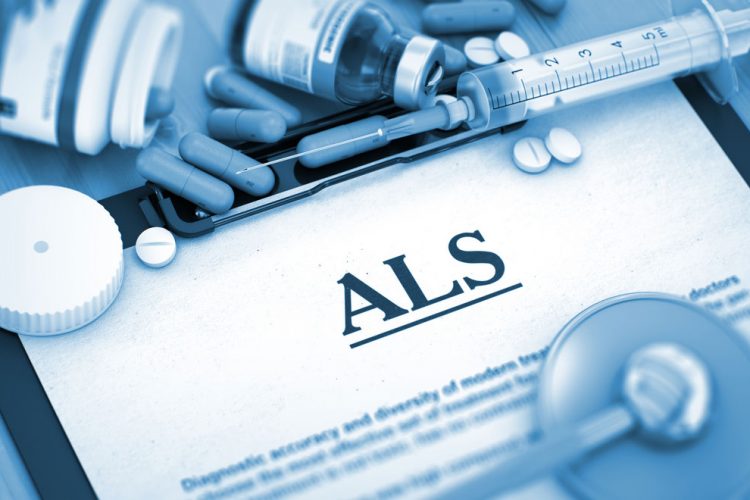 An international team of researchers has identified KIF5A as a new gene associated with the development of amyotrophic lateral sclerosis (ALS). The discovery advances the understanding of what causes ALS and further implicates the role of cytoskeletal defects in the axon as a common factor in the disease. It points to the cytoskeleton as a potential target for new drug development.

“Axonal transport deficits and cytoskeletal alterations are a pathological and genetic hallmark in ALS patients. Treatments that potentially stabilise or repair the cytoskeleton give us a target for developing drugs with the capability of treating both familial and sporadic ALS.”

ALS is a progressive neurodegenerative disease that affects neurons in the brain and the spinal cord. People with ALS slowly lose the ability to initiate and control muscle movement, which often leads to total paralysis and death within two to five years of diagnosis. While 10 percent of ALS is familial in origin because of a genetic defect, the other 90 percent of ALS cases are considered sporadic, or without a family history. However, it is likely that genetics contribute, directly or indirectly, to a much larger percentage of ALS cases.

The axon, a long, slender nerve fibre that projects from neurons, carries electrical impulses and other information in the form of proteins to nearby muscle cells. Defects in the structure that makes up the axon, called the cytoskeleton, can impair the neuron’s ability to communicate with these cells. Similar defects in this function and cytoskeleton have been implicated by several genes that cause ALS.

KIF5A functions within neurons to transport material up and down the axon, a process known as axonal transport. KIF5A accomplishes this by acting like a chairlift transporting people and moving along cables in the axon’s cytoskeleton. The KIF5A protein sits between the cables that run up and down the length of the axon and anchor, or carry, the materials being transported. Without KIF5A, materials that would otherwise be transported become marooned.

“Mutations in KIF5A join a growing list of known cytoskeletal-related gene mutations and strengthens the evidence of a role for cytoskeletal defects in the pathogenesis of ALS,” explained Landers.

KIF5A also mediates the transport of RNA and RNA binding proteins. In so doing, it provides a link to a second pathway considered to be involved in ALS pathogenesis, RNA processing.

KIF5A mutations have been identified in patients with a rare form of hereditary spastic paraplegia (HSP), a slowly progressive neurodegenerative disease; the mutation that causes HSP is located near the start of the KIF5A protein. This region of the protein binds to the cytoskeleton, similar to the cable grip of a chairlift car. In contrast, ALS mutations cause the KIF5A protein to be truncated near its end, so that it doesn’t make the full protein.

The KIF5A gene was discovered through a genome-wide search for ALS risk, comparing genomes from more than 20,800 ALS cases with 59,800 controls. Independently, a “rare variant burden analysis” was conducted on 1,138 familial ALS cases and 19,494 controls. Both approaches identified KIF5A as a novel gene associated with ALS.

The next step for Dr Landers and colleagues is to better understand not only how truncations of the KIF5A protein lead to ALS, but also why do changes in a single amino acid near the beginning of the KIF5A protein cause HSP. This will include the development of novel mouse models with either ALS or HSP mutations. Additionally, induced pluripotent stem cells from ALS and HSP patients that have the KIF5A gene will be used to further explore the difference and commonalities resulting from these two mutations. The goal, ultimately, is to facilitate the design of therapeutic approaches for these diseases.

“Funding from the ALS Association was instrumental for this project,” said Dr Landers. “This study represented the largest collaborative genetics effort in ALS.”

The ALS Association provided support for the Project MinE ALS Sequencing Consortium, the NYGC ALS Consortium, the Clinical Research in ALS and Related Disorders for Therapeutic Development (CReATe) Consortium, and the Genomic Translation for ALS Care (GTAC) Consortium.

“Without the accomplishments and participation of each one of these groups, we would not have been successful in identifying this ALS gene,” said Landers.

The study has been published in the journal Neuron.